Young boy graduates as one of Akwa Ibom top students, gains admission into university to study Engineering 8 years after he was accused of being a witch

A young boy, Ernest, has graduated as one of Akwa Ibom´s top students and gained admission into university to study Electricrical Engineering 8 years after he was accused of being a witch and ostracised in his community.

According to Danish aid worker, Anja Ringgren Lovén, who rescued him, Ernest graduated on Friday, January 29, 2022.

She also revealed how the youth leaders in the community tried to burn Ernest alive one night they found him sleeping in the bushes. Read her post below:

In January 2014 a Danish documentary photographer Thoeger Kappel Nielsen came to Nigeria to film our work. It was the first documentary I made out of many, aired on Danish television and National Geographic.

David and I had organized an educational program in one of the more hostile communities where a lot of children were accused of being witches. We invited the community leaders and paramount rulers who all came from the nearby villages to participate in the program.

What we were not prepared for was how a peaceful event suddenly turned into a dangerous situation.

After some hours of educating on children´s rights some of the villagers suddenly brought a young boy and literally threw him very aggressive on the ground in front of David and I telling us that he was a witch and that we should take him away or they would kill him.

It was the day David and I rescued Ernest.

When we were about to leave the villagers suddenly surrounded our car, opened the car door and grabbed Ernest´s arm and tried to pull him out while the car was moving. I was sitting next to Ernest, pregnant at the time, but just grabbed Ernest´s other arm to push him back into the car. It was a chaos.

It´s 8 years ago today and through the years I have shared some parts of Ernest´s inhuman and horrible experiences living on the streets for 2 years, outcasted by the entire community, accused of being a witch.

I have shared updates about how the youth leaders tried to burn Ernest alive one night they found him sleeping in the bushes. The pain of the fire woke him immediately and he managed to escape. But his friend was not that lucky.

During the time Ernest struggled to survive alone on the streets, he met another boy accused of being a witch. They became good friends and helped each other to survive.

That night when the youth leaders tried to burn Ernest alive, they caught his friend.

Ernest was hiding in the bushes and witnessed how they killed his friend. They put a rope around the boys neck and tied him to the back of a car and drove him around until he was dead.

Ernest remember how his friend fought for his life trying to breathe while the car dragged him around. He was only 9 years old.

I don´t have any words to describe how proud I am. Not only did Ernest graduate, he graduated as one of the top students of the entire school and it´s one of the high standard secondary schools where the competition is very high among the most intelligent students in the entire state !!

8 years ago when we rescued Ernest he did not speak or write one word of English. But it only took him a few months before he was almost fluent in English. Not only has Ernest always studied hard, his determination to overcome challenges and his strong will to survive is an inspiration to all of us.

8 years ago Ernest was accused of being a witch, yesterday he graduated as one of Akwa Ibom´s top students and next month he will start university to study electric engineering !

Thanks to everyone who supports Land of Hope. Ernest has come this far because of you

I cried all day yesterday. I was very emotional. Please help me send your Congratulations to Ernest. 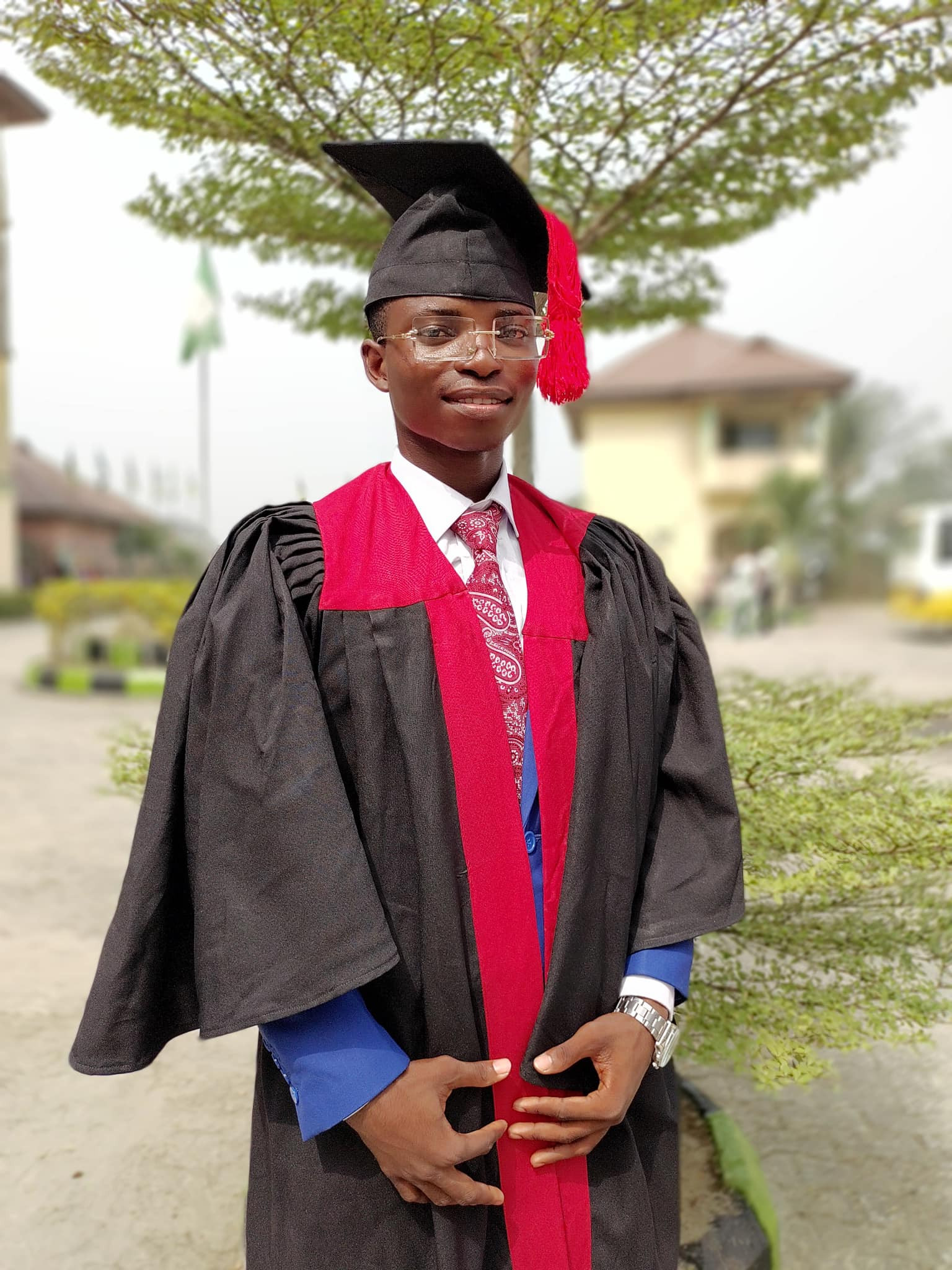 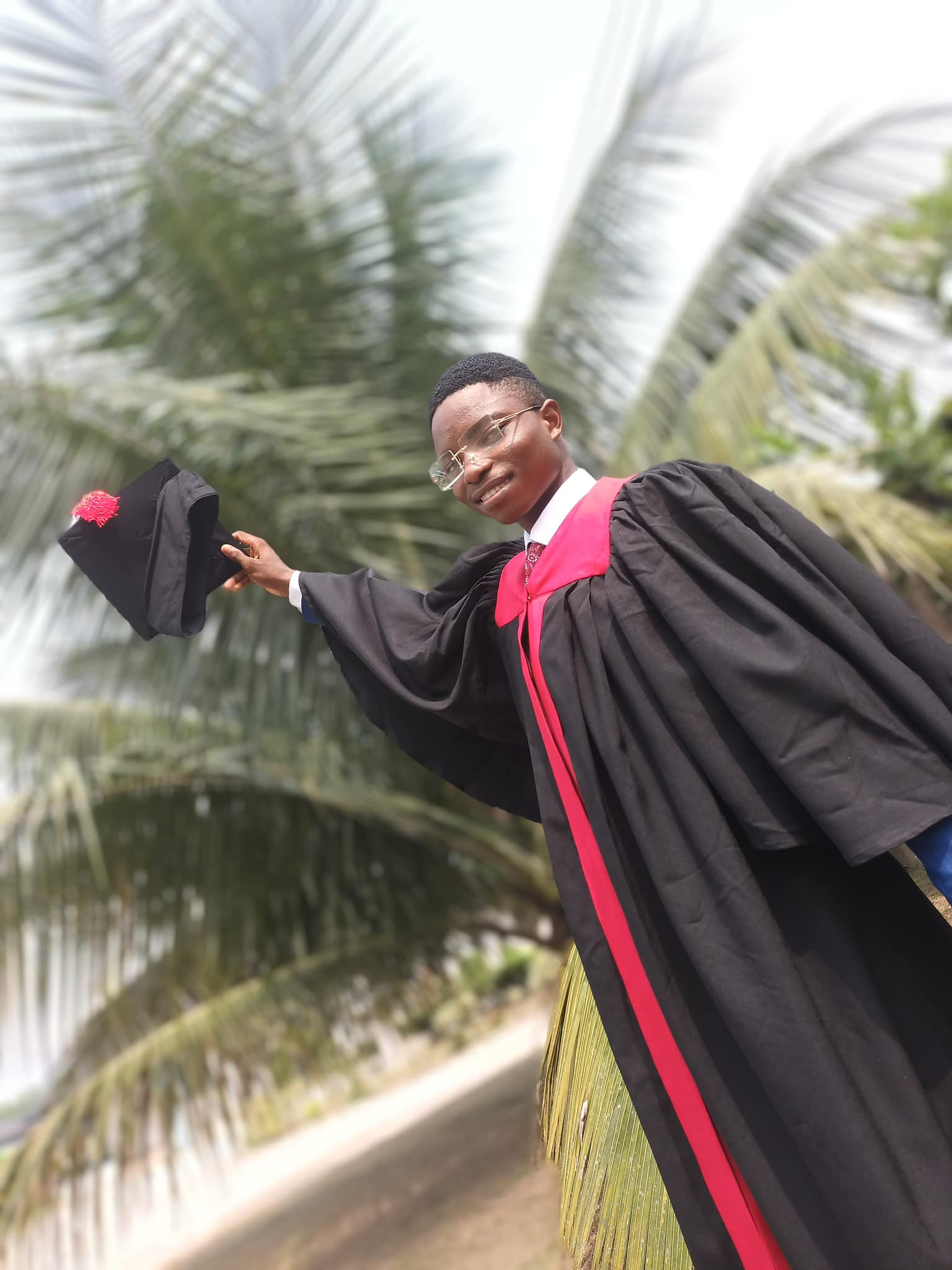 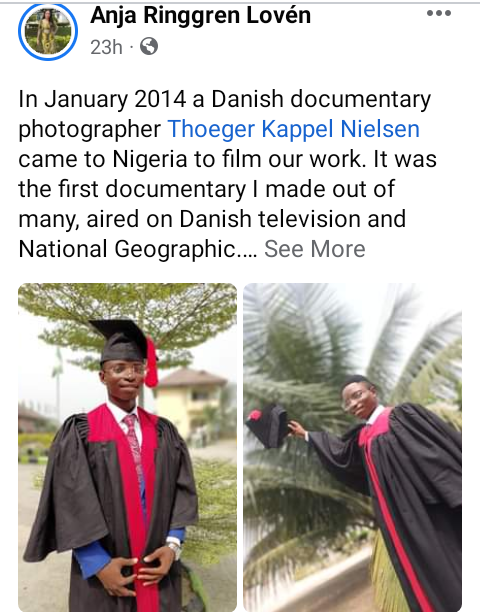 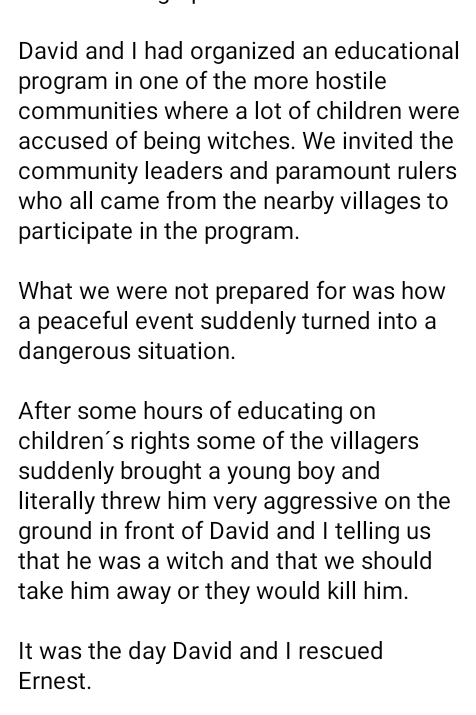 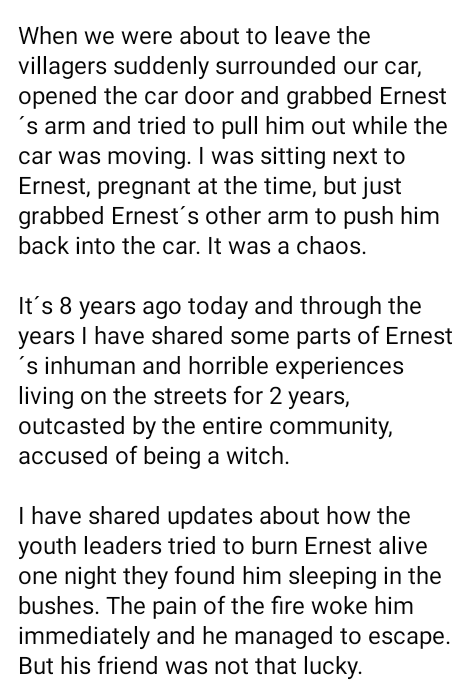 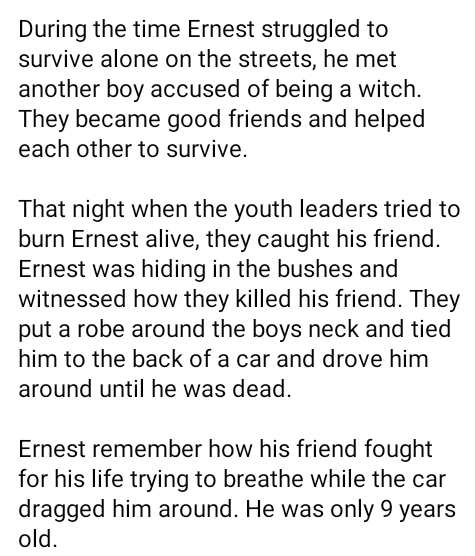 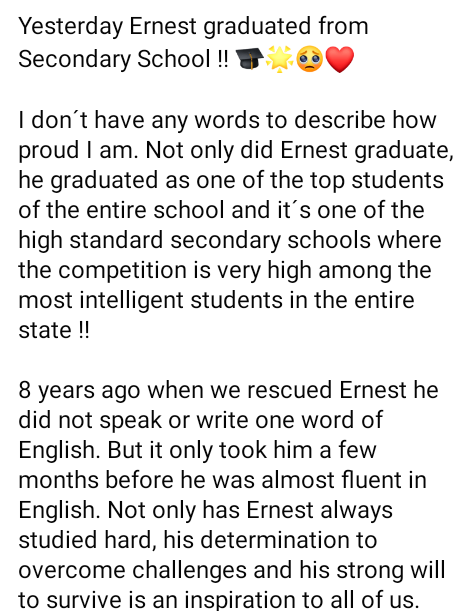 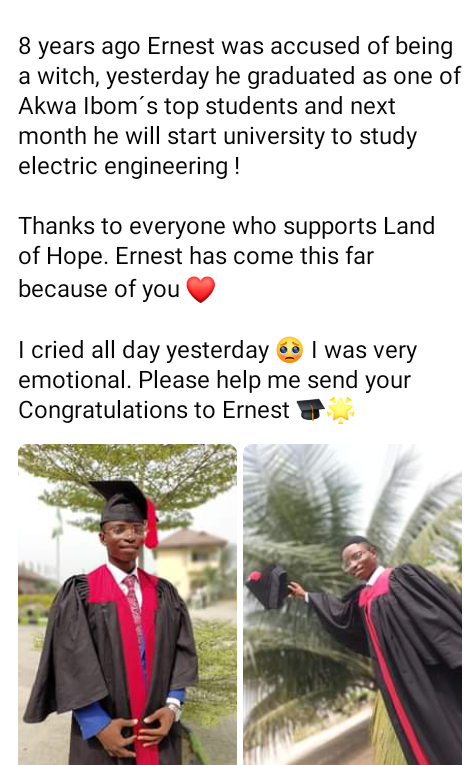