Kim Kardashian has taken a subtle swipe at estranged husband, Kanye West, as she discussed the importance of never saying anything bad about your ex in front of your children.

This comes after a weekend of public attacks towards her from Kanye where he accused her of keeping their kids from him and letting their 8-year-old daughter, North, use TikTok.

The 41-year-old reality star made the comments as she posed for a stunning Vogue cover shoot in which she also reflected on finding the strength to get a divorce.

Kanye has since deleted the posts where he criticized Kim, but talked about her on Instagram again on Wednesday, February 9, as he shared a snap of Kim and their four children from the Vogue Shoot, that he captioned: ‘GOD PLEASE BRING OUR FAMILY BACK TOGETHER’. 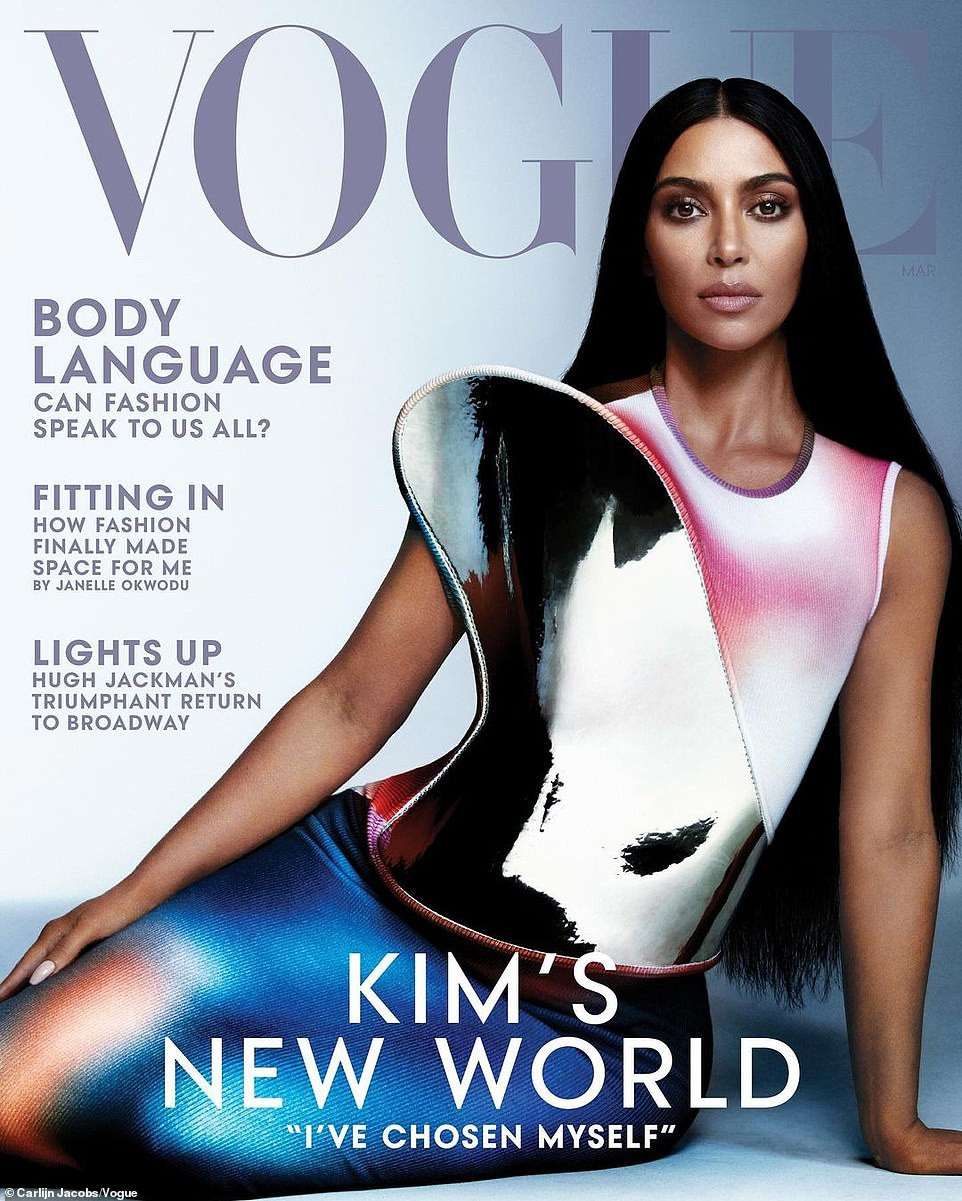 Talking about how she copes with co-parenting, Kim told the fashion bible that it’s important to always think about how their words could impact their children, North, 8, Saint, 6, Chicago, 4, and Psalm, 2.

‘You could be so hurt or angry at your ex, but I think in front of the kids, it always has to be “Your dad’s the best.” Make sure you are your co-parent’s biggest cheerleader, no matter what you’re personally going through.’

Kim also revealed that it was pursuit for happiness that prompted her decision to file for a divorce last year following nine years of marriage.

‘For so long, I did what made other people happy and I think in the last two years I decided, I’m going to make myself happy. And that feels really good. And even if that created changes and caused my divorce,

‘I think it’s important to be honest with yourself about what really makes you happy. I’ve chosen myself. I think it’s okay to choose you. My 40s are about being Team Me. I’m going to eat well. I’m going to work out. I’m going to have more fun, spend more time with my kids and the people who make me happy.

‘I’m going to put my phone down. Unfollow if I don’t want to see something on Instagram. Khloé came up with the best phrase for that yesterday. She said, “Post and ghost.”‘

Kim who is known for her sense of style famously relied on Kanye to act as her stylist.

When asked of what she will do now that Kanye and herself are no longer an item, she said;

‘I always think, What will be next?

‘Because I always had Kanye, who knew exactly what the next fashion era would be for me. And there’s something scary about being out there on your own, but also something so liberating.

‘Who knows? I might just be in Skims and be so comfy and casual and wear no makeup, and that might be what I feel like representing to the world. Maybe it’s just not that serious.’

Kim revealed why she changed her phone number and Kanye didn’t have it.

She said she changed it in order to make herself feel less pressure to respond to people so quickly.

‘I was in the Bahamas, and the people I was with said, “We’re on f***ing vacation. We haven’t been on vacation in a long time.” And then they threw their phones in the ocean. I was like, “What? What? What? Am I allowed to do that?”‘

‘I just try to live my life and be happy for people. And I think when you just live your life like that, you block it out. It’s like a racehorse that puts on blinders so they can see clearly and straight.

‘You’ve got to just be that racehorse, put on those blinders, and go. And if you start trying to see to the right or the left of you, you’re going to trip up.’