“Wizzy! take and f**k my girlfriend” – Excited man offers his girlfriend to Wizkid during concert

A young man who is certainly a staunch member of Wizkid FC, the generic name for fans of iconic Nigerian singer, Wizkid offered his girlfriend to his idol during one of his recent concerts.

The singer was in the thick of affairs during a concert, which was staged in Warri, Delta State and while blowing his fans away with his performance, a man excitedly screamed at the singer that he’s offering him his girlfriend. 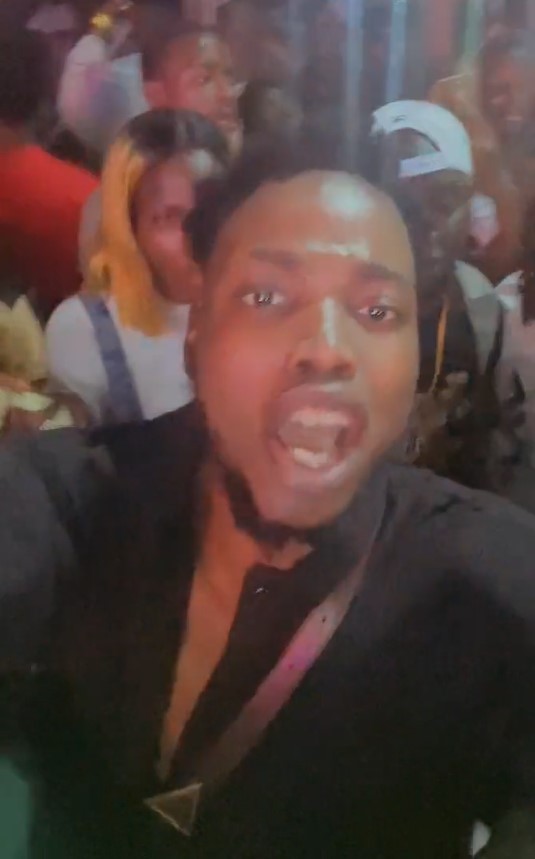 The man who was clearly having a swell time as the singer performed one of his hit tracks, filmed the singer during which he shouted that he should have his girlfriend.