There were whispers in December that Tems was allegedly pregnant for Big Wiz. According to the blogger who shared the gist on IG, Wizkid’s and his Babymama/manager were trying to keep it hush-hush.

However, social media users started believing the rumours when Tems went off social media for 1 month and 2 weeks. Some even commented that it might be true and Tems might have gotten rid of the baby.

This morning, during a Q&A session on Jada’s Twitter account, A fan asked her if she found the rumours about Tems and Wizkid annoying.

Jada admitted that she found the rumours annoying. Jada revealed that Tems is the best female artist to come of this continent and she dislikes the negative publicity attached to her name.

According to her, Tems’artistry is unmatched, but haters are always trying to bring her down with false narrative, perception and of course, pregnancy rumours.

Jada Pollock warned Nigerians to stop spreading rumours that Tems is pregnant for her baby daddy and allow Tems to celebrate Essence’s achievements in peace. 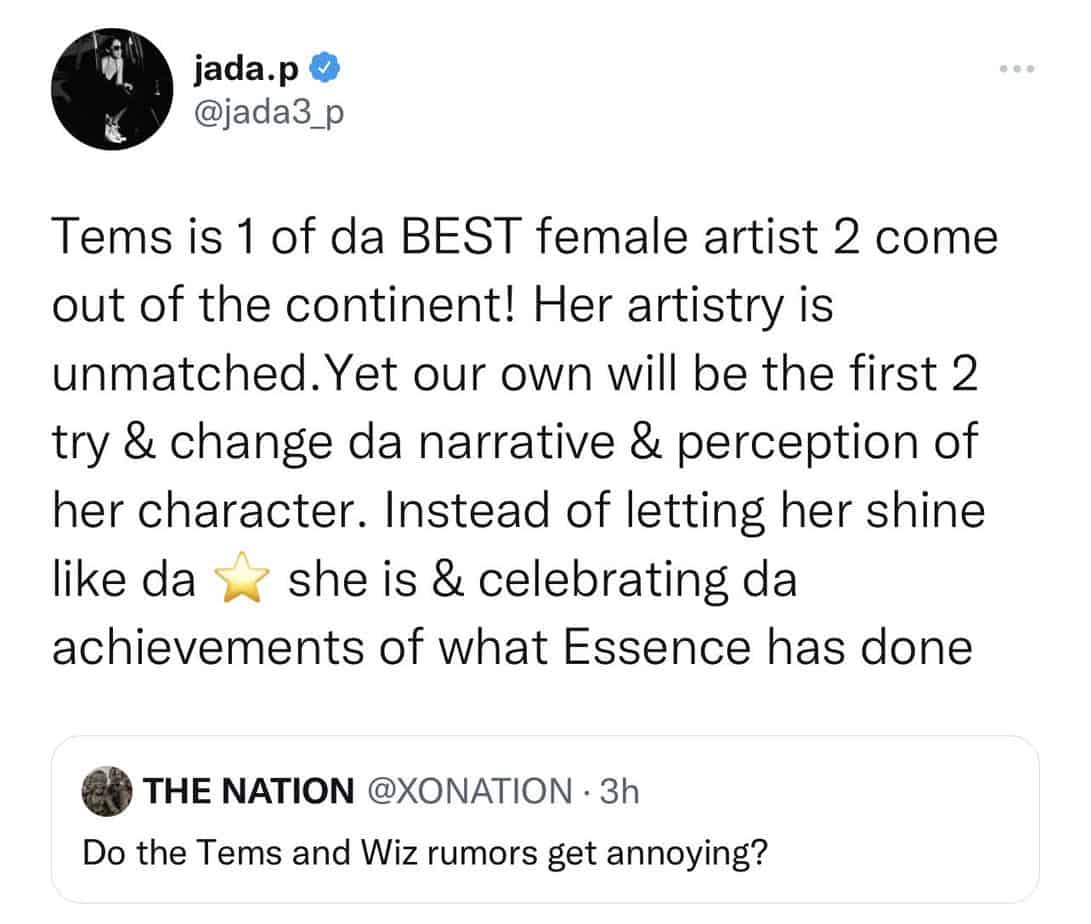