A 38-year-old mother of five, who was shot six times in her home in KwaZulu-Natal, South Africa, has died in hospital on Monday, February 21.

The children were buried on Saturday, February 19.

Three armed men approached their home on February 11 and opened fire on the mother and her children. 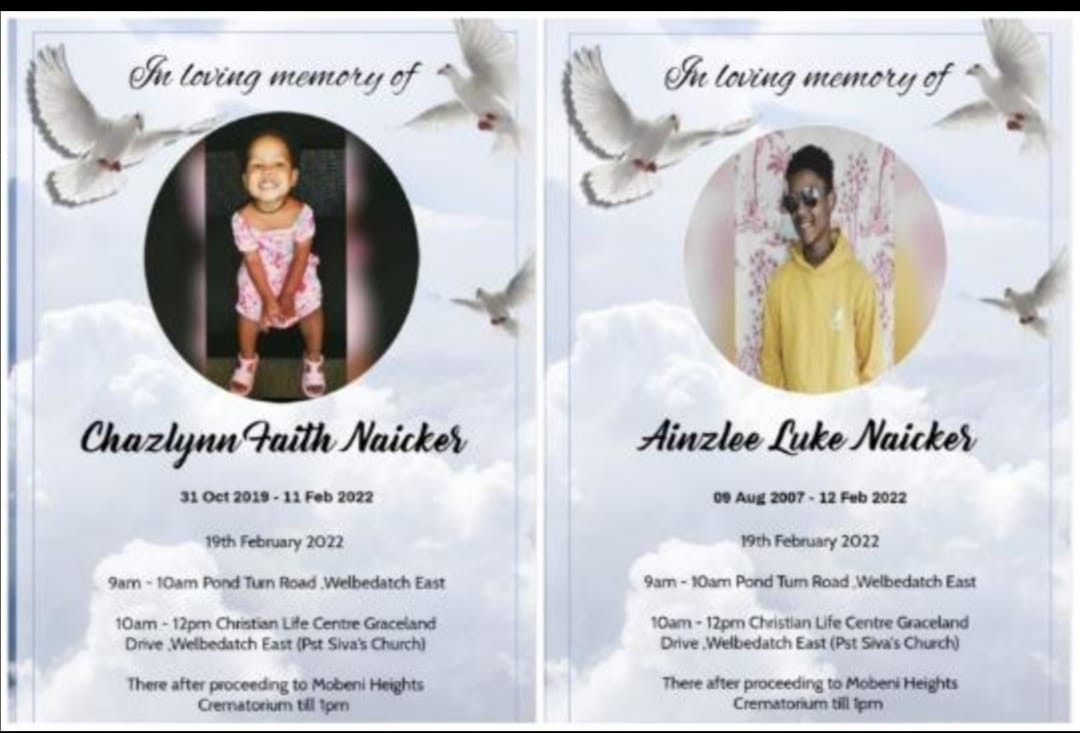 Naicker was unaware her children had died while she repeatedly whispered their names from her hospital bed.

Her sister Samantha Windvogel, a ward councillor in Durban, told TimesLIVE that her sister died during the early hours on Monday morning.

“How do I pick up the pieces? My mother is a wreck,” she said.

Windvogel broke the news to Naicker’s three children, aged five, seven and 11, who were unharmed in the shooting.

“They are children. It will hit them soon. I look at them and think, how can this be? How did this happen?

“I am sitting here thinking, what do I do? I have to console my mother. We recently held  funerals for two of our loved ones and have to plan another. Where do we go from here?”

“When my mother heard gunshots, she ran next door. My sister was hanging over the stable door. There was blood everywhere. The children were on the floor in the house. Neighbours took them to hospital but the children did not make it,” she said.

Windvogel described her nephew as the family joker. She said he attended the Durban School for the Hearing Impaired with his 11-year-old sister.

“He was her protector. I am sure he would have tried to protect my sister on Friday because that is was how he was. He was always looking out for us.”

Windvogel said her niece was the light of the family.

“She was the baby and light of our lives. Who kills a baby? I don’t know why this happened. I can’t understand it.”