Sources have it that a student of the University of Lagos, Olorunfemi Adeyeye, who was suspended in 2016 by the school’s authorities, has finally been reinstated.

Adeyeye, a student of the Department of Building, alongside some students’ union leaders, was suspended for participating in a protest on April 6 and 8, 2016.

The protests led to the school being shut and the indefinite suspension of the students’ union body. 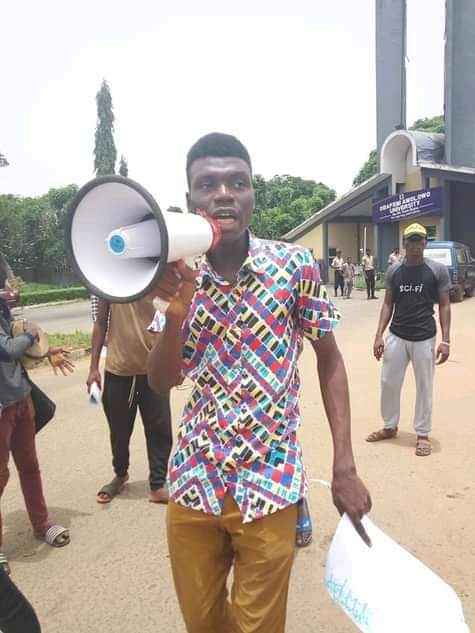 Adeyeye was also accused of criticising the leadership of the institution on their inability to manage situations as “democrats” in a Facebook article tilted: The Senate of the University of Lagos; a conglomeration of academic ignorami, which he published on social media platforms. 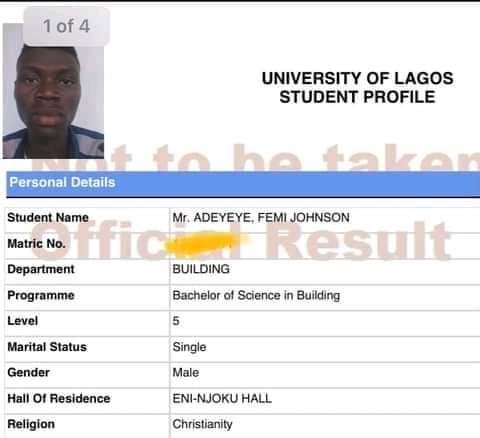 While under suspension, the school authorities also accused Adeyeye of leading a team tagged ‘Save Unilag Coalition’ comprising of individuals from the National Association of Nigerian Students into the school campus to disrupt the activities of the office of the Dean of Student Affairs on March 31, 2016.