Russia has said that a diplomatic solution to its possible invasion of Ukraine and its escalating standoff with the West is still possible.

In a televised meeting, Monday night, February 14, President Vladimir Putin and Russian foreign minister, Sergei Lavrov said diplomatic talks had not yet been been exhausted despite amassing 130,000 troops to Ukraine’s border, and US warnings of an invasion on Wednesday.

The comments come after several nations urged their citizens to leave Ukraine, and the US said aerial bombardments could begin “at any time”. 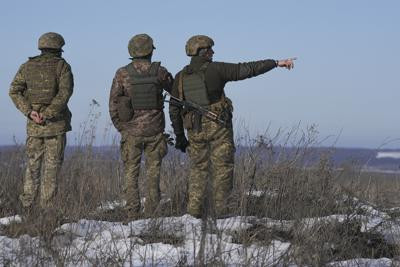 The Kremlin says it cannot accept that Ukraine – a former Soviet republic with deep social and cultural ties with Russia – could one day join Nato, and has demanded that this be ruled out. Nato’s members have rejected this request.

In a socially-distanced TV appearance on Monday, Putin asked his Foreign Minister Sergei Lavrov if there was a chance to reach an agreement with the West, or whether the diplomacy was “an attempt to drag us into an endless negotiation process?” 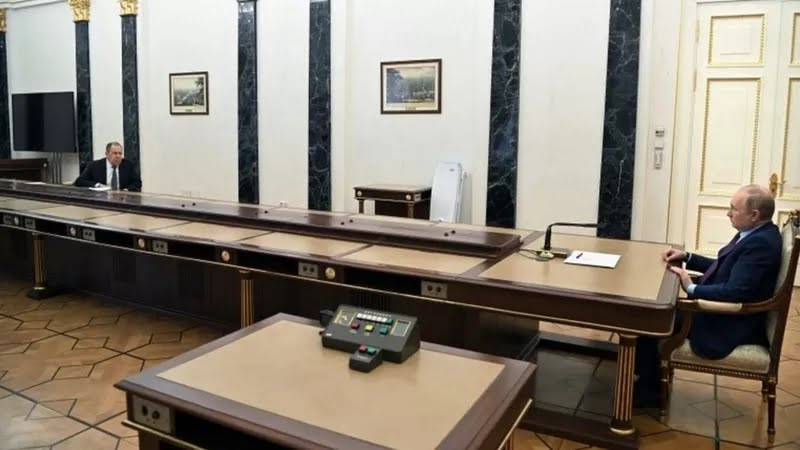 Lavrov replied that the “possibilities are far from being exhausted, they certainly should not continue indefinitely, but I would suggest continuing and ramping them up”.

Also at the Kremlin meeting, Russian Defence Minister Sergei Shoigu told Putin that some of the country’s military drills near Ukraine’s border had already ended and others were coming to a close.

Russia is holding massive joint exercises with Belarus, Ukraine’s northern neighbour. Moscow is also staging Navy shooting drills in the Black Sea and the Sea of Azov – to the south of Ukraine.

Also on Monday February 14, Ukrainian President Volodymyr Zelensky signed a decree declaring 16 February a day of unity. The date has been suggested by US officials as the earliest day for a potential attack by Russia.

The US  has also revealed it has sent eight more F-15 fighter jets to Poland to take part in Nato air patrols. This comes after the US sent extra 3,000 soldiers to Poland to boost Nato military strength in the region.