A law to criminalise “virginity repair” surgery, known as hymenoplasty, has been introduced by the British government.

Under an amendment to the health care bill added on Monday, Jan. 24, any procedure that attempts to reconstruct the hymen will be illegal no matter if the individual undergoing the surgery consents or not.

A growing number of clinics, private hospitals, and pharmacies offer the controversial surgery promising the restoration of virginity – with a large number of girls and young women coerced into the procedure, according to WION News.

The purpose of this procedure is to make a girl or woman bleed when she next has sexual contact by creating a fake hymen using scar tissue.

Since the government committed to criminalising virginity testing last July, campaigners, including doctors and midwives, had called for the surgery to be outlawed.

It is considered a form of violence against women and girls to engage in either of these practices.

The ban will provide vital protection to girls under family pressure, according to one British survivor of “honour” based abuse who was harassed by her parents for months into having the surgery.

Hymenoplasty can never be justified on medical grounds, says  Dr Edward Morris, president of the Royal College of Obstetricians and Gynaecologists.

He said that they have been campaigning for the introduction of a ban on both virginity testing and hymenoplasty alongside women’s health and rights organisations, as both are inextricably linked with violence against women and girls.

Neither of these practices have a place in the medical world and should never be performed, he said adding that any time they learn that someone is performing these procedures, they will inform the General Medical Council so that appropriate action can be taken. 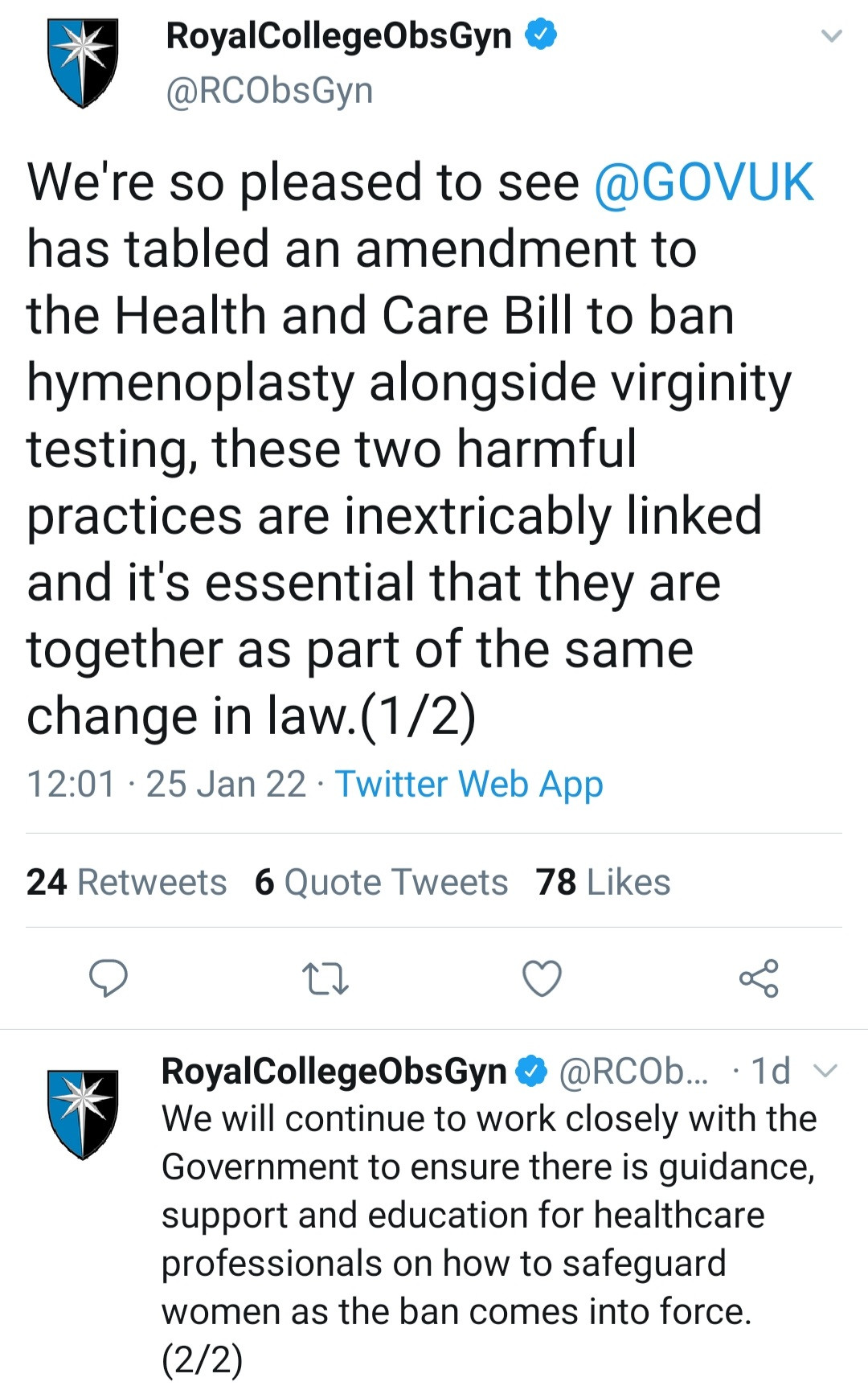