Ugly moment yahoo boy taunts white lady he scammed out of $3k; says she must sing ‘Zazuu’ lyrics to get her money back

A video making the rounds online captures the moment a yahoo boy taunts his white client after he scams her out of $3,000. 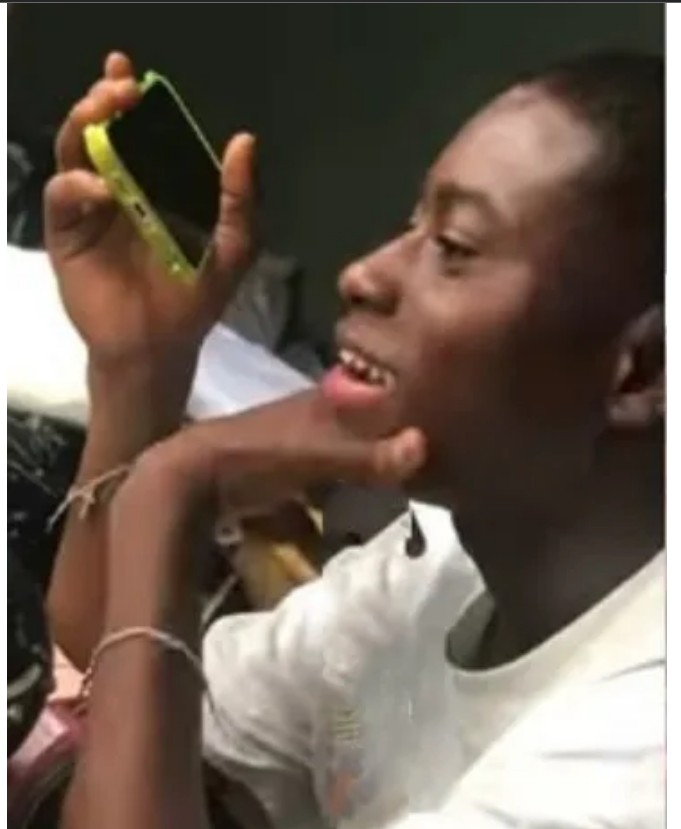 In the now viral video, the woman is heard asking that he return her money. The suspected internet fraudster then told her to sing the lyrics of Portable’s “Zazuu Zeh” accurately before he could grant her wish.

The rather disturbing video has stirred tons of reactions on social media, with many berating the young man.

“Sometimes when problem begins in our life, we start running helter and skelter, forgetting that we could have in one way or the other initiated it. Robbing people their hard earned money, and you call it smartness. Without knowing that the day of reckoning will come. Let’s all be careful, there’s hardship everywhere, but God never forgets his, if you are keened to his word, don’t let situation lead you astray.”

@denofdebaucheryparty, “I wonder why the yahoo kids these days show their faces on social media. ???”.