According to a Facebook user, Muhammad Kabir Orjiegbulam, the religious conversion took place at the Central Mosque in Ibagwa-Aka, Igbo-Eze South Local Government of the state on Friday, January 28.

Sharing photos of the new convert he wrote, 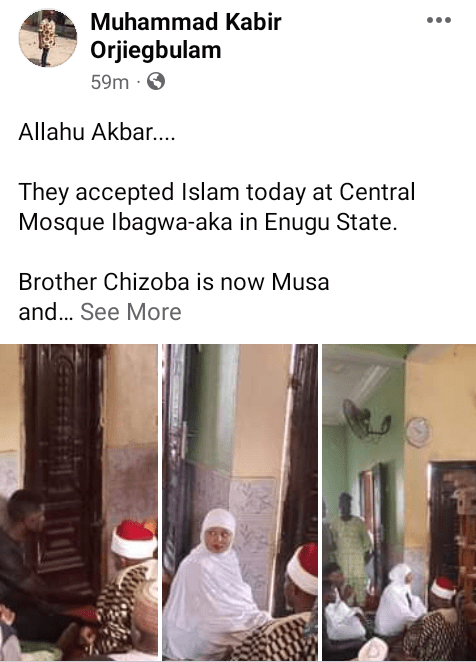 In other news, a Nigerian lady has got people talking after converted a masquerader to Christianity and made him remove his costume.

In the video that was shared on Facebook by a lady identified as Jubilee Christopher, the female preacher was seen preaching the gospel of Christ to the masquerader.

The masquerader confessed his “sins” and immediately removed his masquerade costume.

Sharing the touching video, the Facebook user wrote, “Even the gods declares ‘Jesus is Lord’ This is the season of turning and preparing many unto righteousness!!”