The actor proposed in front of a fireplace with a neon red “Lautner” sign hanging underneath dozens of red roses while the floor they were standing on was covered in petals and candles. People confirmed that the proposal took place on Thursday November 11, with the couple sharing photos from the proposal over the weekend.

In the first photo included in Lautner’s post, he and Dome are surrounded by rose petals and candles as he kneels on one knee in front of a fireplace while holding a small box in his hands. Dome stands opposite him with her hands covering her mouth. 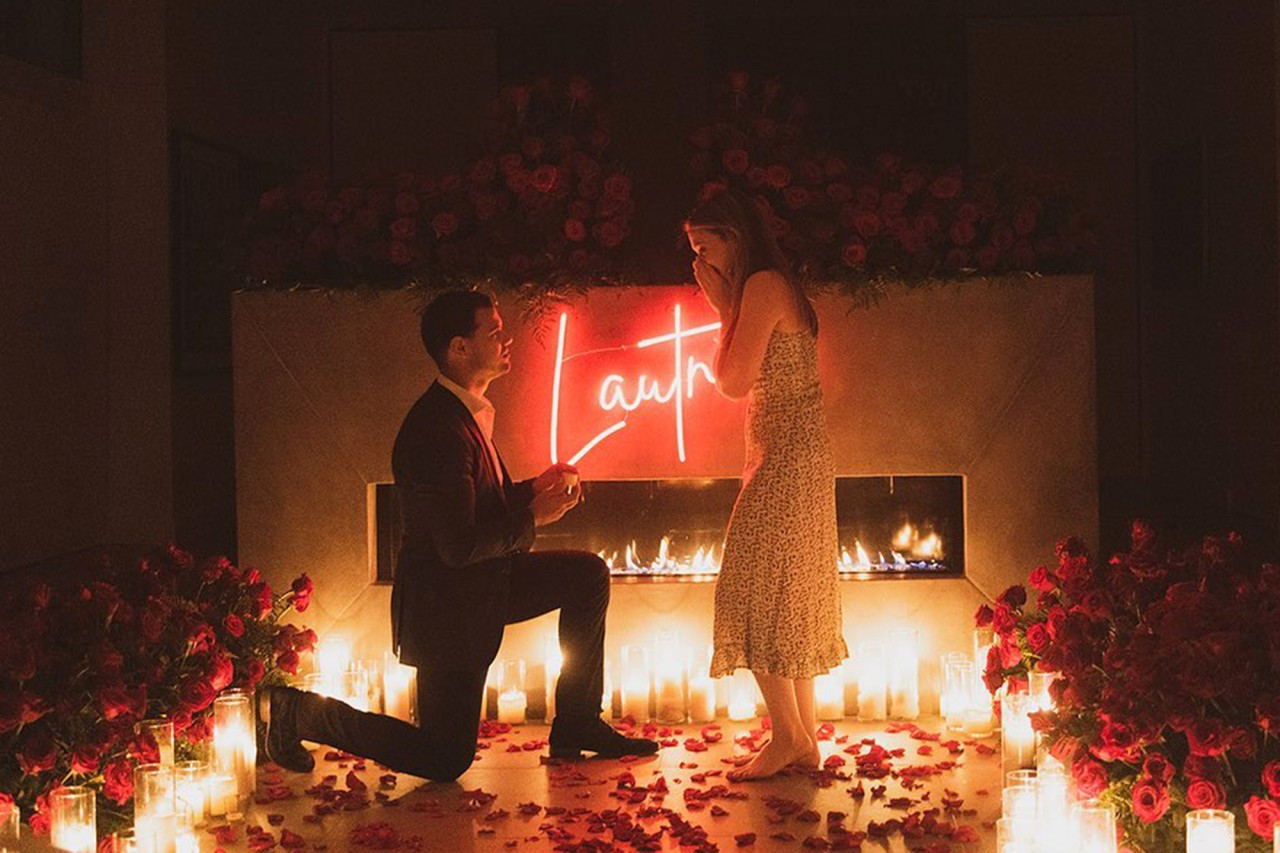 He proposed to Dome with a custom-designed oval cut diamond from Ring Concierge. In the second image, Dome kneels down beside him and holds Lautner’s face in her hands. Behind them, a neon sign spells out Lautner’s last name.

Dome posted the second photo to her own Instagram, where she captioned her post, “my absolute best friend,” adding, “I CANNOT WAIT TO SPEND FOREVER WITH YOU.” 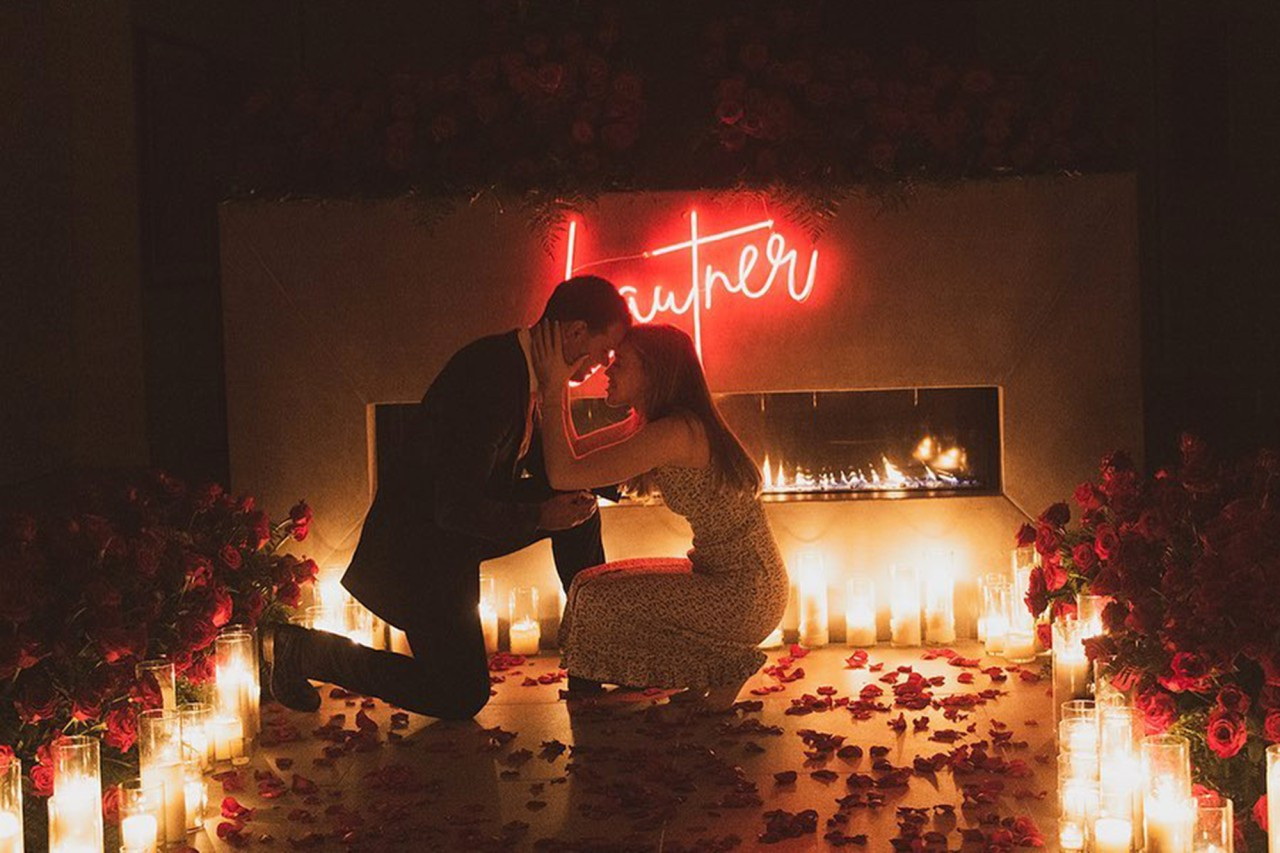 Makena Moore, Lautner’s sister, couldn’t contain her excitement for the couple, writing on Dome’s post, “I’M FINALLY GETTING A SISTER!!!!!!!!!!!!!!!” and adding in a second comment, “My best friends are getting MARRIED!!!!!”

Lautner and Dome, who works as a registered nurse, went public with their relationship in 2018, when he posted a photo in matching Halloween costumes. Since then, they’ve kept fans posted on their relationship on social media, where the pair frequently shares photos together.

Lautner dated actress Billie Lourd for about seven months before calling it quits in 2017. He was also in relationships with several other actresses, including Lily Collins, Maika Monroe, Maria Avgeropoulos and Selena Gomez in the years prior.

Lautner was also in a brief but highly publicized romance with Taylor Swift after the pair met while filming “Valentine’s Day” together. He later confirmed that her 2010 single, “Back to December,” is about their break up.

IG comedian, SydneyTalker celebrates his mum who could pass for his sister, as she turns a year older

THIS IS TOO MUCH!! Simi Takes Over Media With Astonishing Photoshoots (PHOTO)

“Double my rent, I’m winning too much to still be paying the same rent” — Singer BlaqBonez tells his landlord