A transgender man became pregnant while transitioning after having a one-night stand with a man he met on Grindr. Ash Patrick Schade, 28, from Huntington, West Virginia, had been two years into transitioning and was taking testosterone and estrogen blockers when he discovered he was pregnant in February 2020, following a Grindr hook-up.  “It had never occurred to me that I could get pregnant whilst on testosterone and estrogen blockers, as it’s such a rare occurrence,” Ash explained. 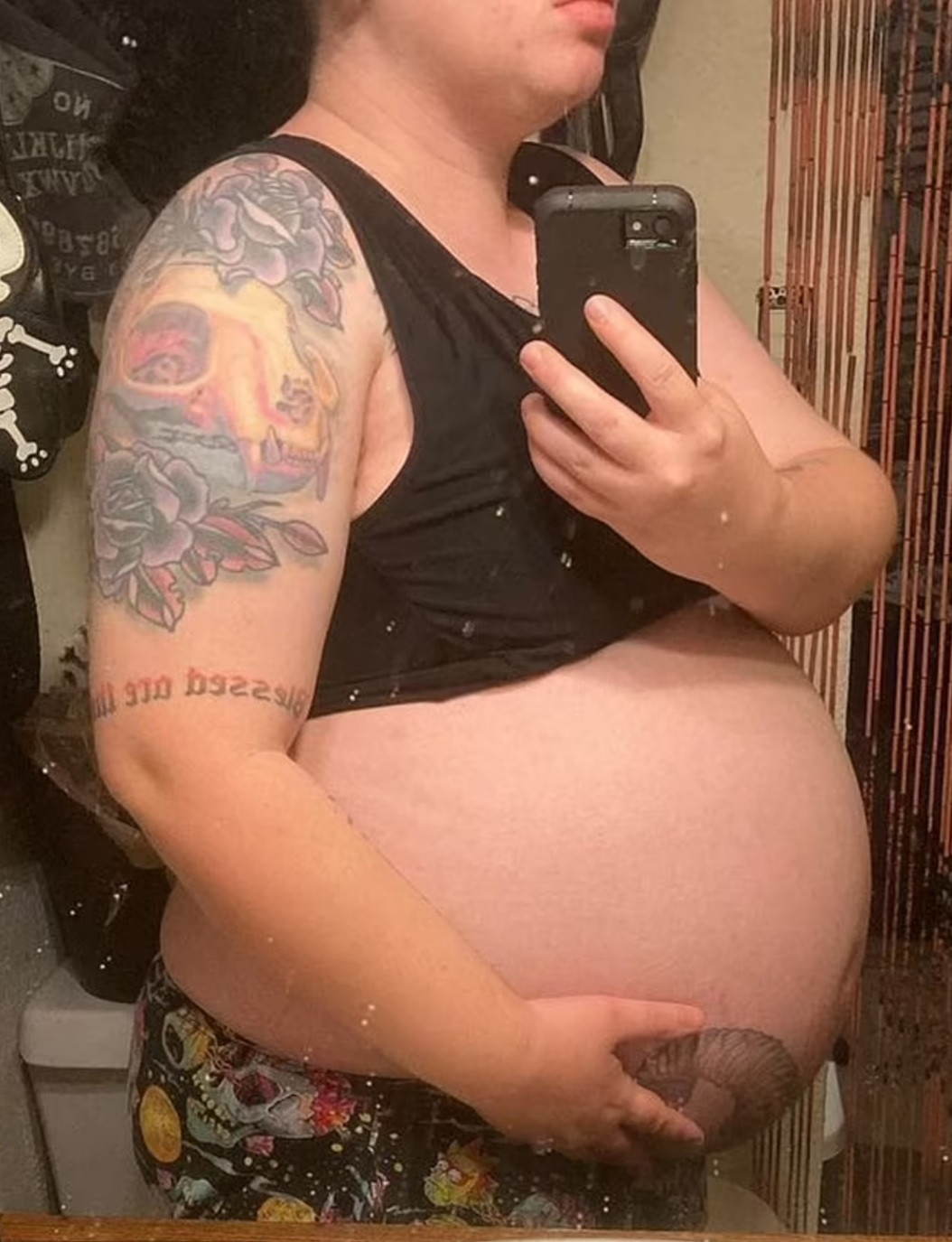 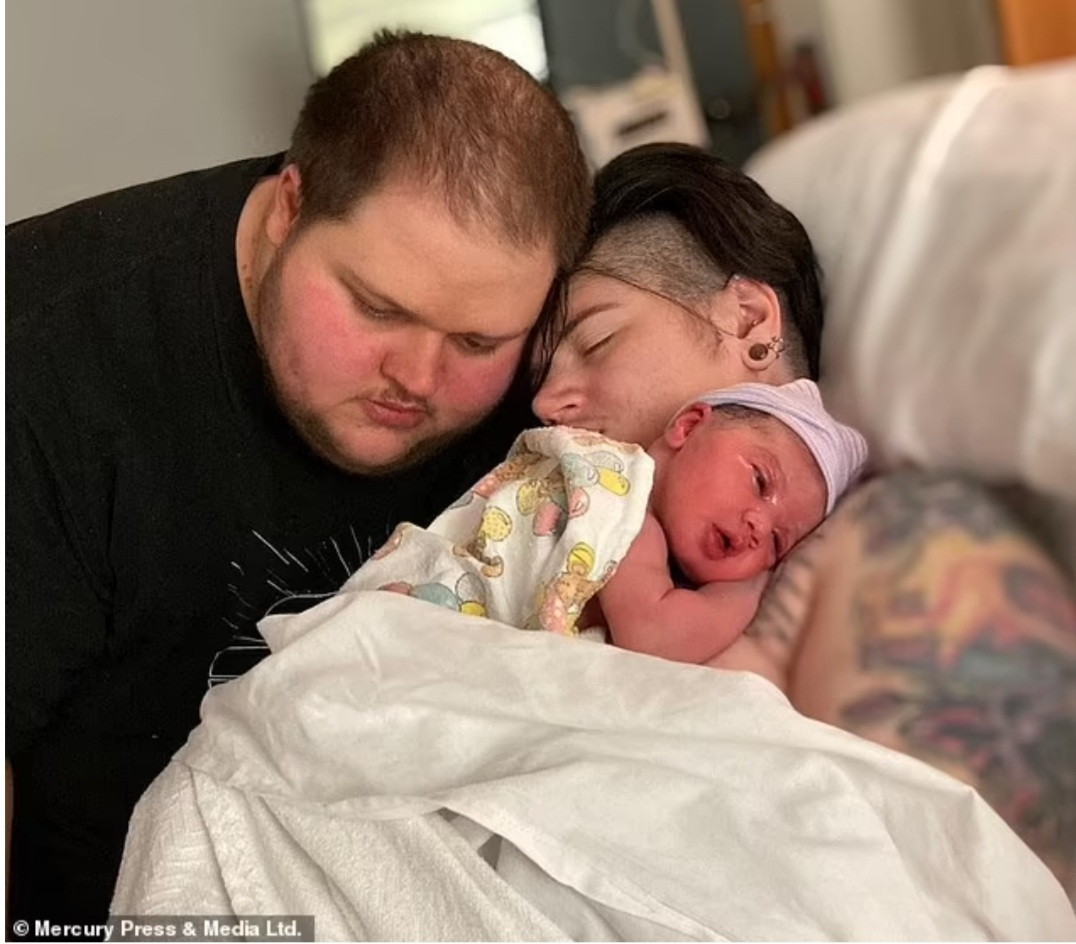 The couple are raising one-year-old Ronan together and Ash, who underwent top surgery to remove his breasts after the birth, says he is holding off on having full gender reassignment surgery so they can have more children together. 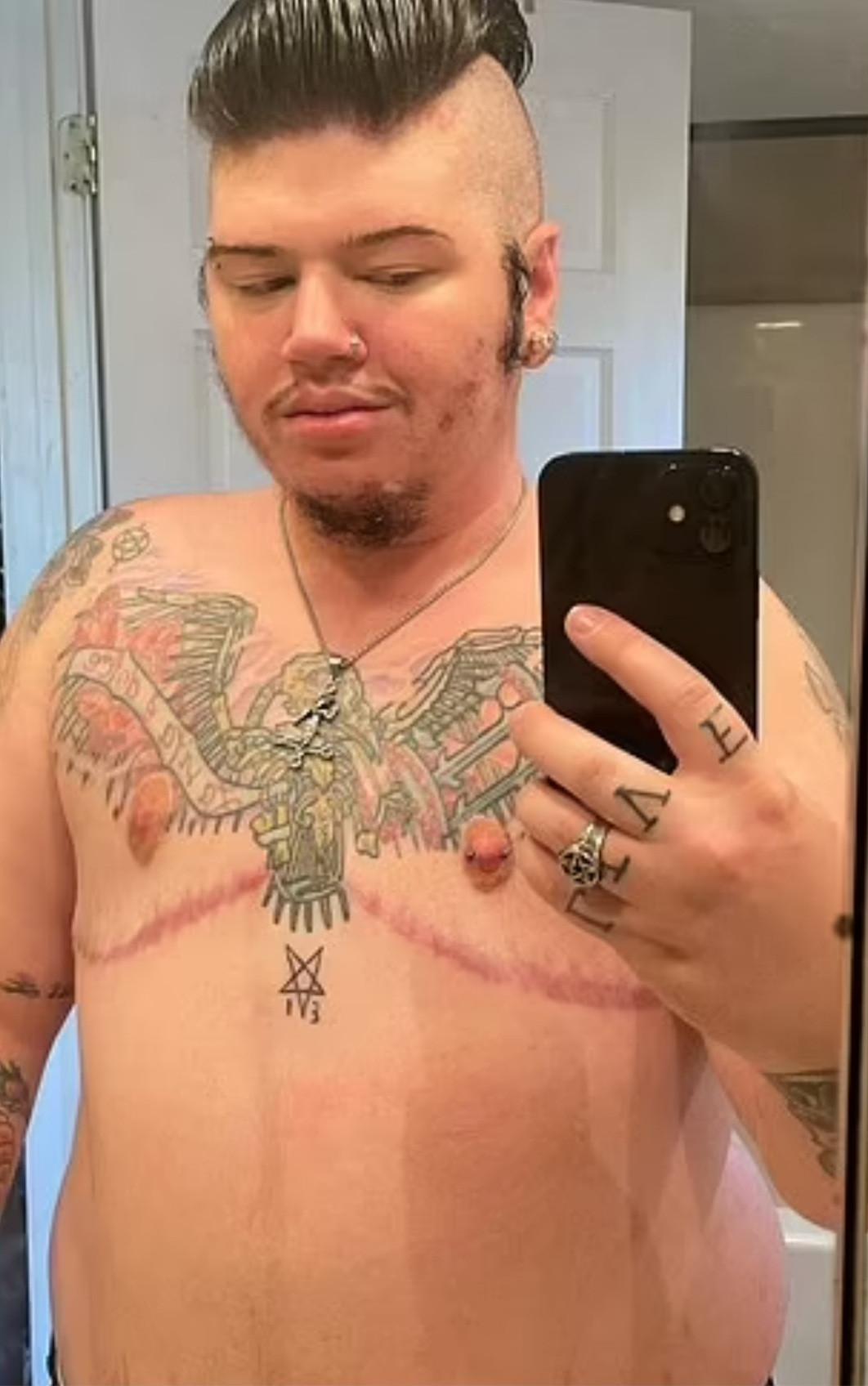 Ash, who was previously married to another man, explained: “I was going through a rough time from 2019 and 2020 and struggled with my mental health due to going through a divorce. “I ended up going on Grindr hook-ups and accidentally fell pregnant  “It was a huge shock, but I fell in love with my bump and pushed through the pregnancy, despite struggling with the dysphoria and medical risks.” Ash said he “felt like he was in the wrong body” for “as long as he could remember” and was sent to conversion therapy by his parents as a child, in the hope it would “fix” him.   “I hid my boobs and identified as a boy at school and went by Ash, and wore gothic dark clothes as a way to hide how I looked,” he recalled.  “Until one day, my mother, who does not wish to be named, sent me to school in a pink two piece for picture day and my teacher loudly declared that I was actually a girl called Ashley. 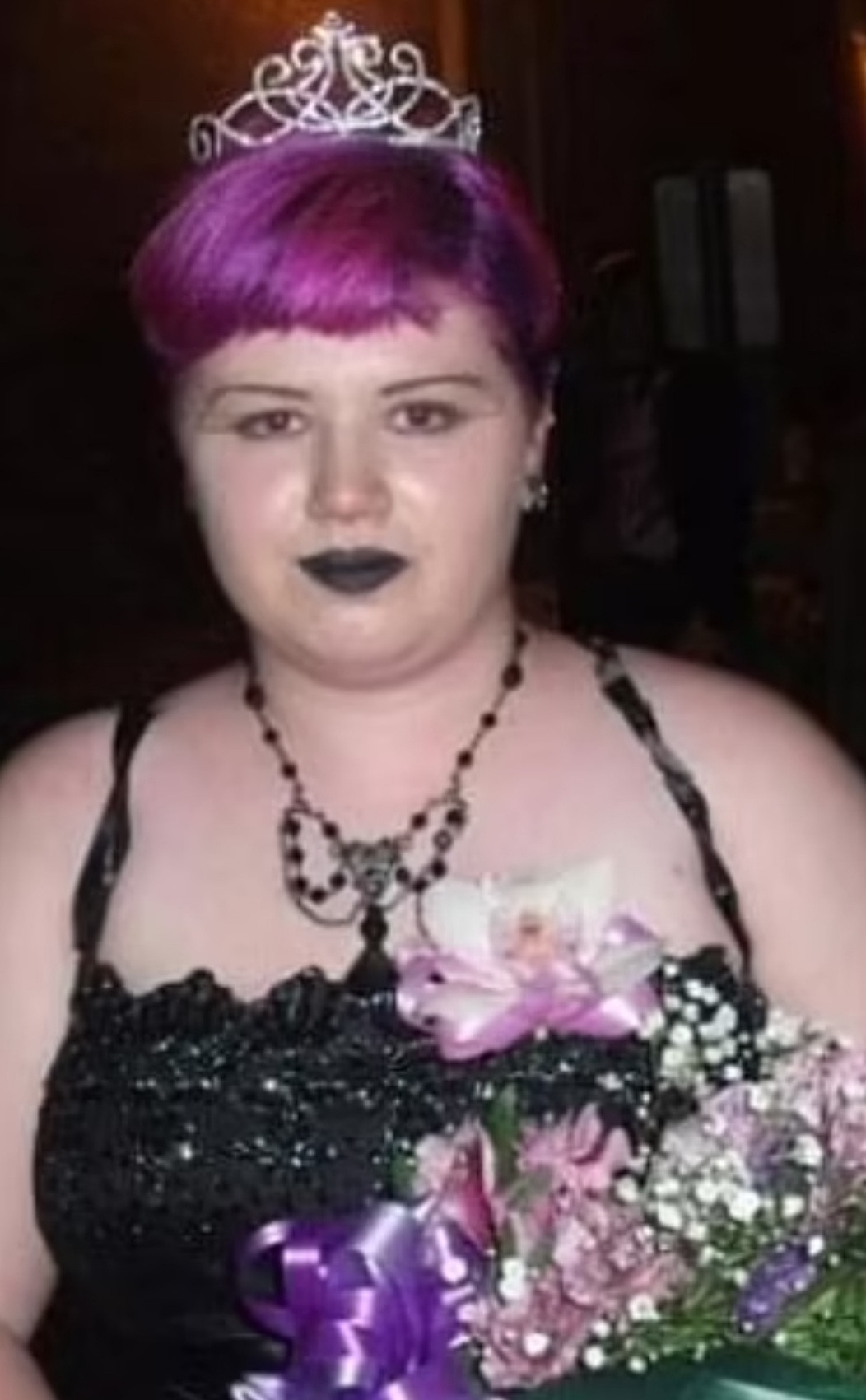 “I went from popular to a nobody overnight, with my then girlfriend’s mum calling my mum to ‘keep that gay slur of a child away from my daughter’. “I had a really horrible childhood and am a suicide attempt survivor from the gender dysphoria and trauma I went through.” Ash has credited the support of his friends, the online gay and trans community and the Satanic Temple, of which he is a member, for supporting him through his pregnancy journey. 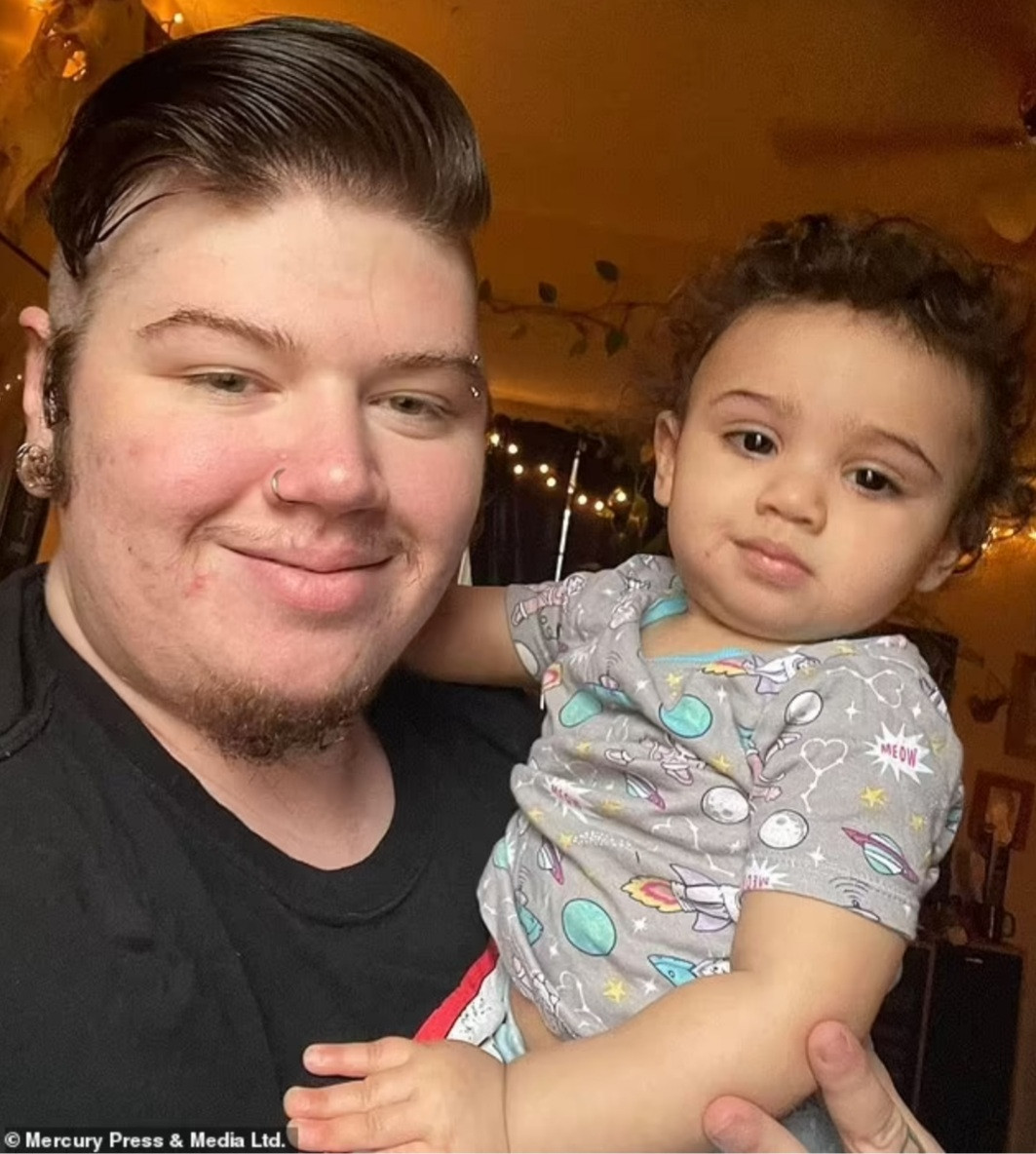 He explained: “Bringing life into the world as a ‘seahorse parent’ was incredible.” He said he is looking forward to telling Ronan how she was born as she grows up. “I want to be honest and open with Ronan the whole way, and explain to her that sometimes trans men can have babies,” he continued  “I can explain to her how I am both her mom and her dad. A lot of the time people will stop us whilst we are out and say that her mother must look beautiful, or if I’m out with Jordan they’ll ask where we adopted her. “So it’s usually quite an interesting conversation to begin when I explain it all to them.