Segun Wealth, the husband of celebrity stylist, Toyin Lawani, has reacted to allegations of abandoning his kids.

After the couple went public with their relationship, an Instagram blogger revealed that Segun Wealth is already married with children.

The blogger further alleged that Segun abandoned his first wife and kids for Toyin because of her wealth. But the couple who tied the knot in an all-black ceremony over the weekend, neither confirmed nor debunked the allegation.

However, in new development, Segun has indirectly confirmed that he has children with another woman.

In an exchange with a fan who congratulated him on his marriage to Toyin and also begged him to take care of his kids, Segun revealed that he takes care of his children and those of others.

He added that Nigerians won’t be shown that part, and it’s better they don’t show it because it is healthy for parenting. 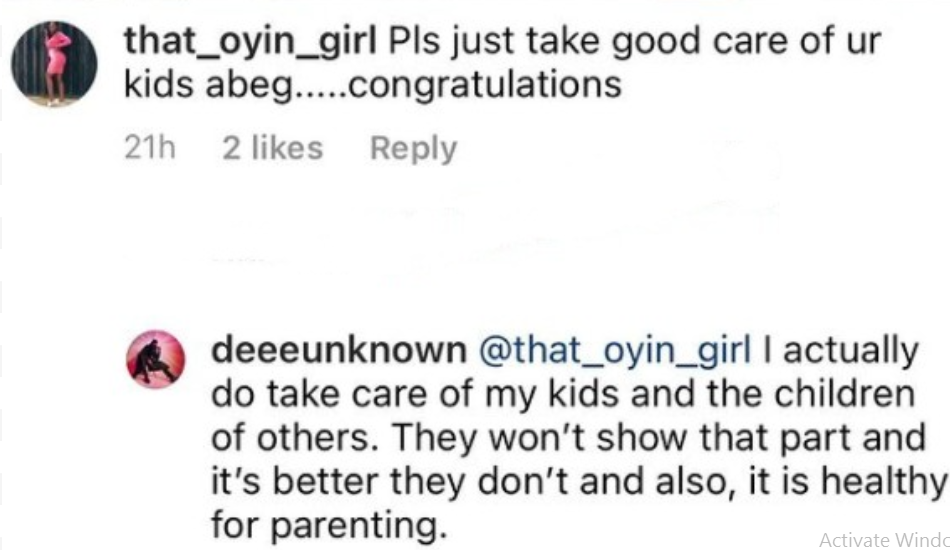 #BBNaija: “I felt unwanted by the housemates” – Kayvee speaks on exact reason for exiting the show

Update: Dora Akunyili’s husband struggled for life as onlookers did nothing after he was attacked (photos)