Recall that Wizkid bagged two nominations at the nomination ceremony and Tems will also be getting a grammy plaque if Essence wins the “Best Global Music Performance”.

Reacting to the good news, Tiwa hopped on IG to share her congratulatory message, but unlike Simi’s Post, her message was clearly understood. 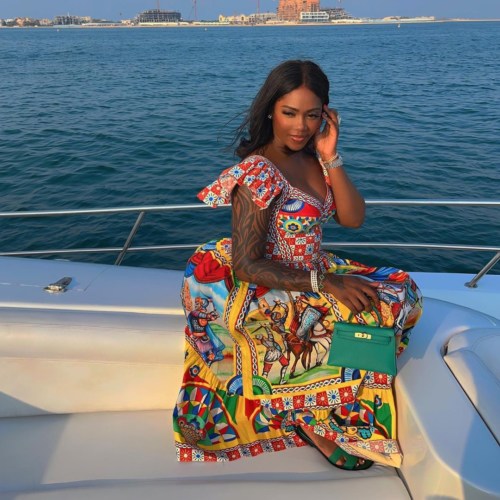 She admitted that the nomination is a big win for Nigeria, but the artistes whose nomination she is  excited about is Tems and Angelique Kidjo.  With her post, she directly snubbed Wizkid who bagged two nominations and Burna Boy whose bagged his fourth nomination in three consecuctive years. 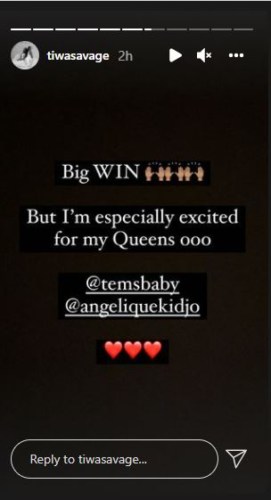