Don Jazzy had been trending since Rihanna’s pregnancy was announced, and he has now responded via social media. On Monday, January 31st, 2022, he expressed his feelings via Twitter.

The Mavin Records president, who has demonstrated throughout the years that he has a crush on the Grammy-winning diva, has become the talk of Nigerian social media when his “sweetheart” decided to have a child with the American rapper A$AP Rocky.

Today, news surfaced that the singer and fashion mogul is expecting a child, which was accompanied by images of her and her lover on an outing in A$AP’s hometown, Harlem, where the songstress revealed her bare baby bump.

Teasing the Mavin chief, Twitter users initiated a type of campaign to check on him, as his crush had decided to end his fantasy.

Don Jazzy has now responded to the news of Rihanna’s pregnancy on social media.

On Instagram, the Mavin Boss wrote; “It is finished” 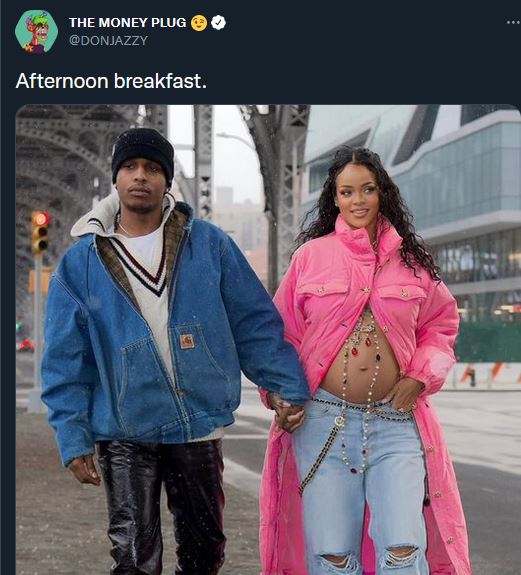 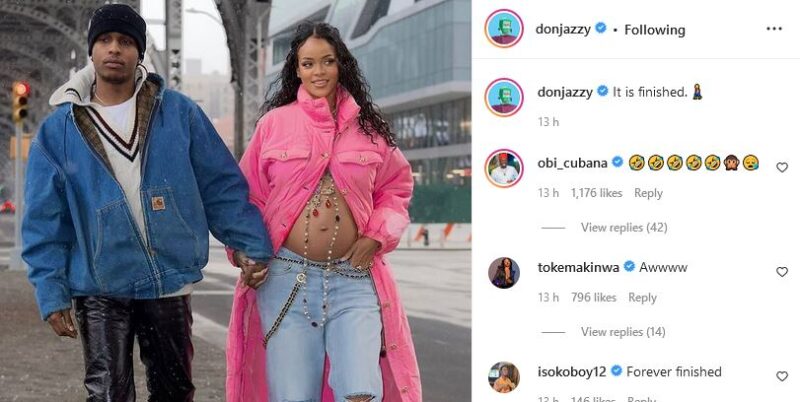