A man charged with killing three Brooklyn restaurant workers with a hammer in a 2019 hate crime attack was sent to a mental institution on Thursday January 27, instead of facing trial, infuriating the wives of two of his alleged victims.

Arthur Martunovich allegedly burst into the Seaport Buffet on Jan. 1, 2019 and fatally bashed the chef, the manager and a co-owner with a hammer.

Witnesses said he didn’t attack Hispanic employees at the seafood buffet, telling them he had a problem with Asians. 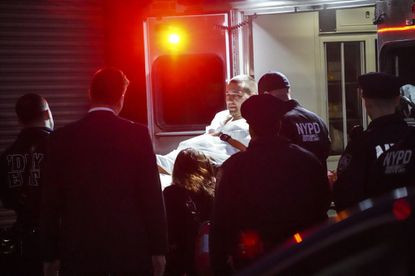 After he was arrested, Martunovich was charged with murder and hate crime.

But Brooklyn Supreme Court Judge Danny Chun has ruled that Arthur Martunovich, 37, has been found “not responsible” for the killings by way of mental disease and will spend the foreseeable future at a psychiatric facility, designating the accused killer as having a “dangerous mental disorder.”

“I thought the American system would do the job and bring the prisoner to justice,” said Jennifer Pun, through a translator.

“He was capable. He was sober when he made the decision to take three lives,” Pun added. 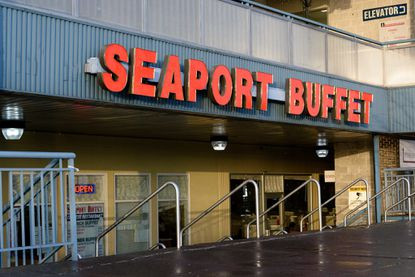 Relatives say that Tsz Mat Pun was Fufai Pun’s uncle. Both immigrated from the same village in the Fujian Province of China.

Jennifer Pun and Fufai Pun’s widow, Amy, yelled at a prosecutor assigned to the case in the hallway of Brooklyn Supreme Court after learning that Martunovich would be institutionalized and not face justice.

“I don’t believe the defendant had that serious of a mental sickness,” Jennifer Pun said. “He was very calm and he was able to distinguish are you Asian or Hispanic.”

Prosecutors said they had no choice under the law as 3 separate psychiatrists, one working for the defense, another for the prosecution, and a third for the state of New York, all agreed that Martunovich was suffering from a mental breakdown at the time of the attack and could not distinguish right from wrong.

Martunovich had a documented history of mental health hospitalizations before the attack, according to prosecutors.

“He will now be committed to a locked, maximum-security psychiatric hospital, and an individual who has committed such heinous hate crime murders is unlikely to be released from confinement for many years, if ever. Even if his diagnosis was to change, our Office would have an opportunity to challenge the determination before a judge. We are confident that he will never again be in a position to perpetrate violence in our community, extend our deepest condolences to the friends and loved ones of the victims and pray that they will find peace,” Brooklyn DA spokesman Oren Yaniv said.

A “dangerous mental disorder” designation is the most serious category available for someone in Marunovich’s situation.

He was evaluated by doctors at Mid-Hudson Forensic Psychiatric Center and will be placed by the state’s commissioner of mental health in a secure facility until he is reevaluated in six months.

“The evidence of Mr. Martunovich’s mental illness was so strong, that had the case proceeded to trial, the result would have been identical,” said Edward Mandery, who represented Martunovich.

“He will likely be confined for the same amount of time as he would have served had he been sent to state prison.” he added