At least 150 political thugs have been arrested by troops of 32 Artillery Brigade of the Nigerian Army, at Ita Awure/Efon Junction in Efon Alaaye in Ekiti State, ahead of the governorship primaries held by some political parties in the state today January 26.

The political thugs who were heading towards Ado Ekiti for the primaries of some of the political parties for the forthcoming state governorship election, were arrested at about 3am on Wednesday.

The soldiers have taken the suspects to Owens Barracks in Akure for further investigation. 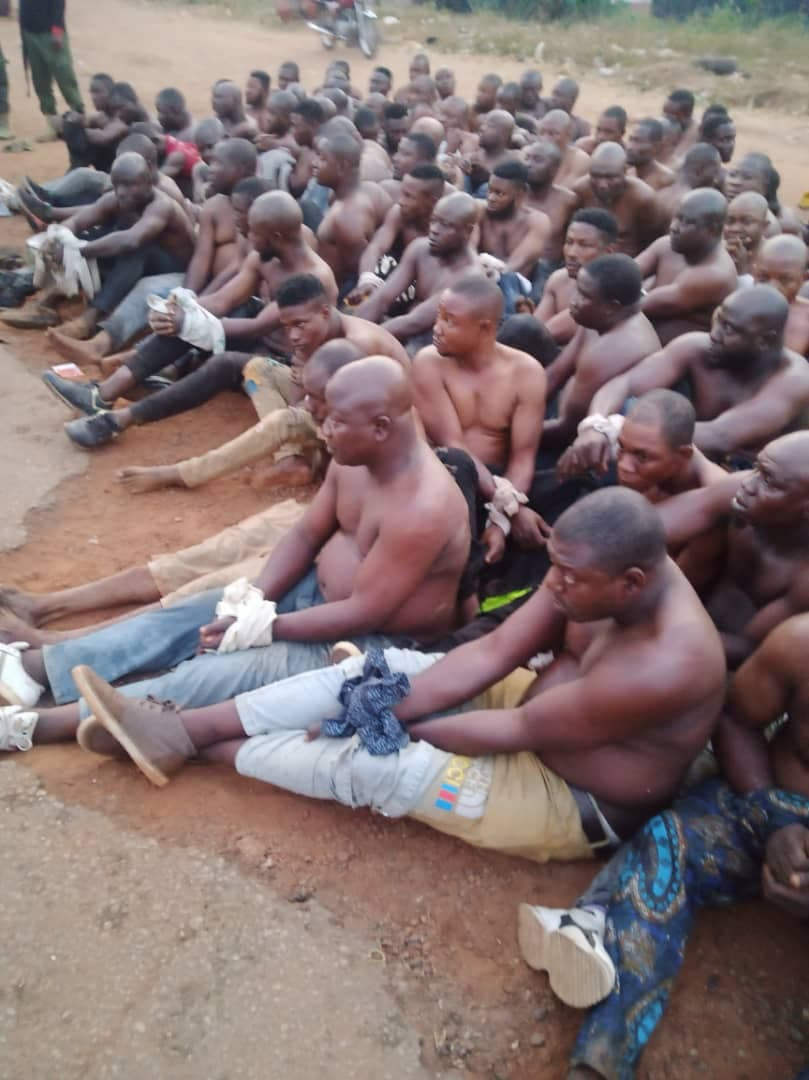 Public Relations Officer of the Brigade, Akin Omojokun confirmed the arrest and said the Brigade would soon issue a statement on the development.

Police Public Relations Officer, Ekiti Command, ASP Sunday Abutu also confirmed that the suspects were being transported with five 18-passenger buses and were driving along Ijebu- Ijesa-Ita Ore road, when they were intercepted and arrested.

Abutu said the suspects were arrested with dangerous weapons like locally made pistols and cutlasses.

“They were arrested at a military checkpoint mounted at Ita-Ore in Efon  Tuesday evening. They were loaded in five 18-passenger buses coming from another state to Ekiti where the PDP primaries will hold. The suspects are still with the military personnel and it is expected that they will be handed over to us soon.”

The police spokesperson assured the general public that the command’s detectives will do a thorough investigation about the incident and prosecute those involved.