Nigerian singer, Temmie Ovwasa has revealed that she doesn’t have an ounce of respect for Nigerian male icons and has given her reasons.

The queer singer who went on a rant on the microblogging platform, Twitter revealed she doesn’t rate Nigerian male icons because most of them got away with emotional, physical and sexual abuse because their victims were too scared to talk.

According to her, Nigeria is strongly prejudiced against women, and as a result the system would give incompetent men an opportunity over women who are emotionally and intellectually capable.

“I don’t rate Nigerian male icons, Most of these men got away with emotional, physical & sexual abuse because women then were too scared to speak, History is repeating itself daily with your favorites. When i talk to older Nigerian women I’m enraged, but it’s not my story to tell.

“I’m not like other men” “I’m not a rapist” “Not all men”, But you started Having sex with your girlfriend when she was a minor,
You’ve cat called, You’ve made a woman uncomfortable by being too close even after she asked you to stop, You’ve used coercion to get laid. ALL MEN.

When I was in Uni, I was told that I couldn’t run for SUG president because I’m a woman, What actually fucks with my mind is that I have not met one man in this country that’s emotionally or intellectually capable of inclusivity, Not one. “LoGeEkA genDa”
But na so so fight.

We live in a world where a man will sexually abuse you and get a statue after he dies, but you will get public ridicule and cptsd.
From the headless statues, to the ones with agbada…suck my dick from the great beyond.

Nigeria is misogynistic enough as it is, Now imagine what your mother had to put up with.

See her posts below, 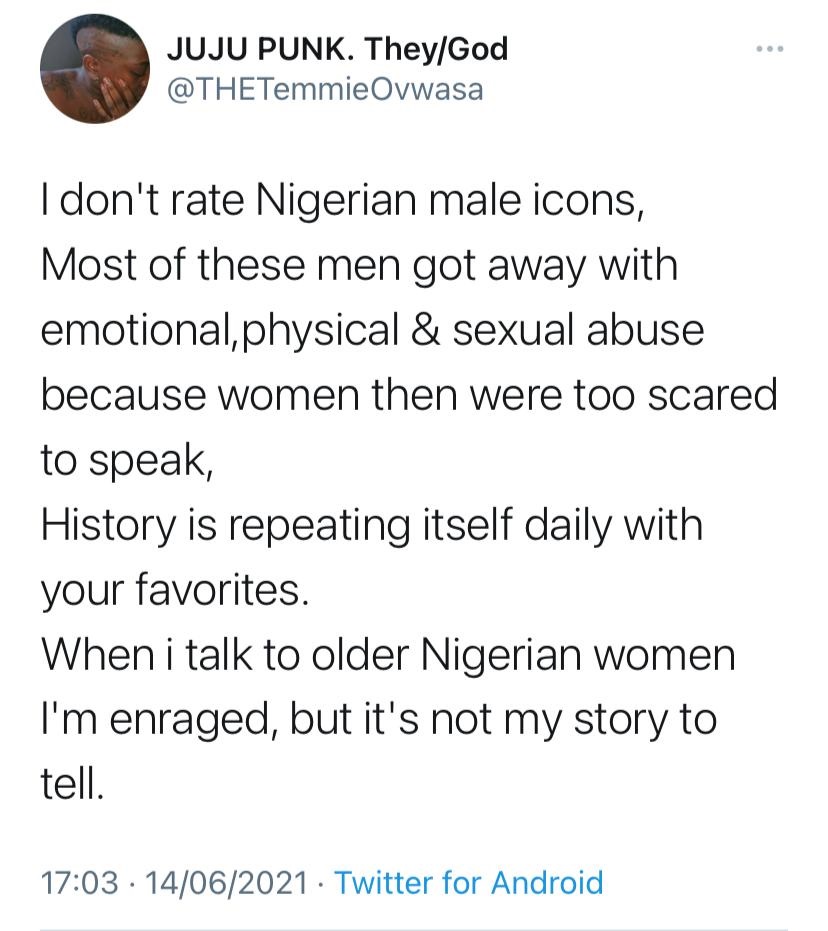 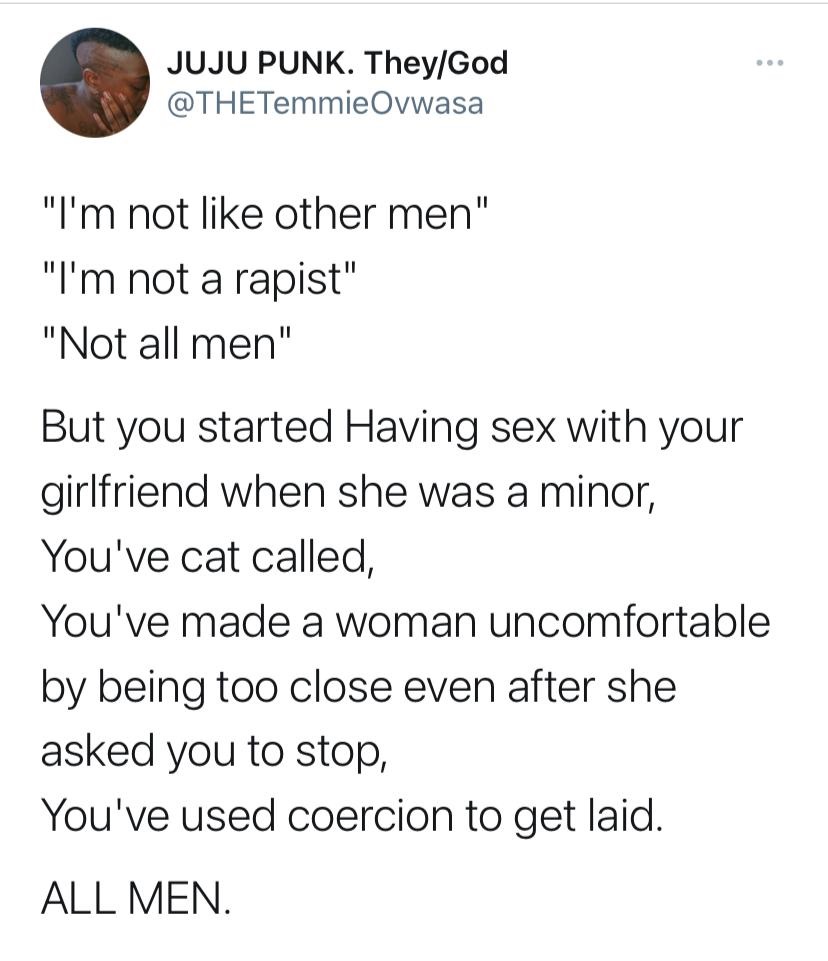 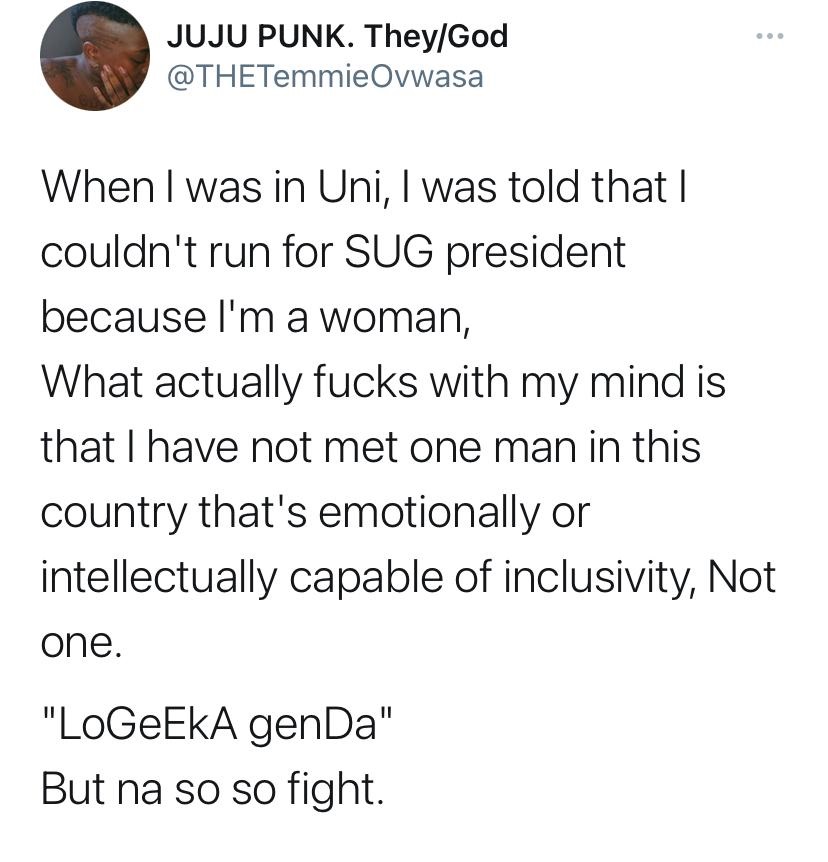 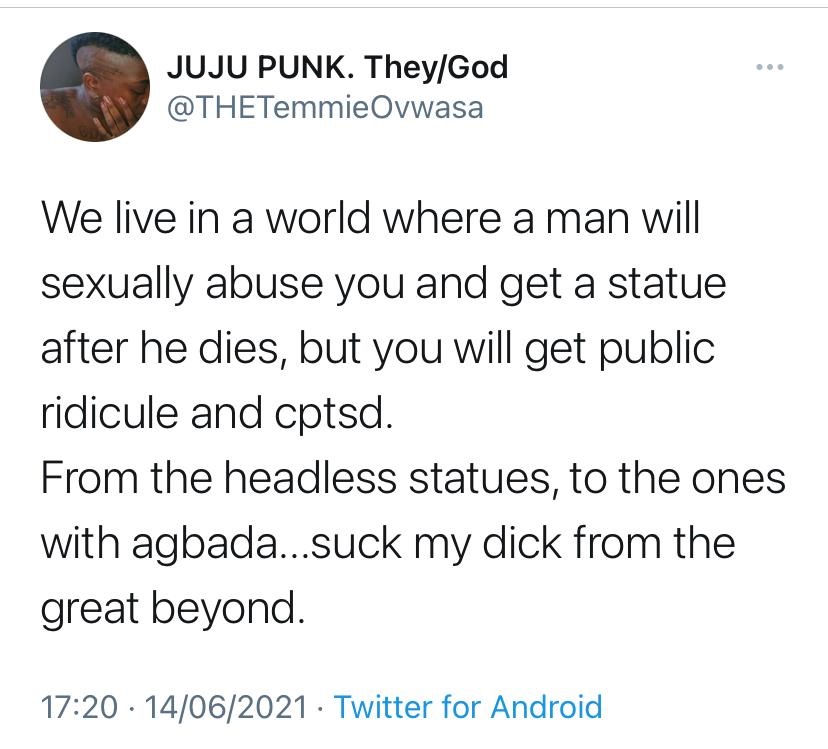 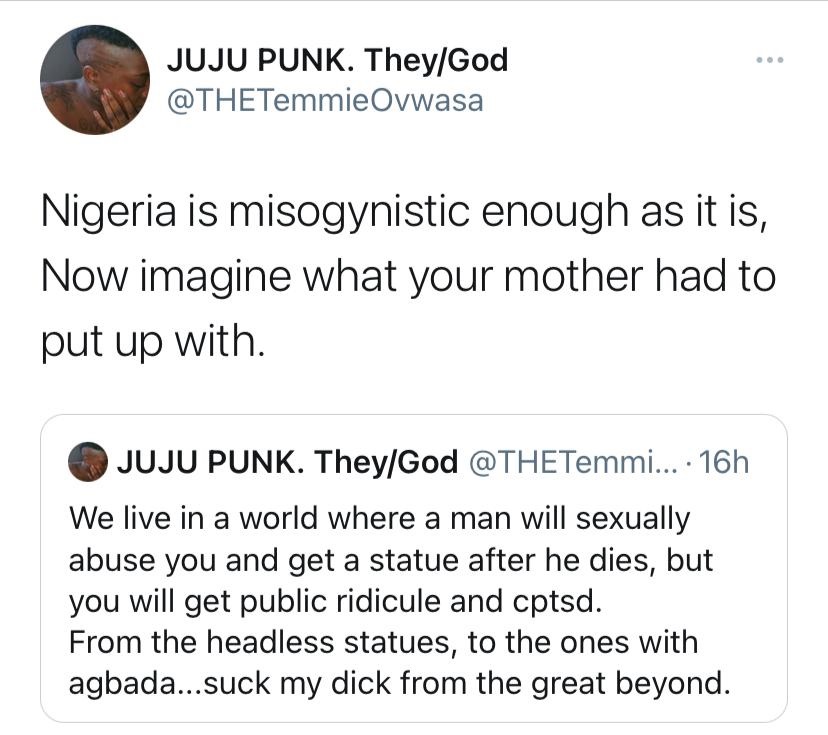