Nigerian music icon, Davido has fulfilled the promise he made to disburse N250 million to selected orphanage homes across the country.

The singer gave the update on Tuesday evening in a statement released on his Insta stories — where he also released the names of the orphanages that benefitted from his gesture.

Recall that in November of 2021, Davido asked his friends to gift him N1 million each ahead of his birthday and quite a number of his friends came through and he was gifted a whopping N200 million in less than 48 hours. He however also added his personal donation of N50 million after revealing he planned to give out all the money to charity.

Here’s the update he shared, 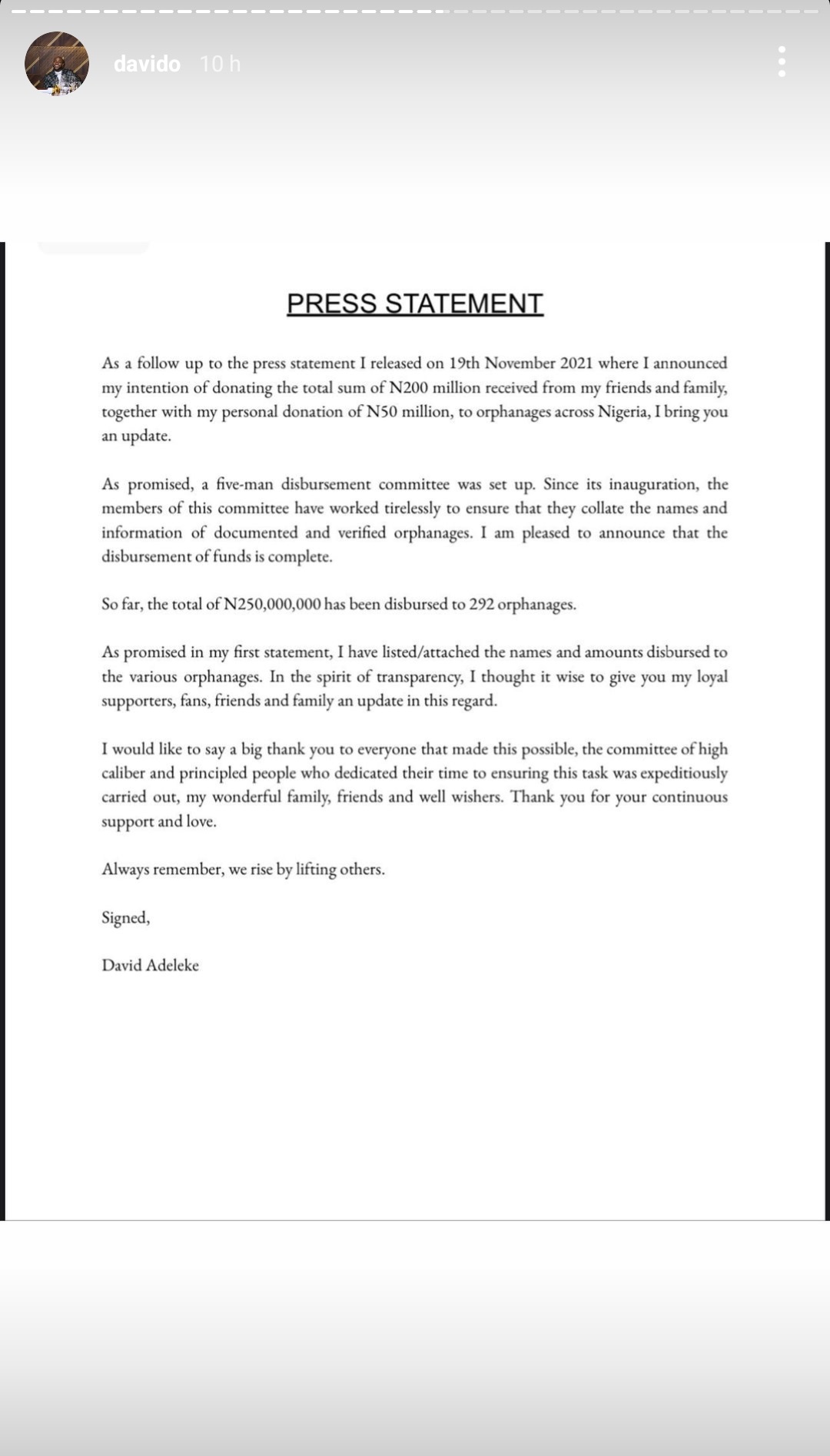 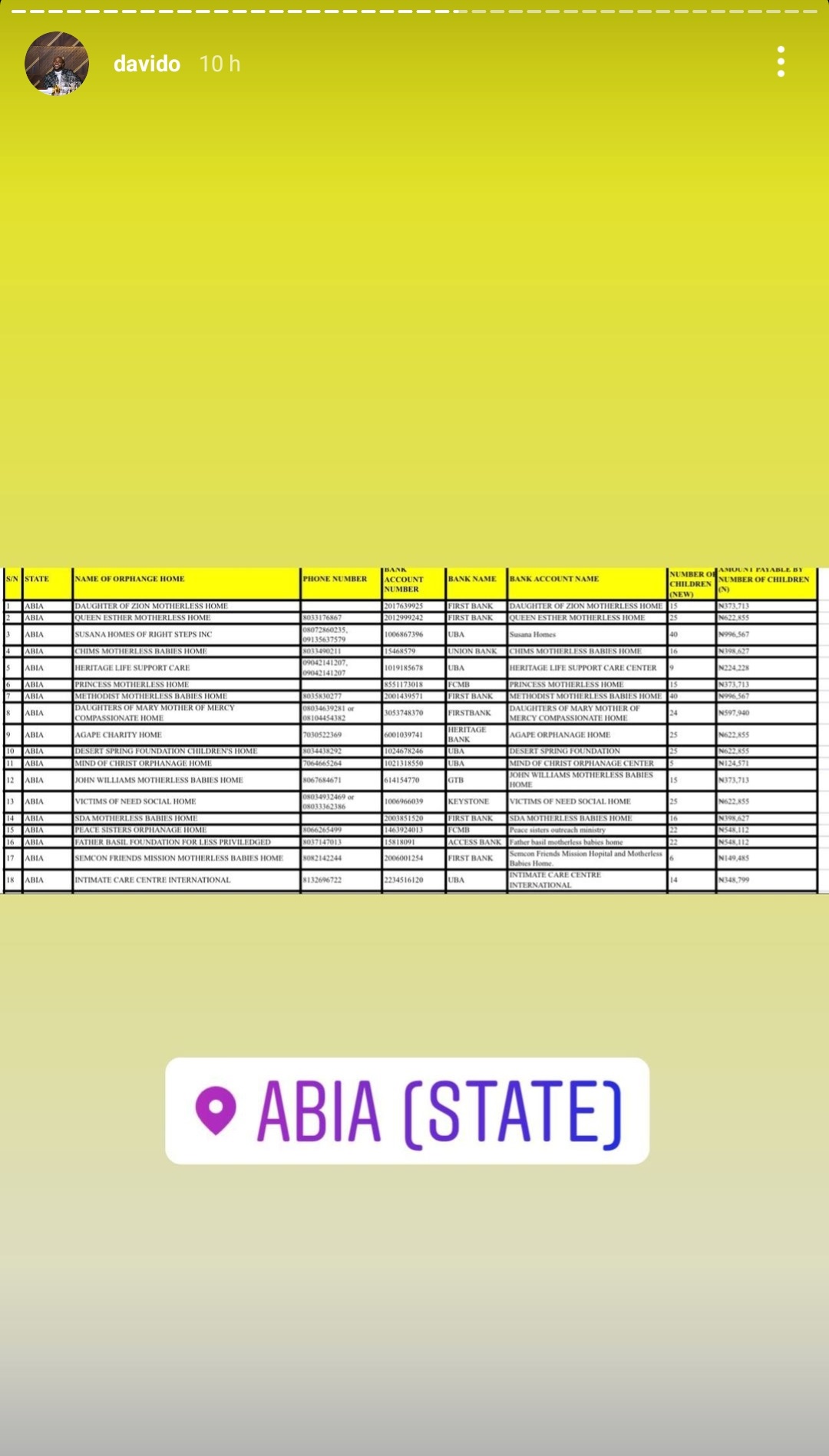 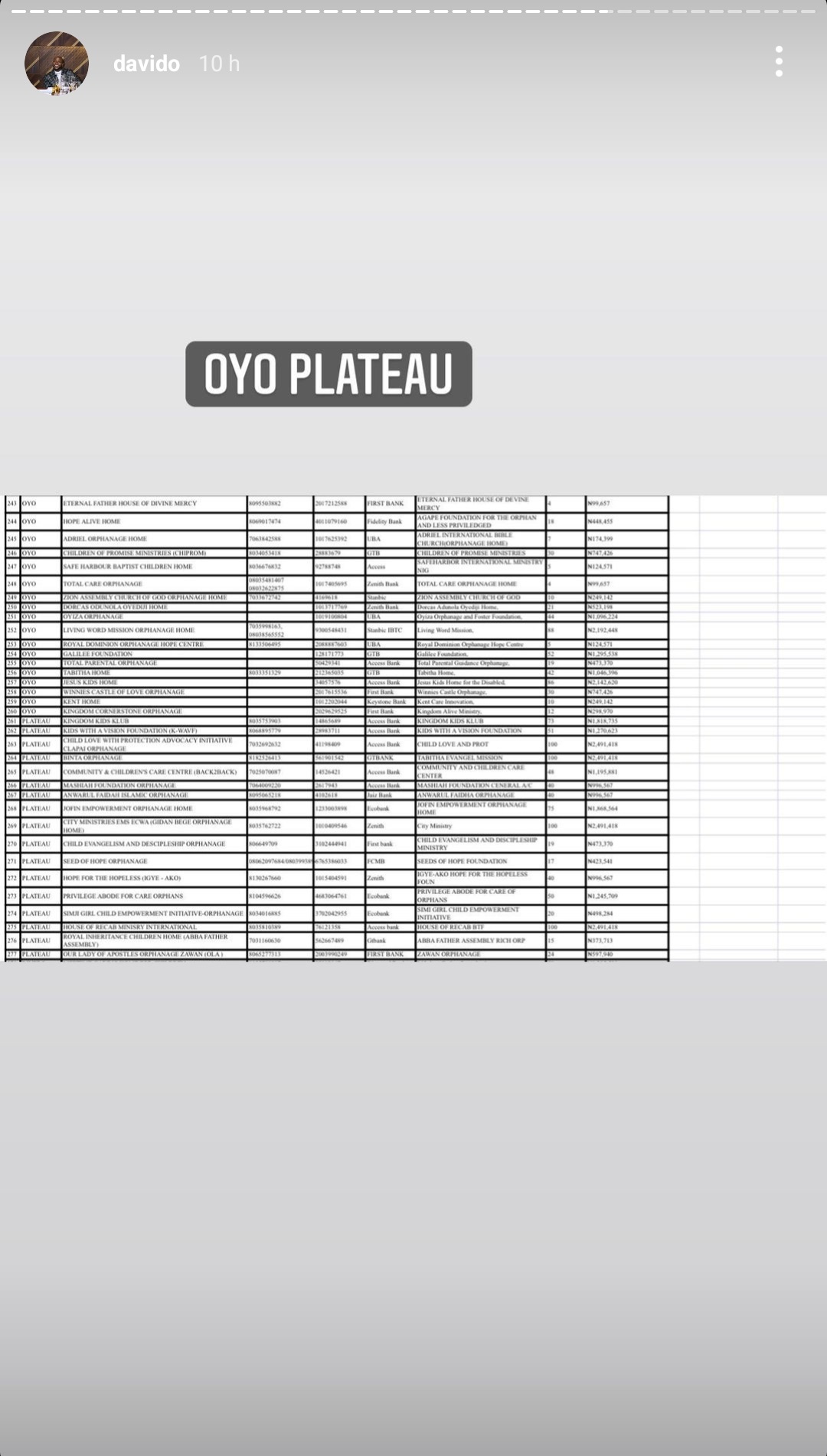 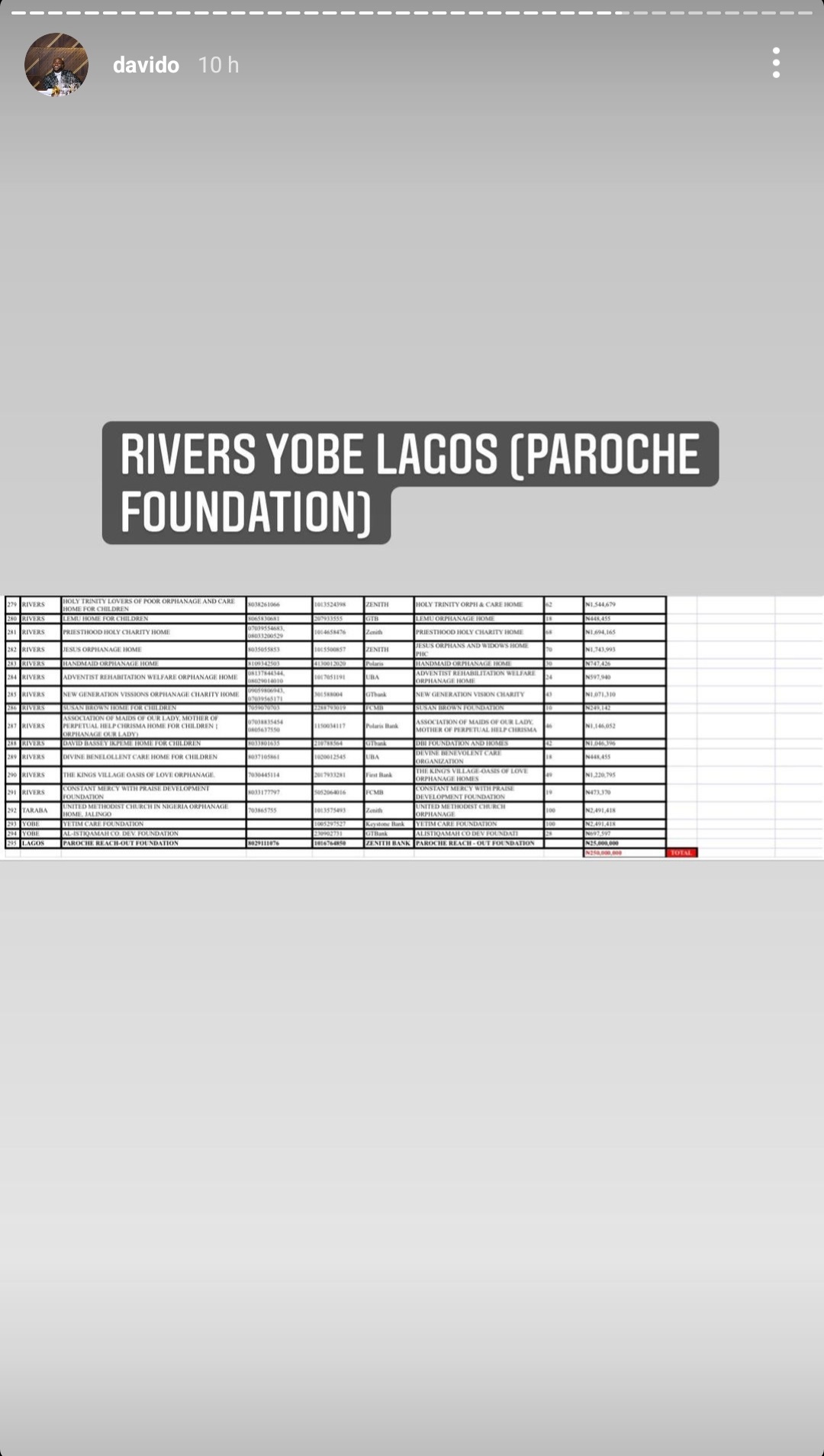 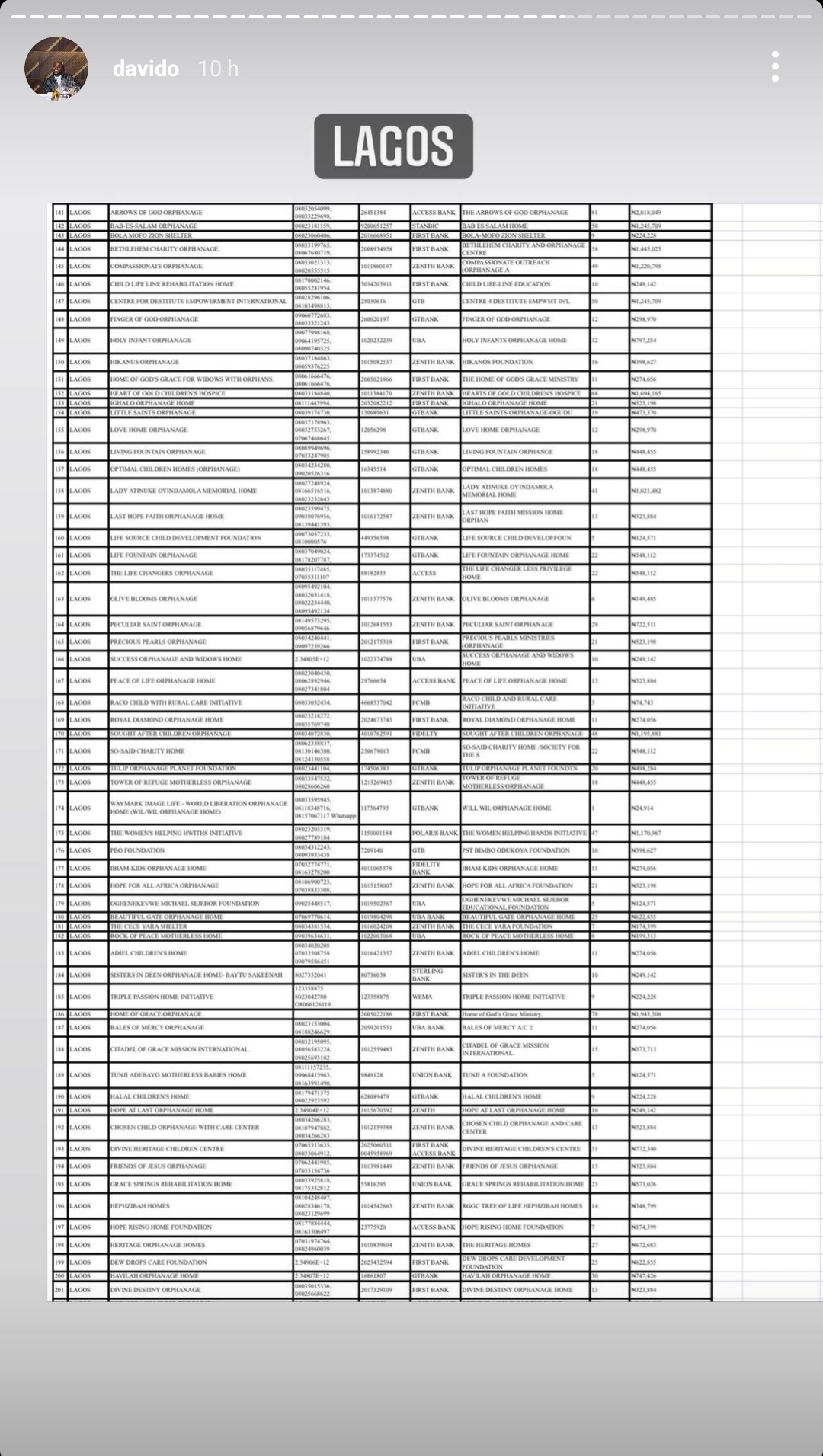 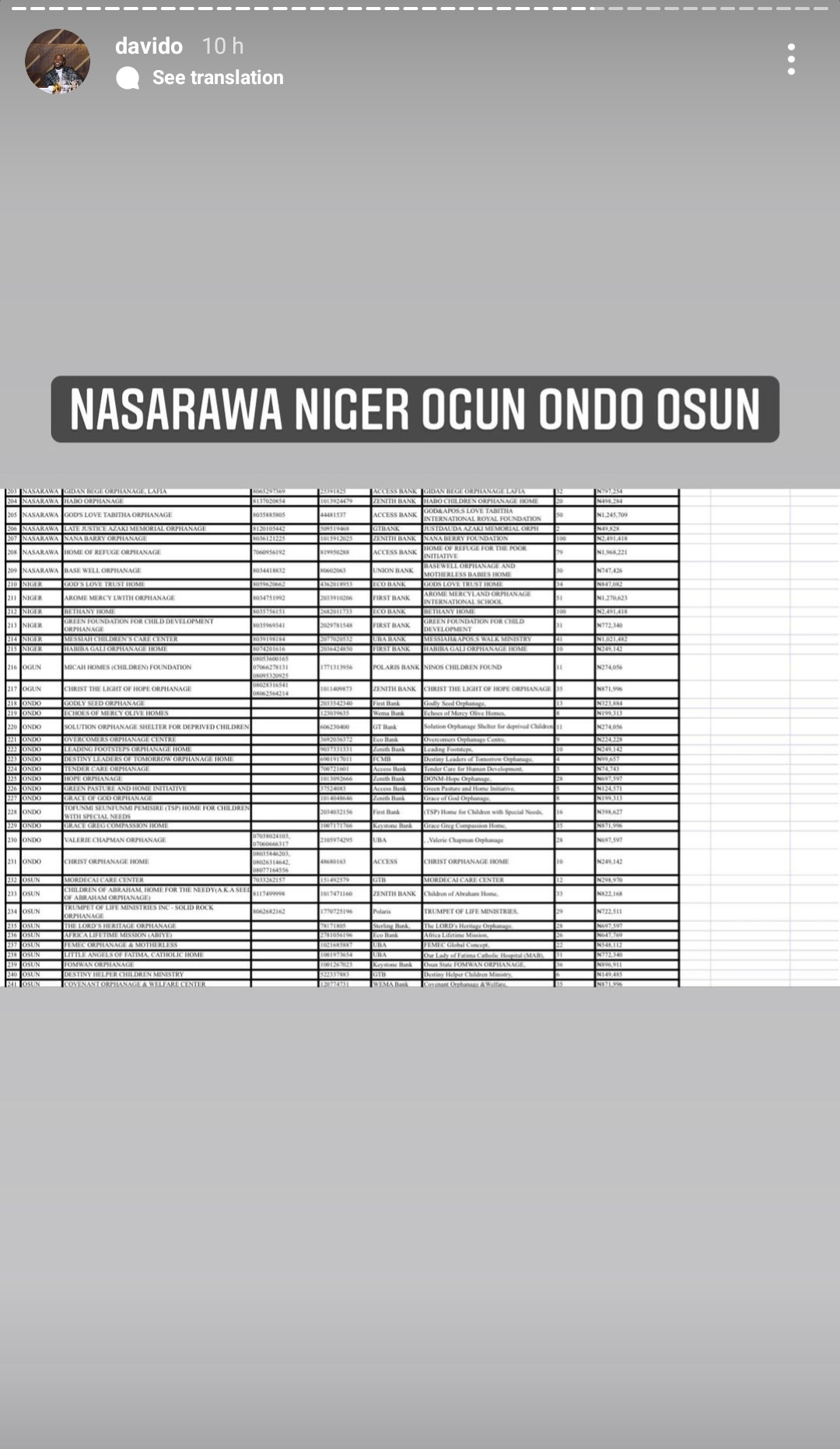 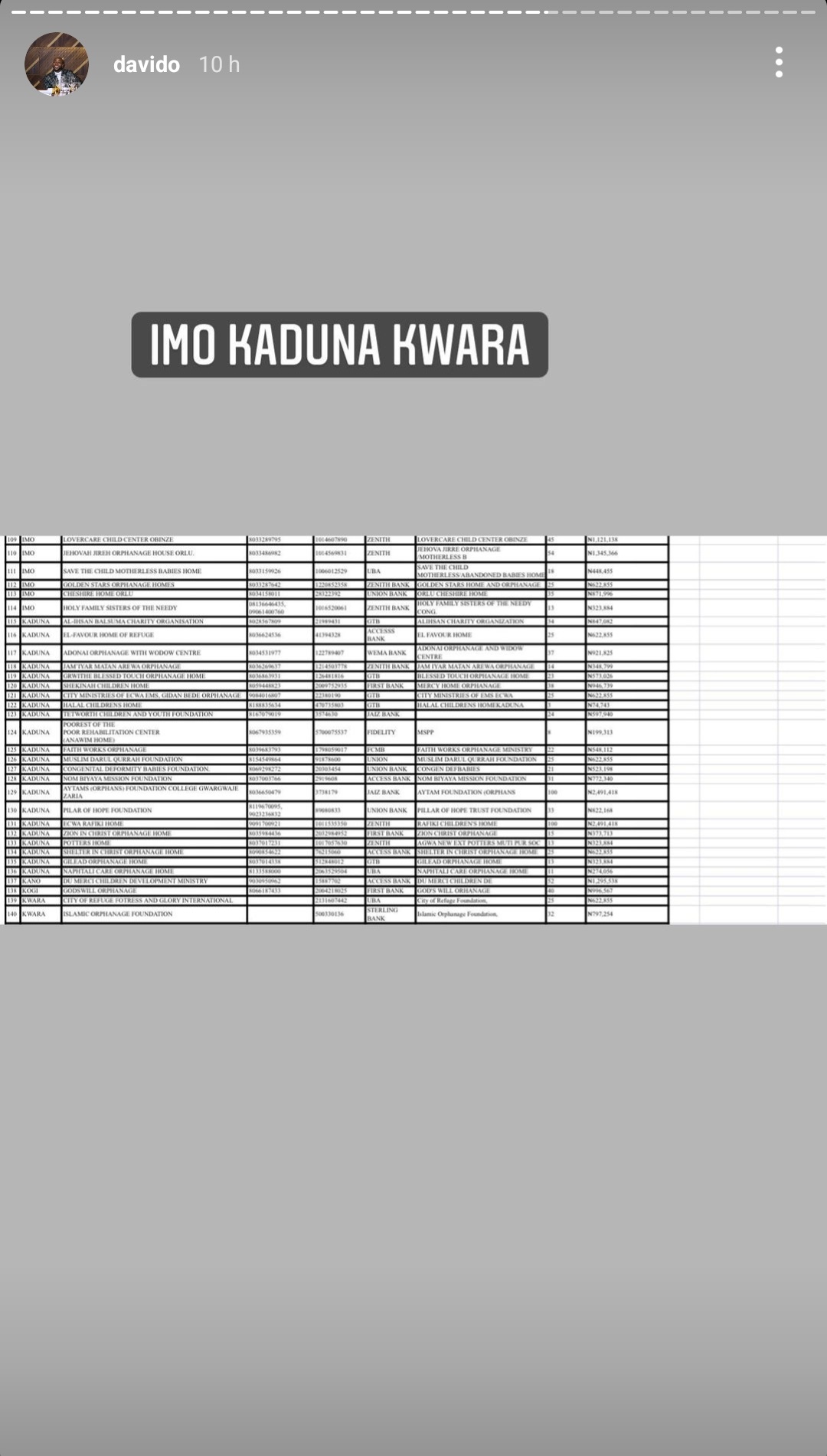 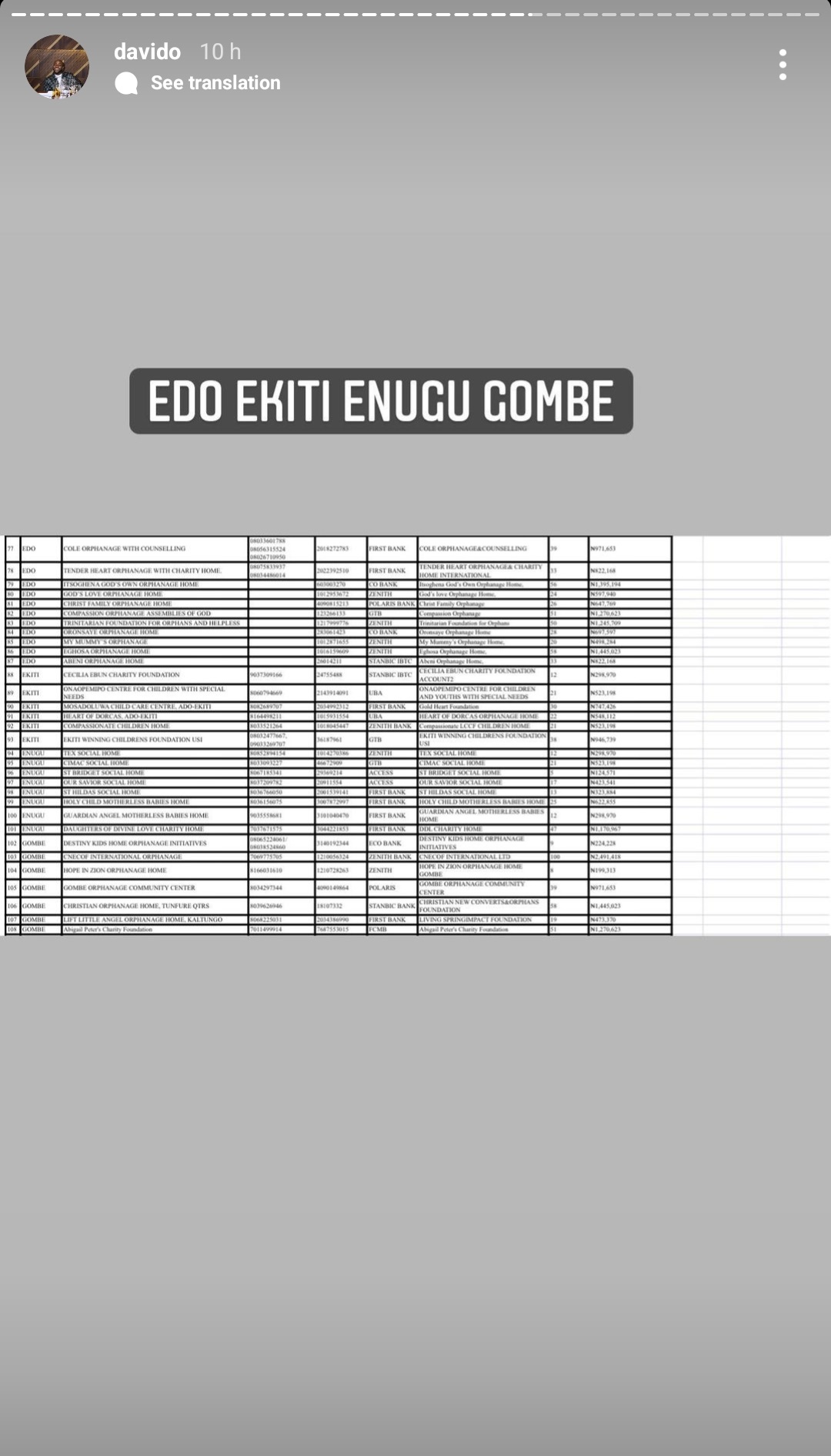 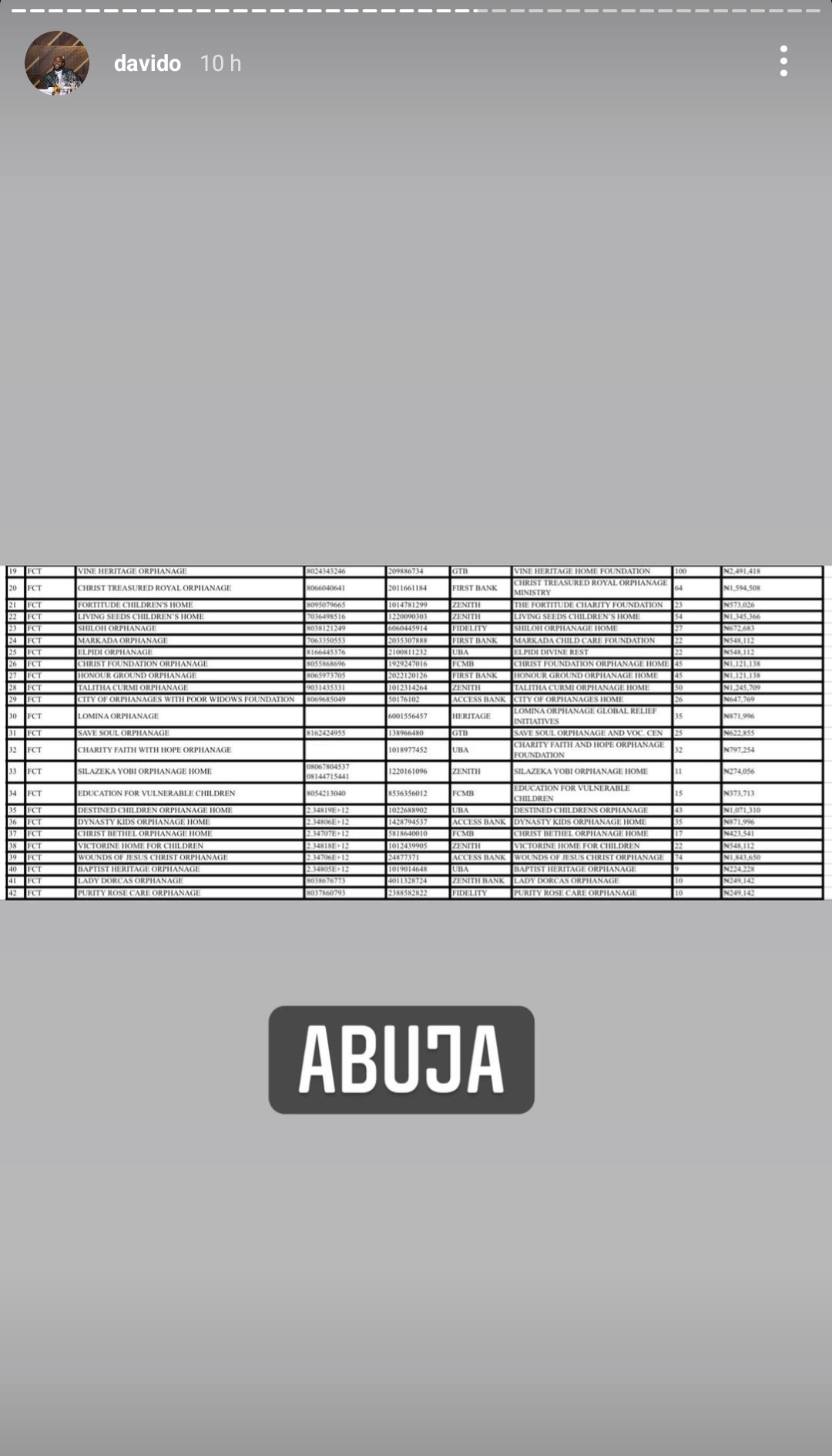 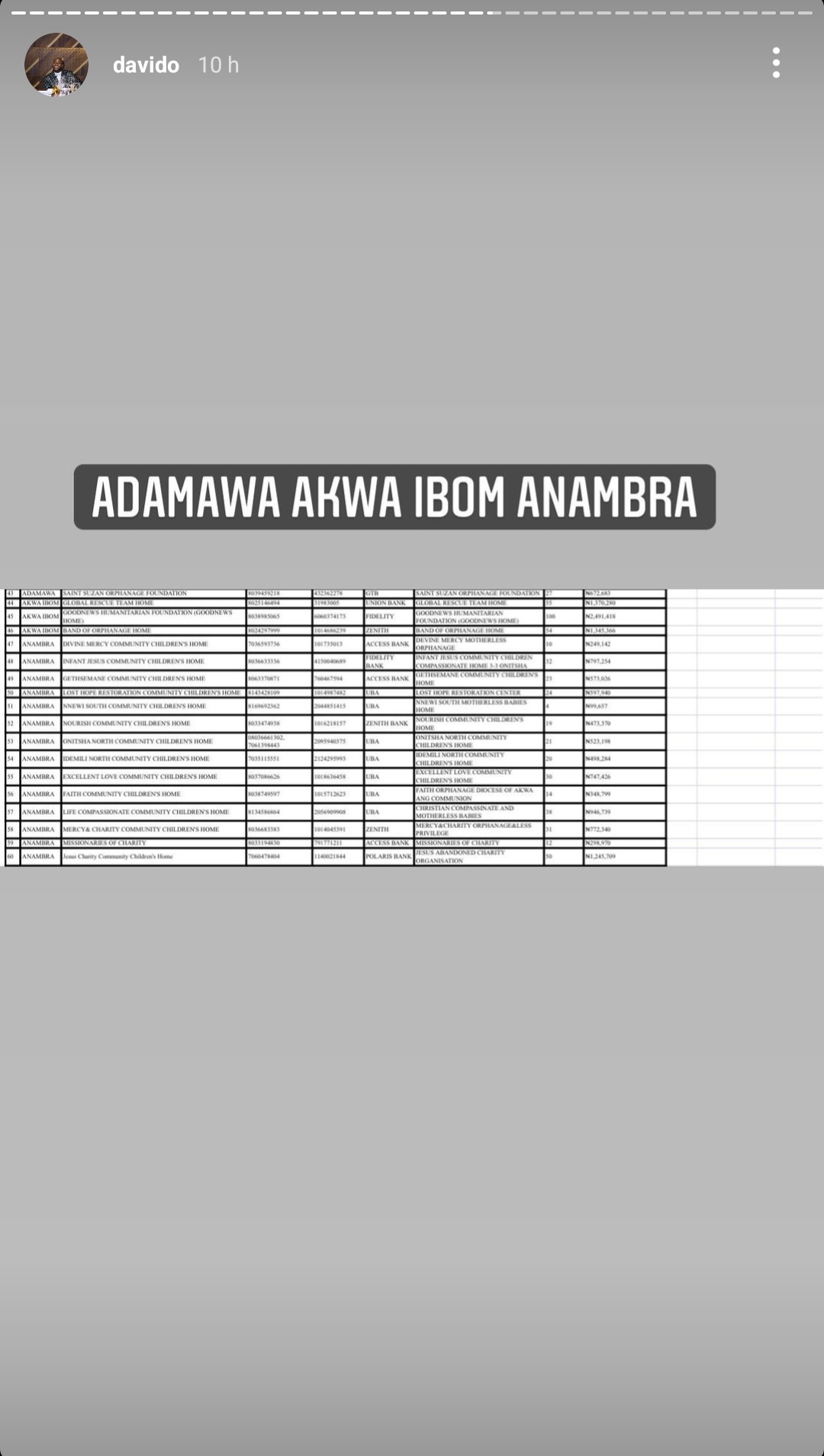 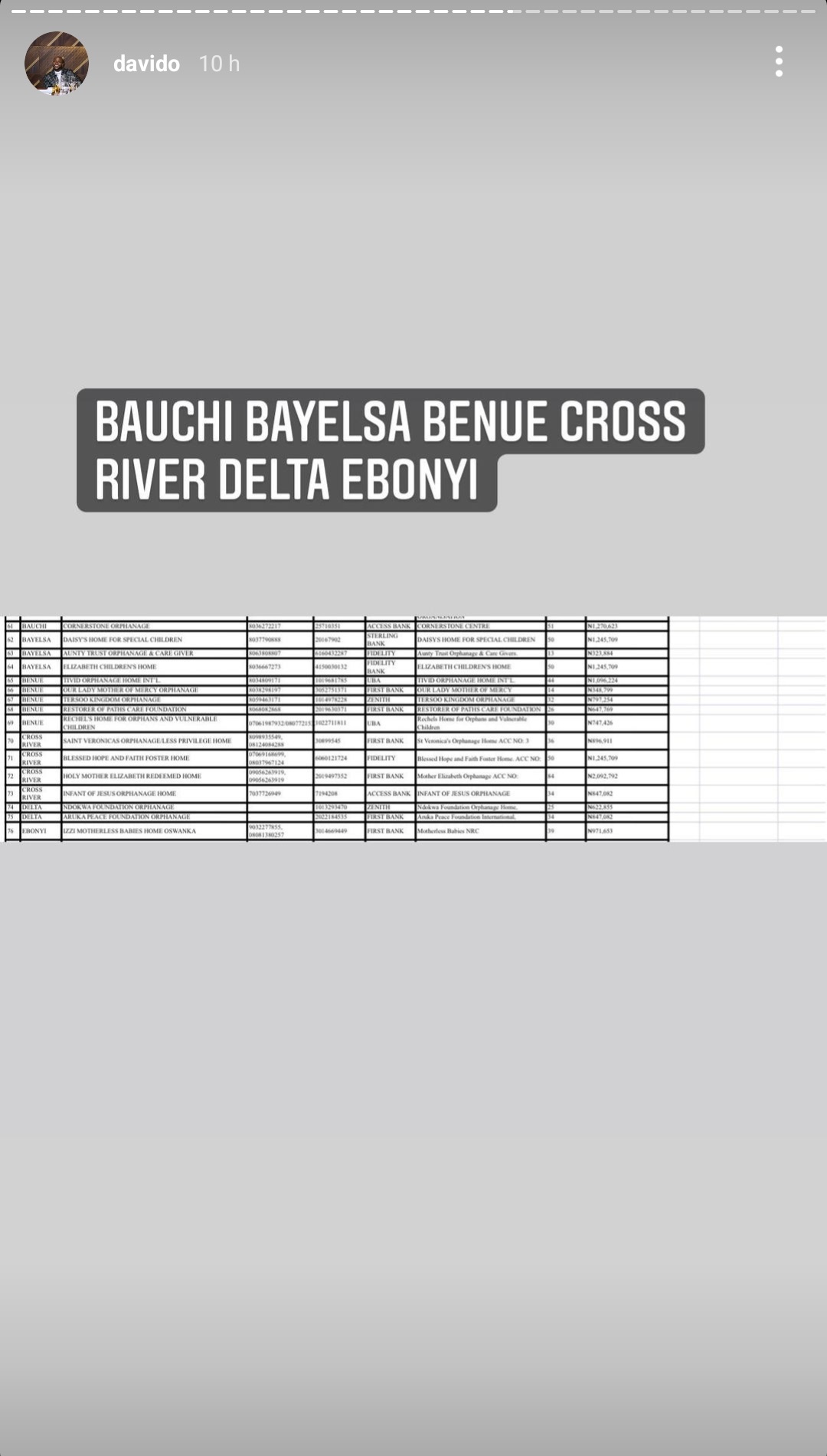