It’s the 3rd day of 2022, but the feud between Burna Boy and Shatta Wale is far from over.

The evening of the 2nd,  Shatta Wale admitted he raped a lady named, Kuti who happens to be Burna Boy ex-girlfriend.

Recall, Burna boy informed his followers that he will be going off social media because he feels ashamed that he exchanged words with a rapist – Shatta Wale.

Reacting to Burna Boy accusations, Shatta Wale admitted he raped the girl. According to him, he took advantage of the girl burna boy brought to his house. He added that Burna boy never liked the girl and also referred to her as a prostitute .

Shatta Wale also revealed that Burna boy is just jealous that he did the same thing Burna does to other girls, to his own girlfriend. 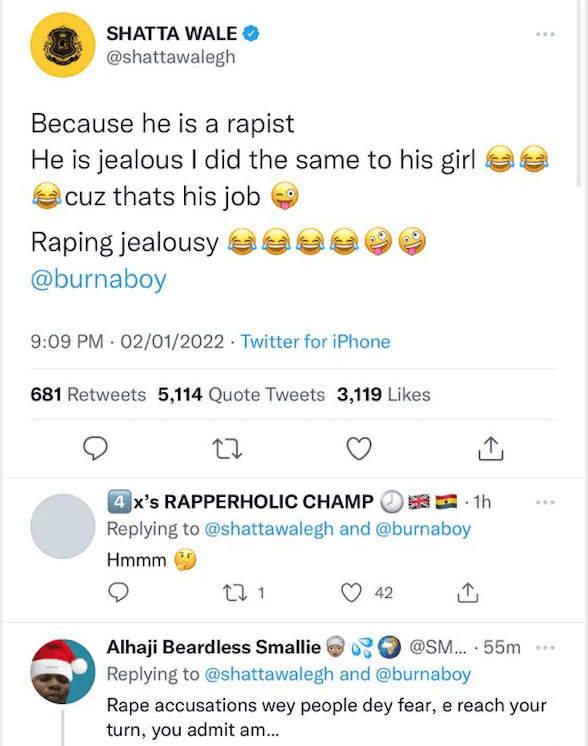 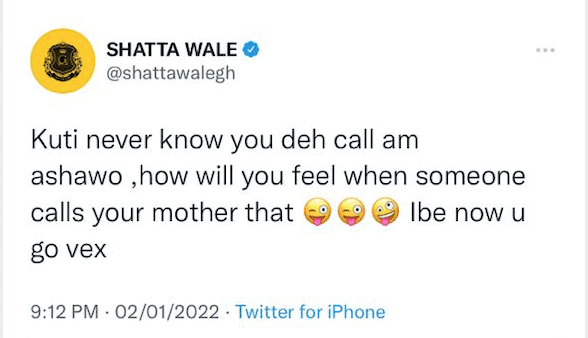