Senator Ekweremadu, thrice Deputy Senate President, also applauded Gov. Ugwuanyi for the leadership he is providing in Enugu State, and for the Peoples Democratic Party (PDP) in the South East geo-political zone, describing him as “a visionary leader”.

Senator Ekweremadu made the commendation when he joined Gov. Ugwuanyi in Ezeagu Local Government Area for the PDP campaign ahead of the February 23, 2022 Local Government Elections in the state.

Speaking further, Senator Ekweremadu expressed delight at Gov. Ugwuanyi’s remarkable achievements in office in spite the nation’s economic meltdown, stressing that it was an indication that the governor was prepared for the job.

“Your Excellency, thank you for the provision of good governance in Enugu State; for the leadership, you have shown in our state and our party, to South East and to Nigeria.

“I am happy you are prepared, that is why salaries (new minimum wage) are still being paid. We want to thank you for being a visionary leader”,

In his speech, the member representing Udi/Ezeagu Federal Constituency, Rt. Hon. Amadi told Gov. Ugwuanyi that “We have to come and join this campaign to show you solidarity”.

Hon. Amadi lauded the governor for his consistency in conducting local government elections in Enugu State and applauded him for restoring peace and security in the state. 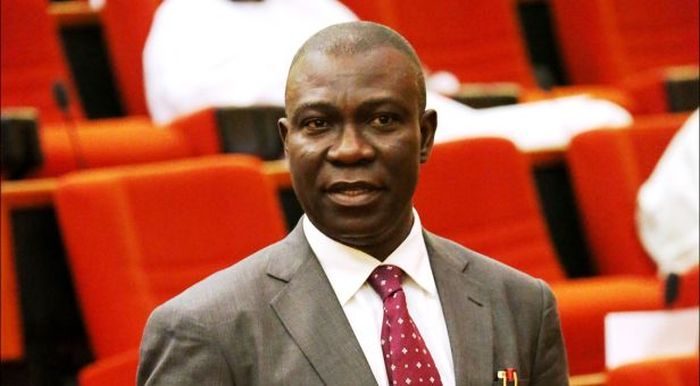 The federal lawmaker assured Gov. Ugwuanyi that the people of Ezeagu LGA will vote for the PDP overwhelmingly in the forthcoming LG elections and beyond.

On his part, the member representing Ezeagu Constituency, Rt. Hon. Obieze maintained that the LG elections is a walkover, disclosing that “the governor has moved round and has watered the ground” for a smooth victory for the PDP.

“For making the work easy for us”, and assured the governor that people of Ezeagu LGA are solidly behind him, saying: “Where you stand is where I will stand and where I stand is where the 24 members of the State House of Assembly stand”.

The lawmaker cautioned that “any leader in Enugu West Senatorial District who does not support Gov. Ugwuanyi” should retrace his or her steps, amend and support the governor as “we will turn against that person”.

Addressing the jubilant crowd, Gov. Ugwuanyi who acknowledged the dignitaries at the event, urged the people of Ezeagu LGA to come out in their numbers on February 23 to vote massively for the PDP and its chairmanship and councillorship candidates, enjoining the party’s candidates to serve their people with the fear of God, if elected.

The people reassured Gov. Ugwuanyi that they are solidly behind him and will continue to stand by his political decisions in 2023.