See What Kanye Did To Kim Kardashian On Valentine’s Day

The rapper, 44, sent a massive arrangement of red roses to her house in a truck branded, ‘MY VISION IS KRYSTAL KLEAR.’

The delivery came hours after the rapper declared his love for Kim and their four children following news of his split from girlfriend Julia Fox.

‘MY VISION IS KRYSTAL KLEAR’: Kanye West attempted to win back his ex Kim Kardashian with a grand gesture on Valentine’s Day amid their feud 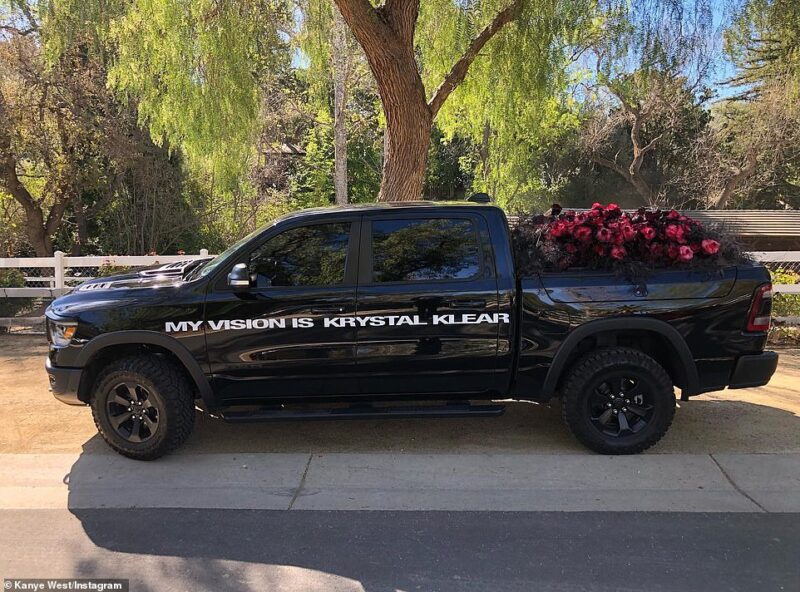 Kanye posted photos of the delivery to his Instagram account, where he captioned it, ‘MY VISION IS KRYSTAL KLEAR’ followed by a string of red rose emojis.

He also tagged Kim in the centre of the image. This marks Kim and Kanye’s first Valentine’s Day since the reality star filed for divorce from him last year on February 19. 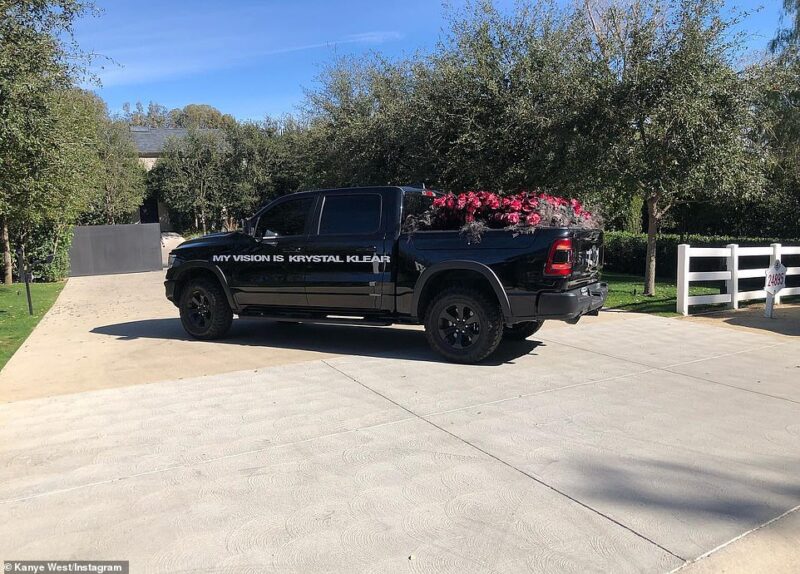 The post was just the latest Kanye had posted that day regarding his family. Earlier, Kanye said he had ‘faith’ he and Kim would reunite.

Kanye shared a Dailymail.com article showing Kim out with her boyfriend Pete Davidson, with the star appearing to send a message with her choice of outfit.

Attempting to win her over: The delivery came hours after the rapper declared his love for Kim and their four children following news of his split from girlfriend Julia Fox