12 children and an adult have been hospitalized after a school ceiling collapsed in South London.

The incident occurred on Monday November 15, on the second floor of Rosemead Preparatory School on Thurlow Park Road, Dulwich. It was also learnt that all the children have been accounted for after a search.

Several kids were injured in the incident. An ambulance spokesperson said several crews were sent and 16 people were treated at the scene on top of those taken to hospital. It’s unclear what condition the children and adult hospitalised are in. 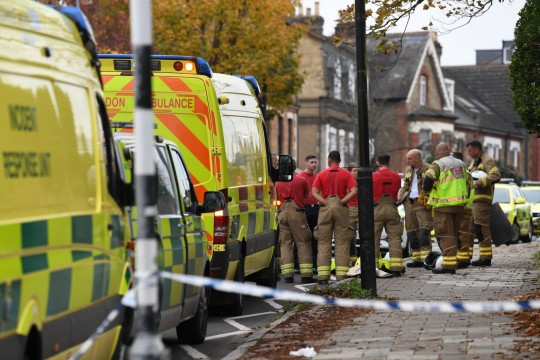 The fee-paying school which caters for children from nursery up to the age of 11, charges almost £5,000 (N2.7m) a term. It was also gathered that part of the school is housed in a building on the junction with Lancaster Avenue which was built in 1865.

Met Police spokesperson confirmed the collapse happened shortly before 9.25am and the school is in the process of contacting parents.

A statement released by the police read;

‘We await an update on assessment of any injuries. There are extensive road closures in place as emergency services respond.’

London Fire Brigade said ‘a number of people were treated on the scene for minor injuries and a number of children taken to hospital by London Ambulance crews’.

Three fire engines and around 20 firefighters were scrambled from West Norwood and Brixton.  Further testing was carried out to make sure there was no further risk of collapse within the building. 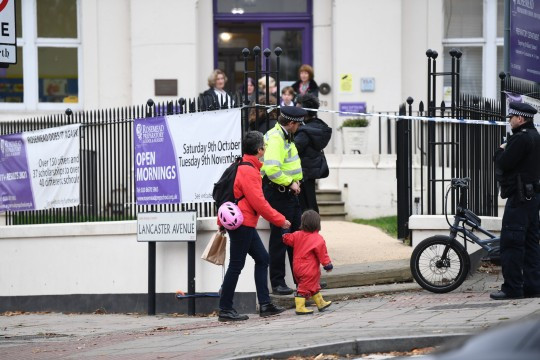 London mayor Sadiq Khan who reacted to the incident said;

‘I’m in close contact with the emergency services following a ceiling collapse at a school in south London, and I want to thank them for their swift response.

‘A number of people were treated for minor injuries and a number of children taken to hospital by London Ambulance crews.

‘I’m relieved to hear that all children and staff are accounted for and I wish everyone affected a full and speedy recovery.’

‘Very concerned to hear of the collapse of a ceiling at Rosemead School this morning.

‘My thoughts are with the children, staff and parents. I hope no-one is seriously injured. I’ve contacted the school to offer my support.

‘My thanks to the emergency services who attended the scene.’