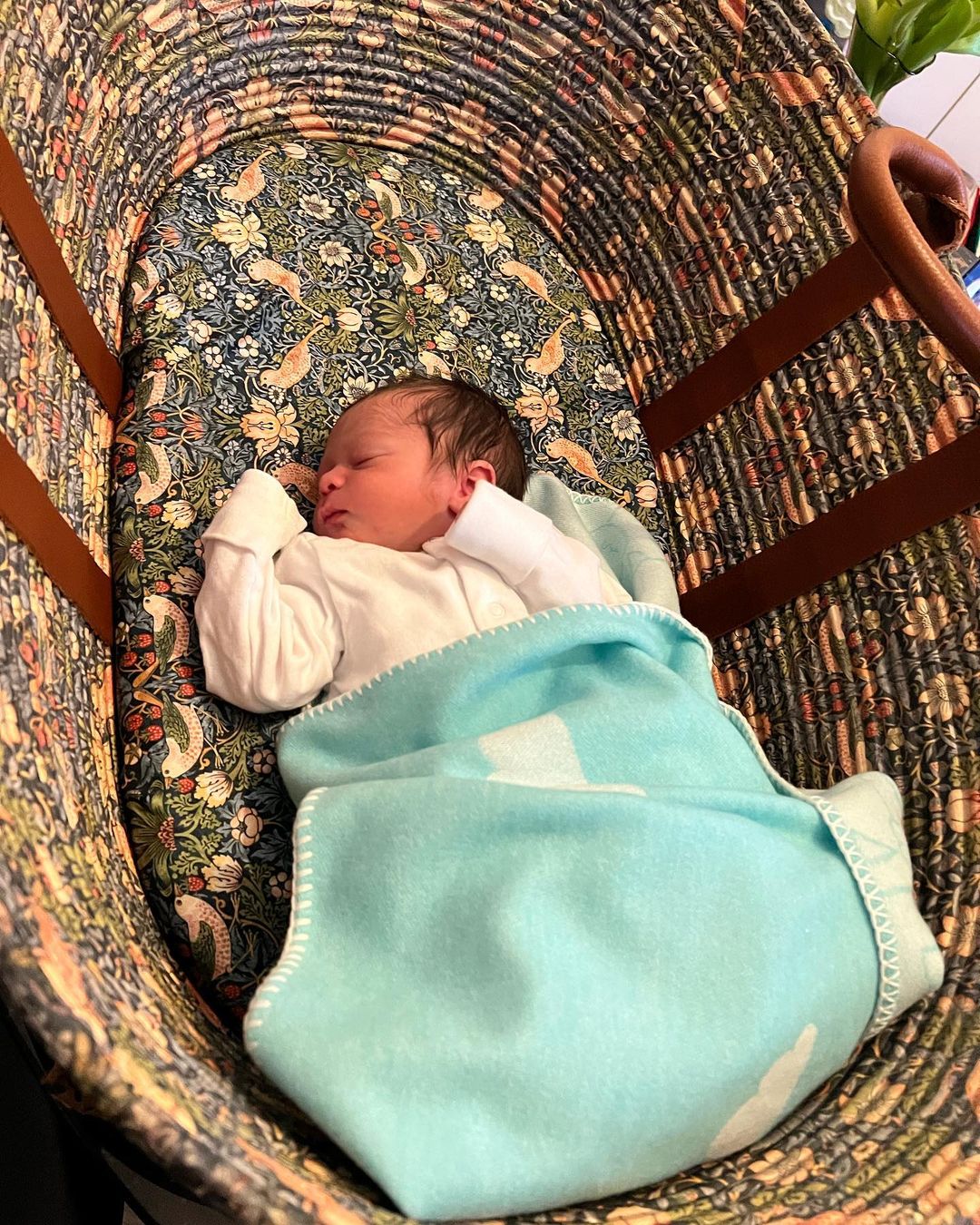 While this is Eve’s first child with her husband Maximillion Cooper, he has 4 other kids from his previous relationship.

When they got married in 2014, Eve became stepmother to Maximillion’s kids.

Sharing a photo of her baby she captioned it, 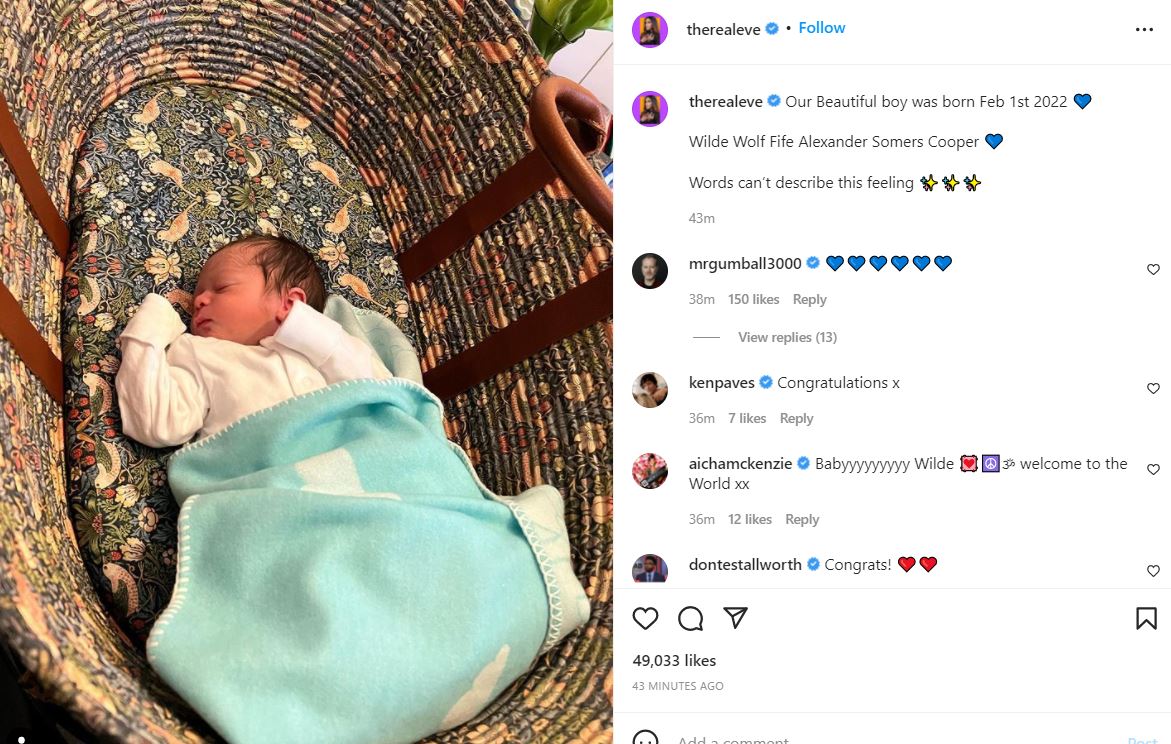 In other news, American rapper, Kanye West has begged God to bring his family back together, just days after attacking his ex-wife, Kim Kardashian, online.

The celebrity couple split in February 2021 and have since moved on with different people – Kim Kardashian with Pete Davidson and Kanye West with Julia Fox.

However, the DONDA rapper took to his official Instagram page on Wednesday, February 9, to pray for God to reunite his family.

Sharing a photo collage of Kim Kardashian and their children, Kanye West wrote, “GOD PLEASE BRING OUR FAMILY BACK TOGETHER”.

This comes days after he wrote scathing things about his reality show star wife on social media and accused her of “kidnapping” their children.