Police arrest woman for collecting N50,000 from parents of teenager who raped her 3-year-old granddaughter in Ekiti

by Sandra Idubor
in Browse
Reading Time: 3 mins read
A A
0

The Ekiti State Police Command has arrested a woman for collecting N50,000 from parents of a teenage suspect who raped her 3-year-old granddaughter.

Spokesperson of the command, ASP Sunday Abutu, who represented the State Commissioner of Police, Tunde Mobayo, during a press briefing on Tuesday, September 28, paraded Seun and the victim’s grandmother alongside other suspects arrested for various crimes.

According to Abutu, the suspect lured the victim into his room where he had carnal knowledge of her.

When the grandmother of the victim heard about the incident, she demanded the sum of N50,000 from the parents of the suspect for an amicable settlement of the case. The money was paid to her and she converted it to her personal use.

“Based on the information received on 21/09/2021 at about 15:00hrs that a 3yr old minor was defiled by one Olarenwaju Seun ‘m’ 18yrs at Iyana Emirin Area, Off Poly Road, Ado-Ekiti, the command’s Operatives swung into action and arrested the alleged suspect,” Abutu stated.

“Investigation revealed that the suspect lured the victim into his room on 06/08/2021 at about 15:50hrs where he had carnal knowledge of her. The victim was thereafter, taken to the hospital for medical examination and treatment

“The expert opinion proves that there was a penetration into the private part of the victim. Meanwhile, further investigation revealed that when the grandmother of the victim heard about the incident, she demanded the sum of #50,000:00 from the parents of the suspect for amicable settlement of the case

“The said money was paid to her and she converted it to her personal use. She was also arrested and shall be charged to Court.” he added.

Meanwhile, the command arrested a four-man gang that allegedly specialised in abducting lodgers in a hotel in Isan Ekiti, in the Oye council area of the state.

The PPRO disclosed that operatives of the Rapid Response Squad also nabbed another suspect, Usman Hassan, on September 19, following the abduction of two victims along Ayebode-Odo Ayedun Ekiti by a gang of kidnappers that day.

“On 19/09/2021 at about 18:10hrs, two victims were abducted on the road along Ayebode-Odo/Ayede – Ekiti by a gang of kidnappers. The victims were thereafter whisked into the bush where the kidnappers started demanding for ransom,” he explained.

“Upon the receipt of the information, a team of the Rapid Response Squad (RRS) Operatives swung into action for possible rescue of the victims and the arrest of the culprits. Intensified effort led to the arrest of one of the suspects called Usman Ibrahim Hassan. Three handsets belonging to the victims were recovered from him

Abutu said one Ayodeji Ojo was also arrested for the alleged rape of a lady on September 24 along Federal Housing Road, Ado Ekiti.

“On 24th of September, 2021 at about 18:45hrs, the victim was trekking along Federal Housing Road, Ado- Ekiti when she was suddenly accosted by the suspect, one Ayodeji Ojo, who held her hostage,” he said.

“Immediately after the incident, the victim ran home and narrated her ordeal to her brother who later reported to the Police. Effort intensified by the Police led to the arrest of the suspect

“During interrogation, the suspect made confessional statement to the commission of the crime. The victim has been medically examined at the hospital and expert opinion confirmed that there was a penatration.”

The command also arrested three suspected cultists in connection with the murder of six persons during a clash between two rival cult groups in Ikere-Ekiti.

“On the 18th of April, 2021 at about 06:00hrs, they occurred a clash between the proscribed Supreme Eiye confraternity and the Black Axe ‘Aiye confraternity in ikere-Ekiti during the course of which six(6) suspected members of both rivalry secret cult groups were killed by the aggrieved members

“After the incident, the Rapid Response Squad(RRS) Operatives swung into action and during investigation, arrested one Aladesanmi Sehinde ‘m’ 41yrs, Aladesanmi Tunbosun ‘m’ 31yrs and Ajayi Oluwaseun ‘m’ 31yrs who confessed commission of the crime alongside other suspects who are currently at large

“Further investigation revealed that the arrested suspects took part in the looting of valuables from the Divisional Police Headquarters, Afao ikere Ekiti and later set the Police Station ablaze during the ENDSARS protest on 20th of October, 2020. However, the suspects had since fled from ikere-Ekiti, before they were arrested on the 20th of September, 2021 by the command’s Rapid Response Squad(RRS).” he added. 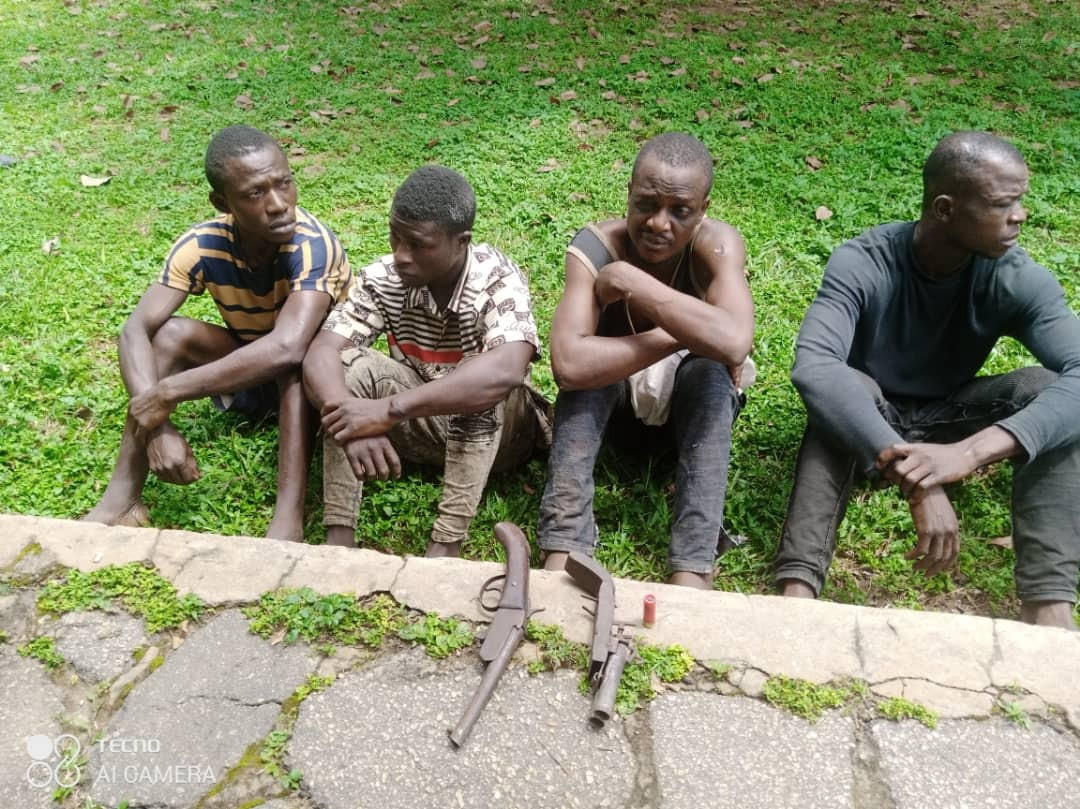 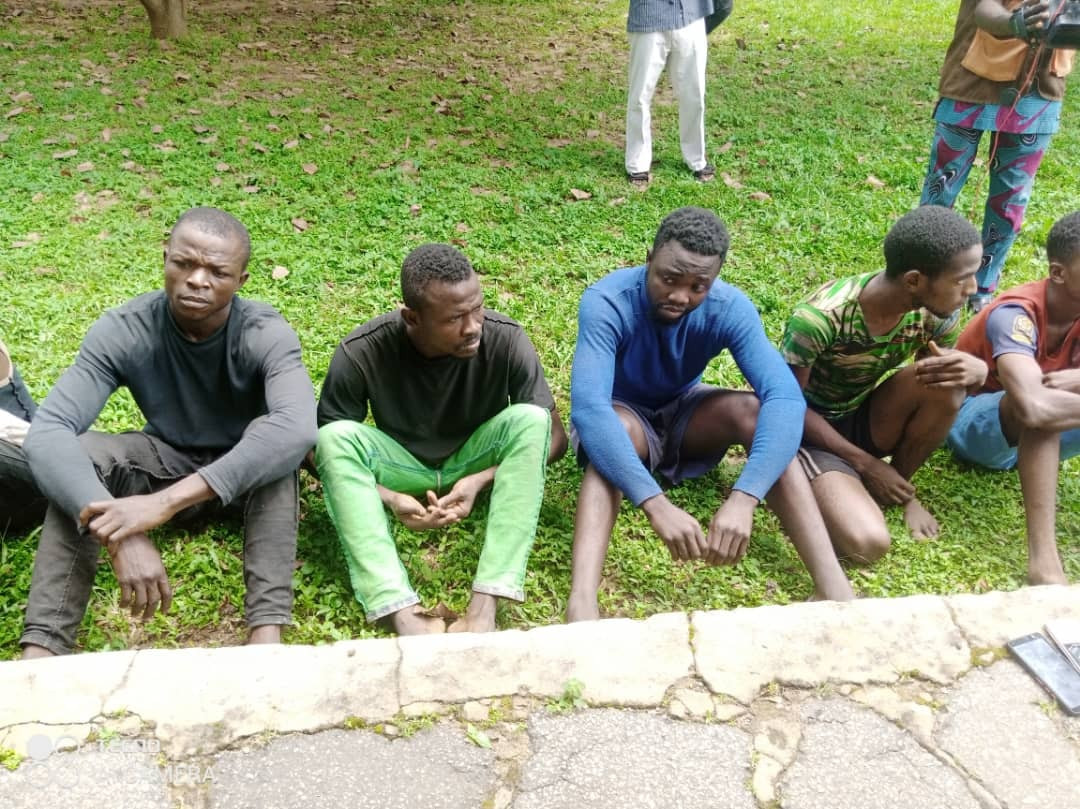 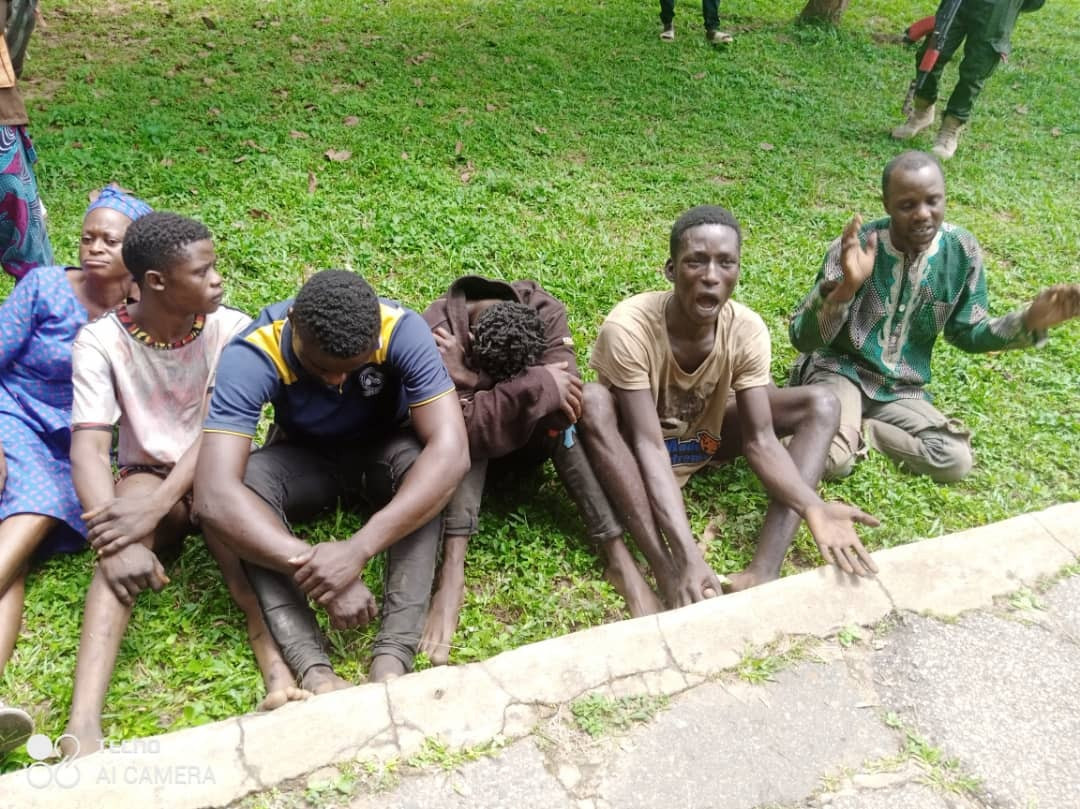