Jachie Pramso Senior High School’s headmaster has vexed a lot of people online after it was reported that she allegedly flogged a student ruthlessly, leaving said student with so many bruises. 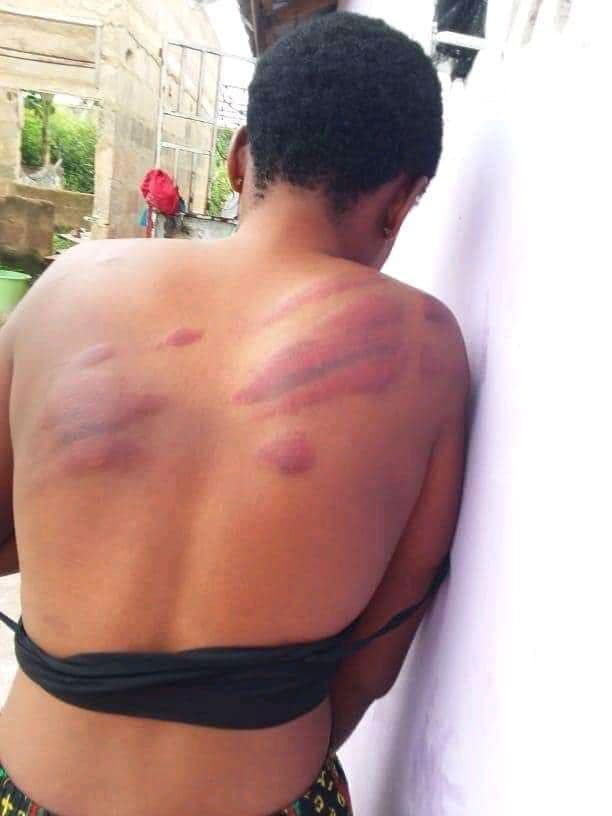 Mary Gabriel Amoako, 18, a WASSCE student was reportedly flogged last Thursday, September 2, 2021. In photos that’s been shared on the internet, the welts on Mary’s back and shoulder are quite obvious due to the flogging. 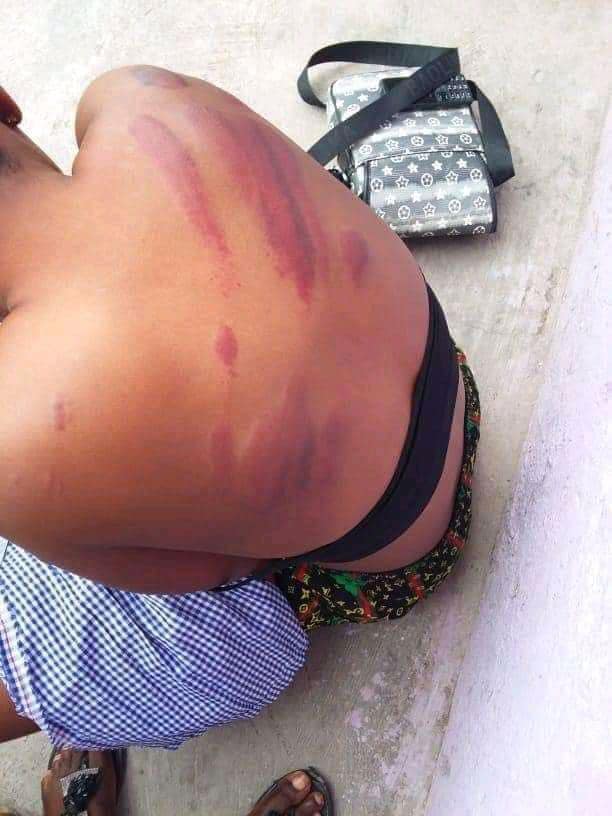 Giving details of the incident, Mary’s grandfather, Mr. Ofosu, revealed that the headmaster had seized the cardigan of one of the students because he was not wearing the school uniform beneath his sweater — this left the student bare-chested so friends begged Mary to release her cardigan to the boy until he was able to get a school uniform.

After seeing the boy with another cardigan, the headmaster reportedly got angry and questioned whose cardigan he was wearing.

“As a result, he summoned all students present to further enquire about who helped the boy with the cardigan. Fearing they might be punished collectively, a boy pointed at Mary, following which the rest were freed,” the report said. 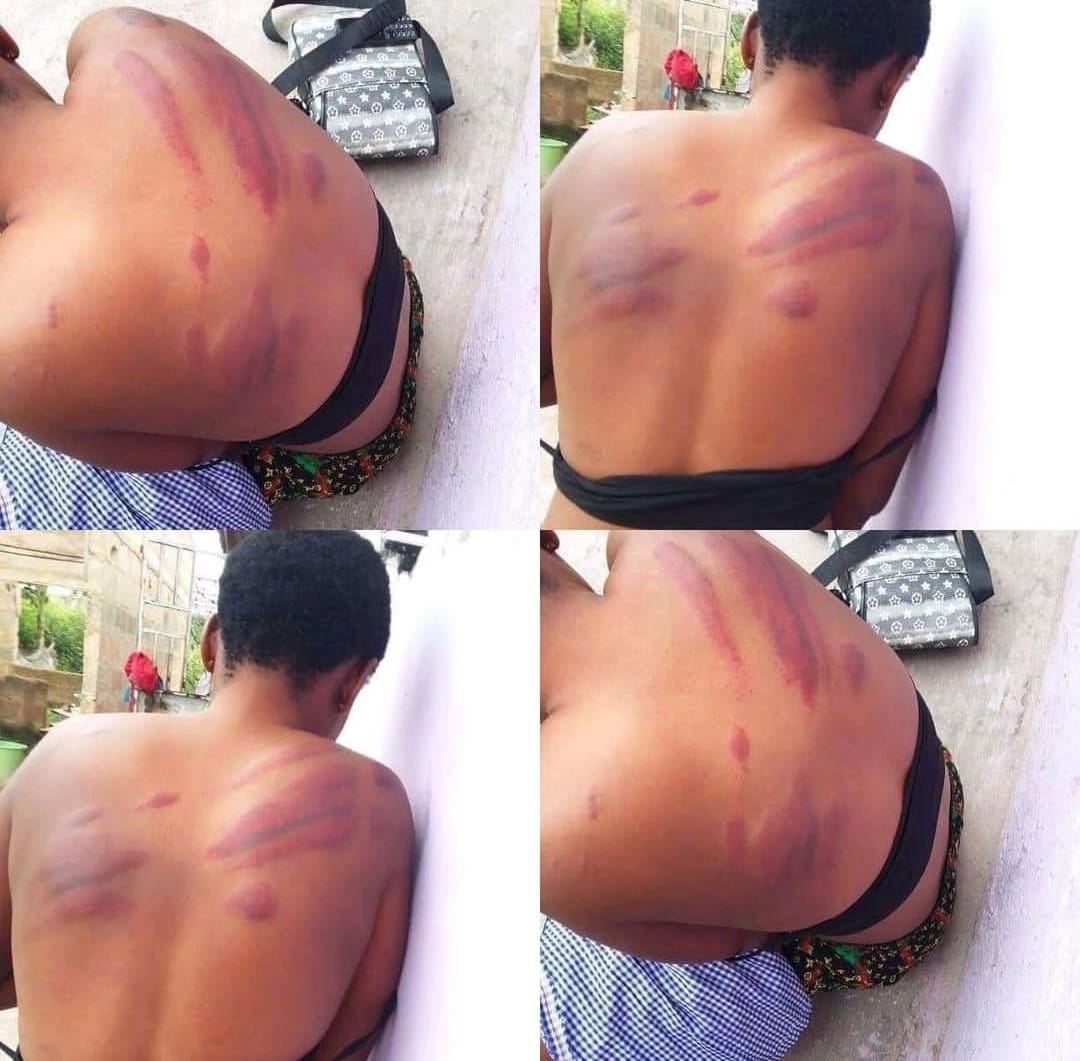 The headteacher then asked Mary to hold on to a pillar and beat her back with a cane.

Mary, who is sitting for the ongoing West Africa Senior School Certificate Examination (WASSCE), has photos of her bruises trending online.

According to the teenager, she has not been herself since the brutal beating. Speaking to the host of Akoma FM‘s current affairs and political show GhanAkoma on Tuesday, September 7, Mary stated that she’s yet to see any justification for the headmaster’s action.