Journalist and activist, Omoyele Sowore, has shared photos of a nine-year-old boy who was kidnapped alongside his father by unknown gunmen from the University of Abuja on November 2. 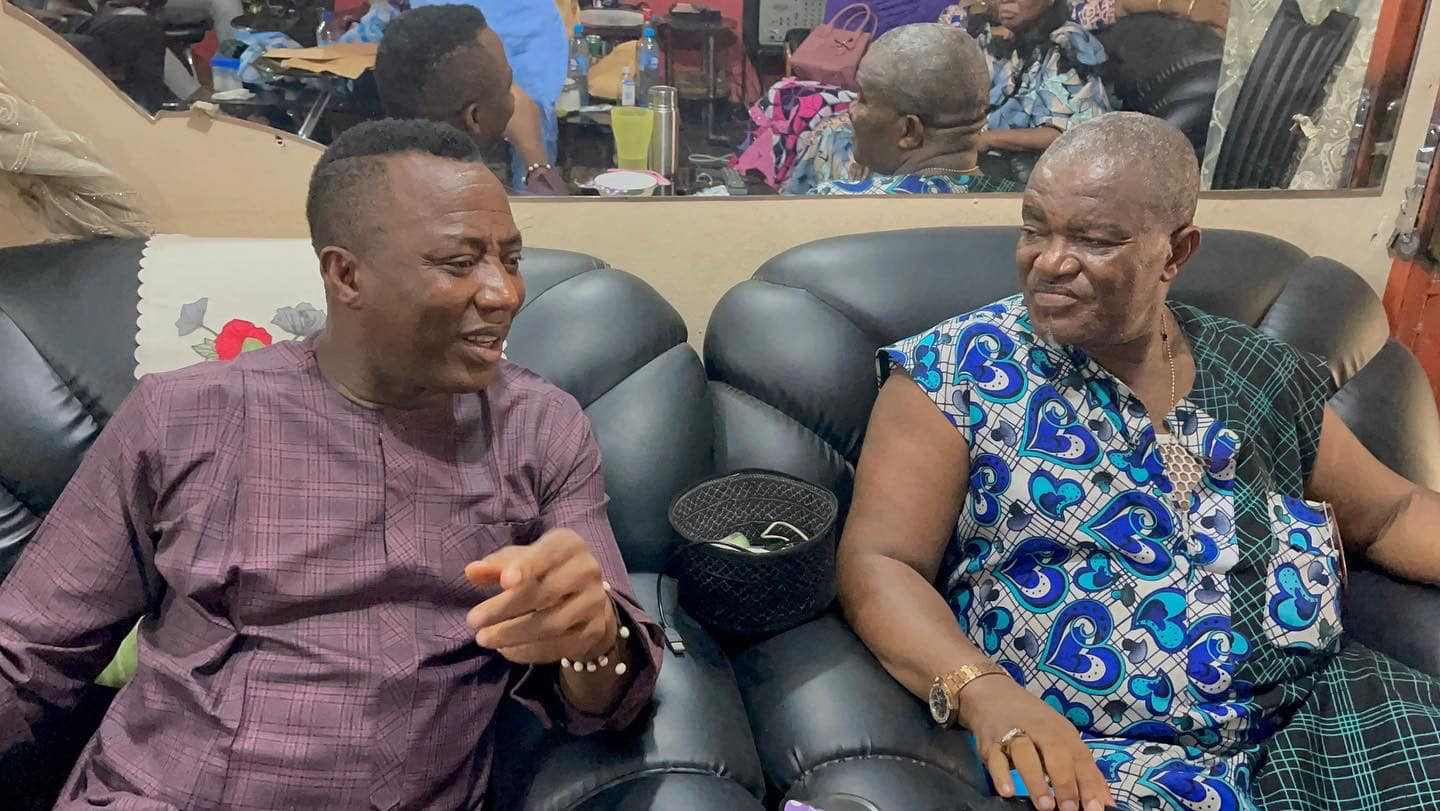 Professor Bassey Ubom and his son, Tete, were kidnapped alongside 10 others from the University staff quarters.

In a post shared on his Facebook page, Sowore who visited the academician over the weekend, said the little boy walked for kilometers like his father and others kidnap victims and was made to drink water from the same pond as cattle.

”On Sunday I met an incredibly courageous young boy, his name is “Tete,” he’s the 9-year-old son of a University of Abuja Professor , Bassey Ubom, kidnapped last week at UNIABUJA Staff Quarters. Tete walked hundreds of kilometres in the wild, drank water from the same pond as cattle, was separated from his loving mother at gunpoint before he was eventually “rescued” last week. This is the story of little kids and adults in today’s unsafe and insecure Nigeria mismanaged and misgoverned by morons!”he wrote 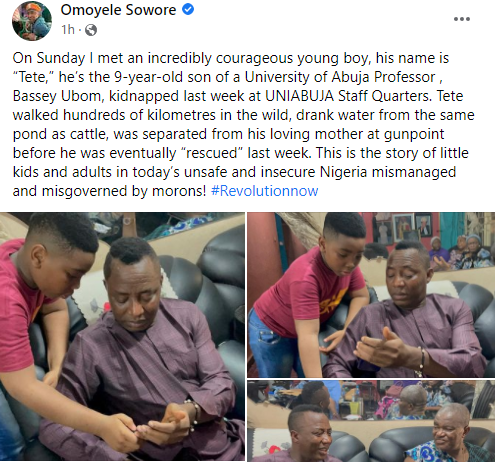