NO BE JUJU BE THAT?? Zambian Lady Calls Out Tekno, Says His Songs Made Her Pregnant

A lady from the East African country of Zambia identified as Rita Mwayanda has reportedly called out the popular singer, Tekno while insisting that his songs caused her pregnancy.

According to the lady who blamed her pregnancy which in turn led to her sufferings on the singer, disclosed that she used to be an ardent enthusiast of the singer and liked his songs so much.

She added that when he released one of his hit tracks, ‘Pana’ she was so excited that she slept with a man and got pregnant. Maintaining her stance, she disclosed that Tekno is the reason she has a child today and ought to pay for child support. 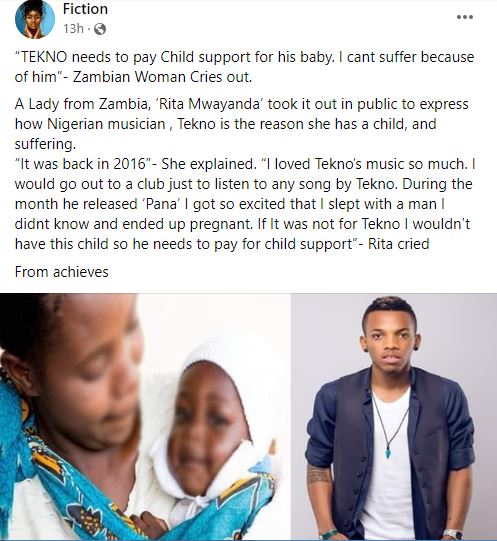