A Twitter user has taken to the platform to reveal how his neighbor snitched on him after erroneously thinking he’s into online fraud.

According to @unclebayotics on Twitter who works remotely as a social media manager, his neighbor reported him to his landlord after ‘watching’ him for a while.

He said his landlord who happens to be his dad’s friend, called him and relayed everything his neighbor said about him. The Twitter user who was disappointed in his neighbor, has now resolved to stop his neighbor from enjoying his Netflix subscription and other benefits.

“Yesterday, neighbor told my landlord that I’m a Yahoo boy and he’s been watching me for a while now. All because I work remotely. In his mind, he snitched on me but he didn’t know that the landlord is a friend to my dad who called me and told me everything immediately. The police are not only the problem we have in this country.

And yes I took him off my Netflix this morning. Let me start from there!” 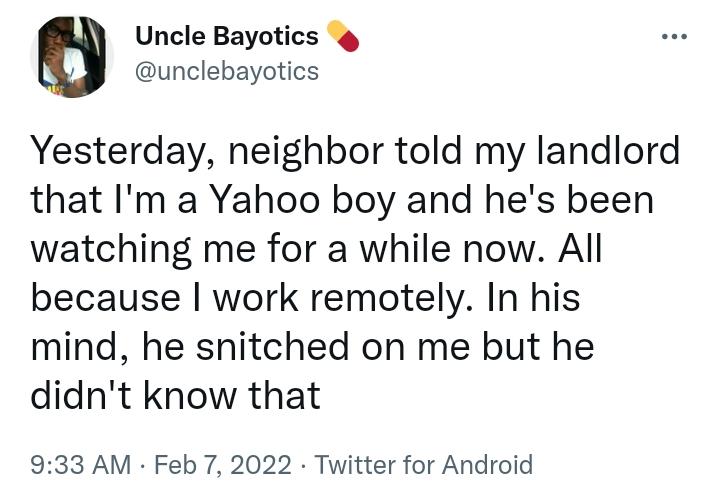 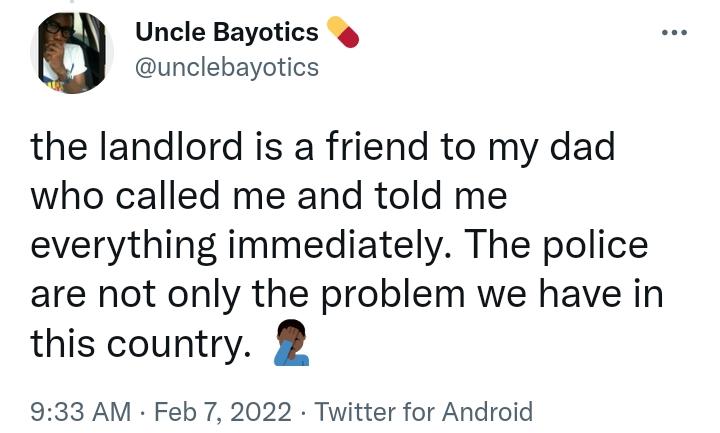