A Nigerian lady has taken to Twitter to narrate how a friend she housed for three years allegedly connived with a group of guys to rape and kill her.

According to the lady identified as @Grace_undiluted on the micro-blogging platform, she brought the lady, Bukky in to stay with her in 2018 and eventually left the house for with her a 7 months rent paid in April 2021.

However, on Friday November 12, few months after they had parted ways, Bukky visited her and inquired if she was alone.

She noted that few minutes after Bukky left her new apartment, some masked men invaded it, assaulted her and struck her with a pestle when she tried to escape.

Grace who urged netizens to learn from her experience and be weary of people they help, disclosed that she got a hint of who carried out the act after she was resuscitated and went back to her room to get dressed so she can be taken to the hospital.

She said she found a piece of cloth one of the men used as face mask and it was a bed sheet she left in the apartment she moved out from for Bukky.

When the recovered item was given to the police, they stormed Bukky’s apartment and asked her about the bedsheet. Upon being questioned, she allegedly confessed to giving the bedsheet to her boyfriend and also identified the boys that invaded the victim’s apartment.

Further investigations revealed that Bukky’s boyfriend just got out from prison and still has a case pending in court. During questioning, the Twitter user also said it discovered that the men didn’t come to steal, but rather came to “rape and beat her” with a weapon which the IPO said is used to kill. 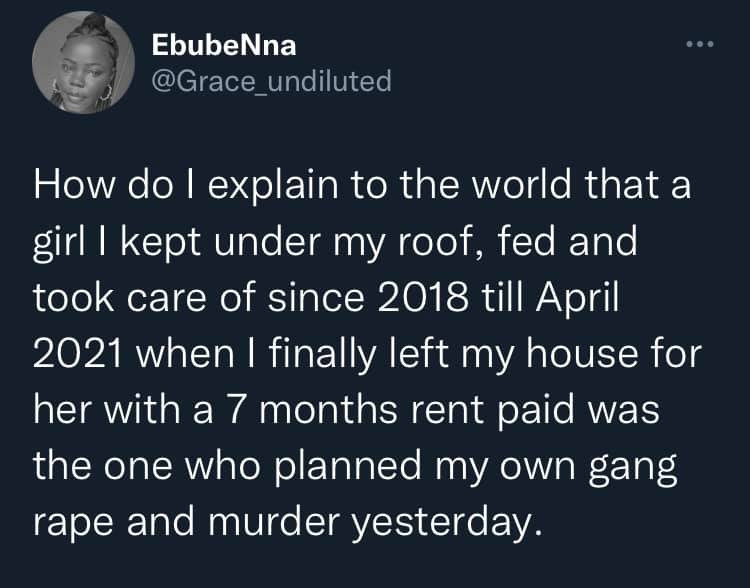 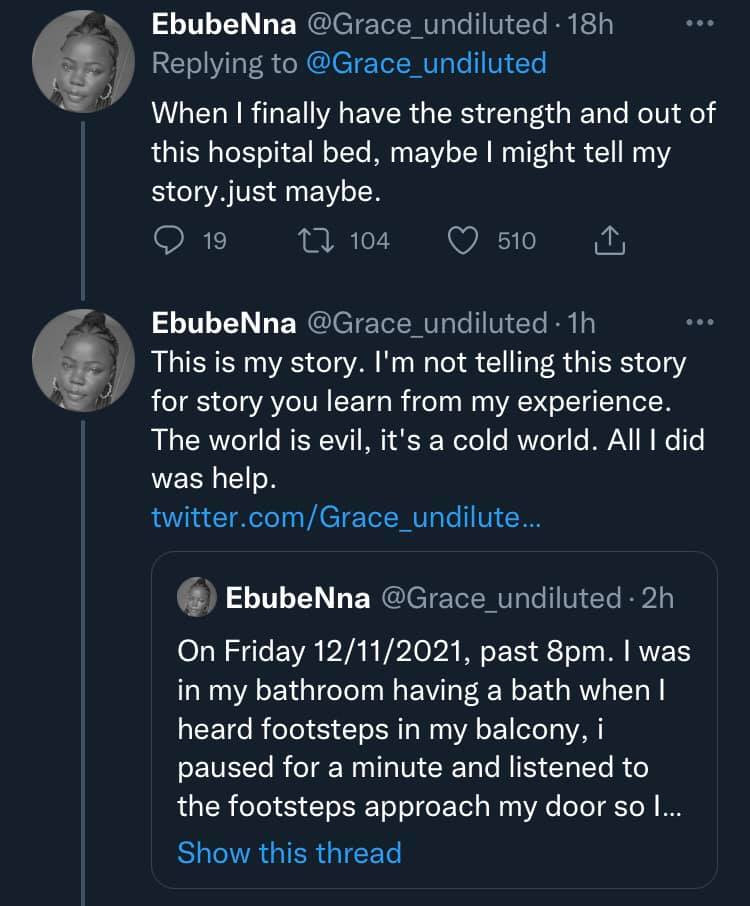 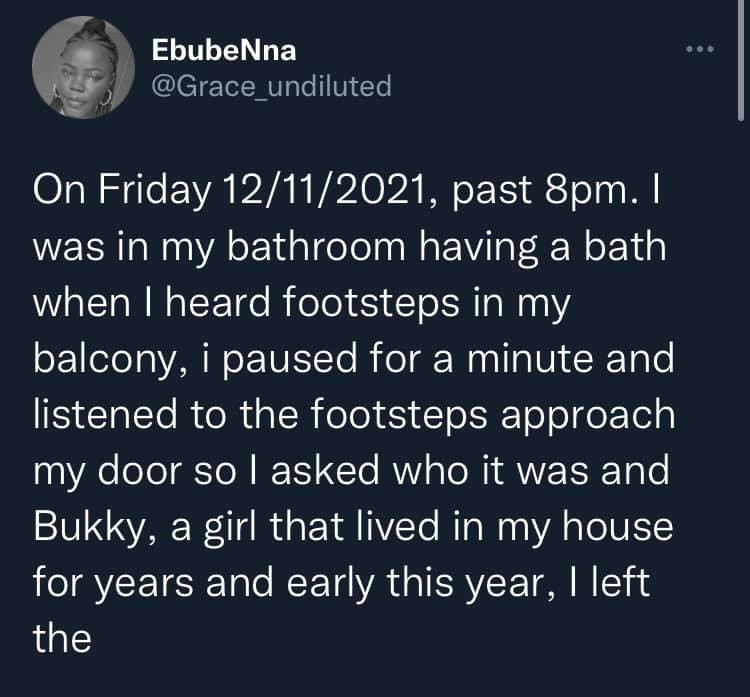 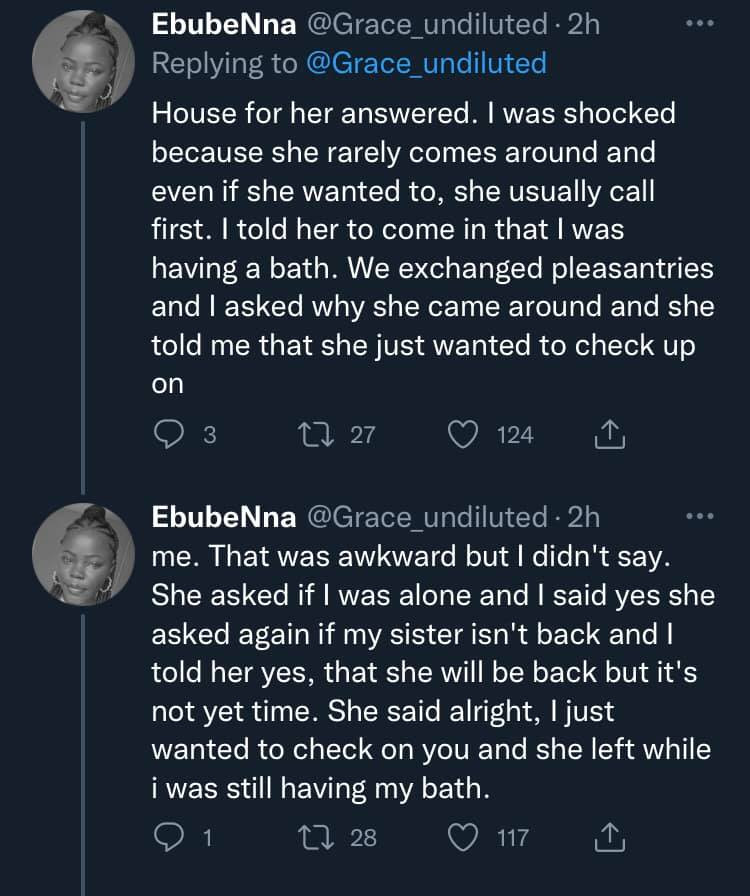 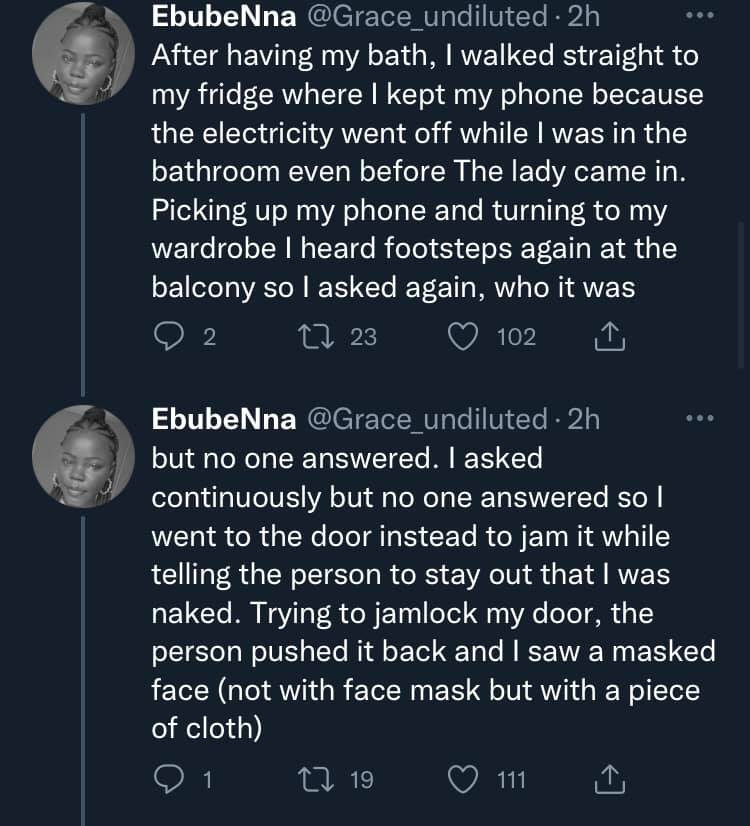 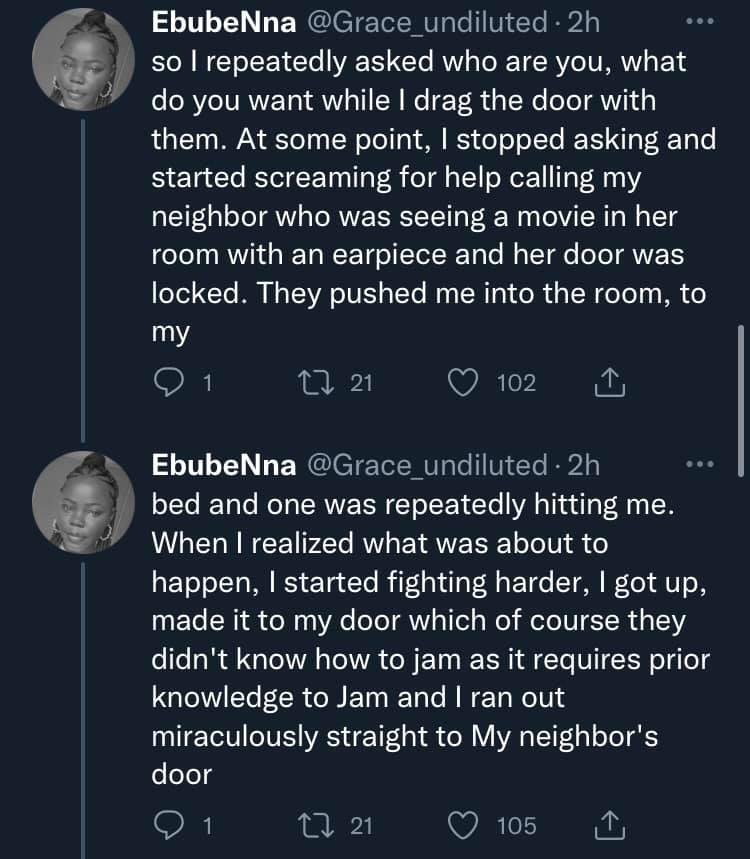 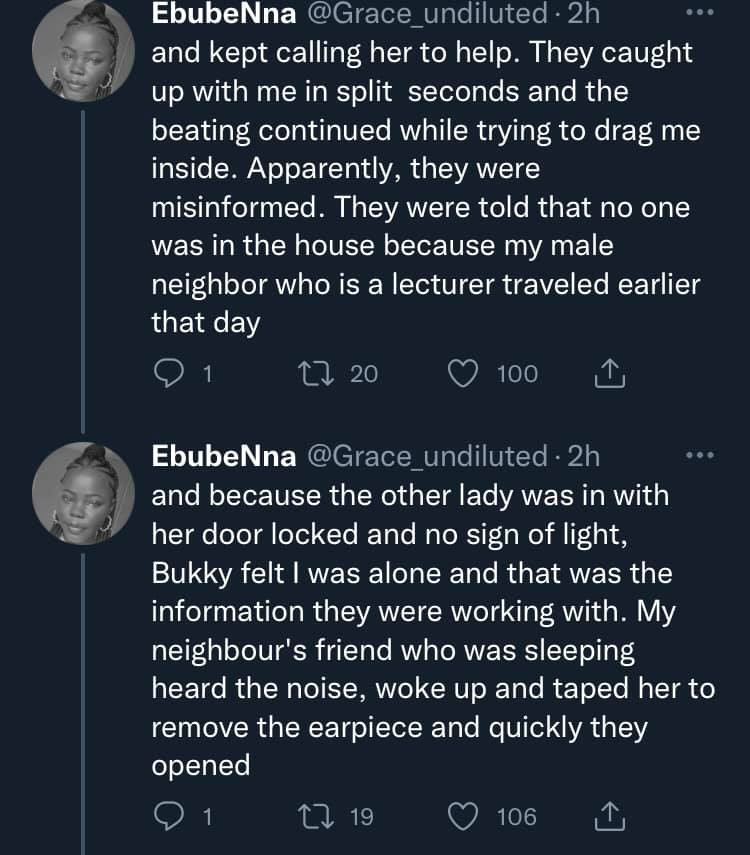 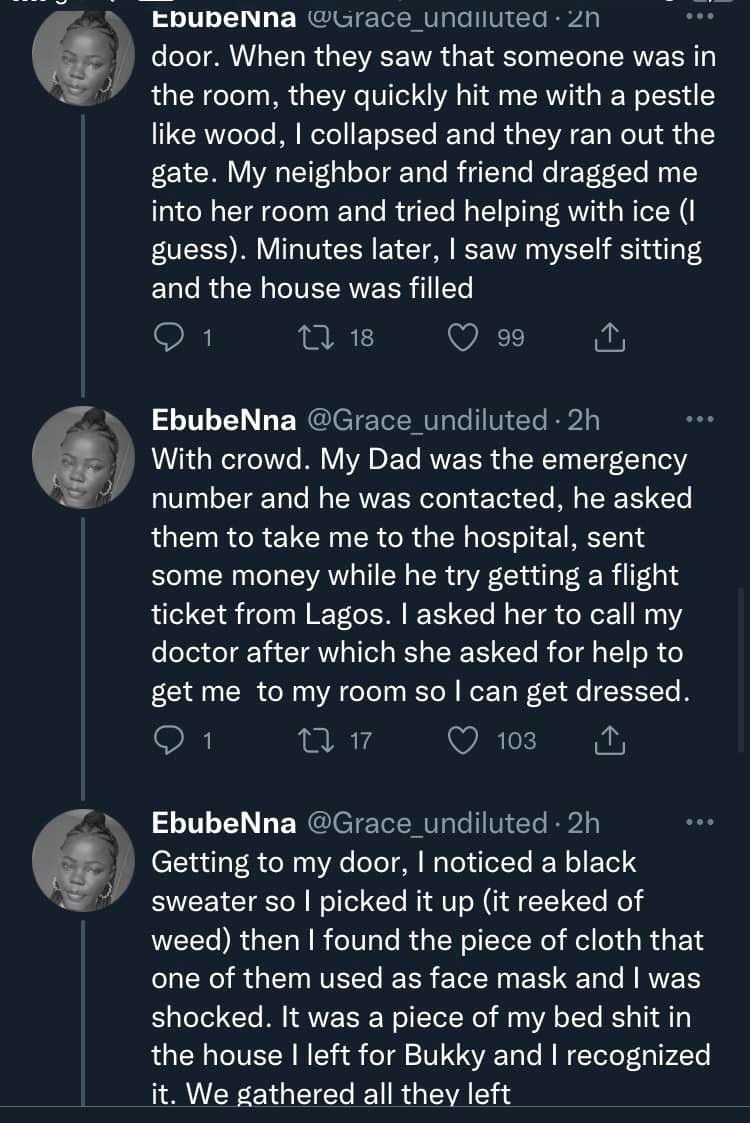 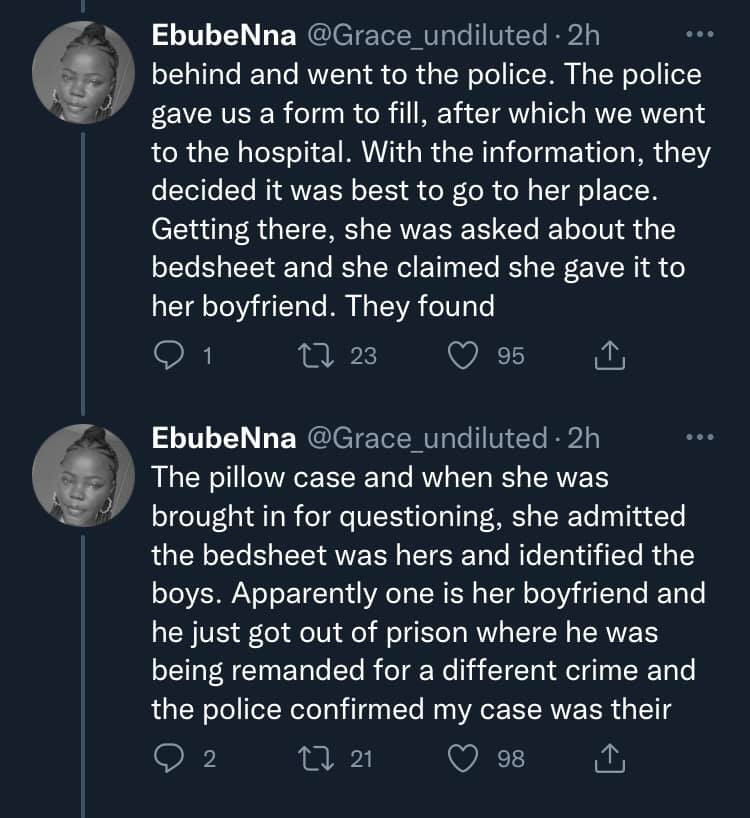 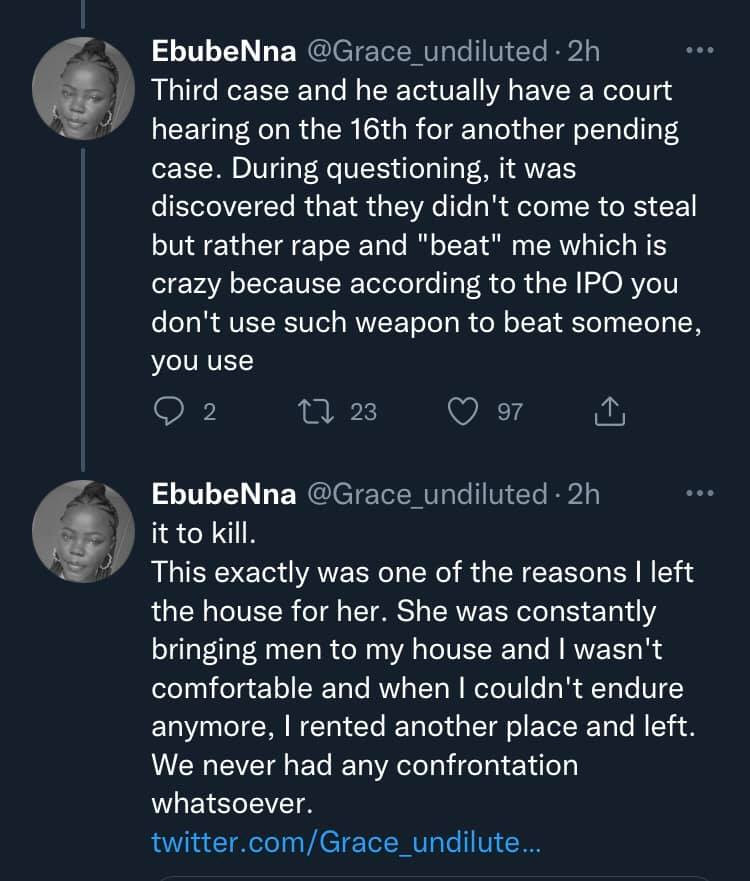