A couple are married now after meeting on Twitter.

The relationship began when the man shared photos of himself with a cup of tea and revealed he is a tea lover.

The woman replied with an emoji and the man asked if she wanted some.

She replied: “What? The tea or the person behind the camera?”

“Well either won’t be a bad idea,  don’t you think?” the man responded.

“Yeah, are you thinking what I’m thinking?” the woman asked.

Their first chat was in the middle of 2020 and they are now married.

“How it started and how it’s going,” they captioned their live story on Twitter. 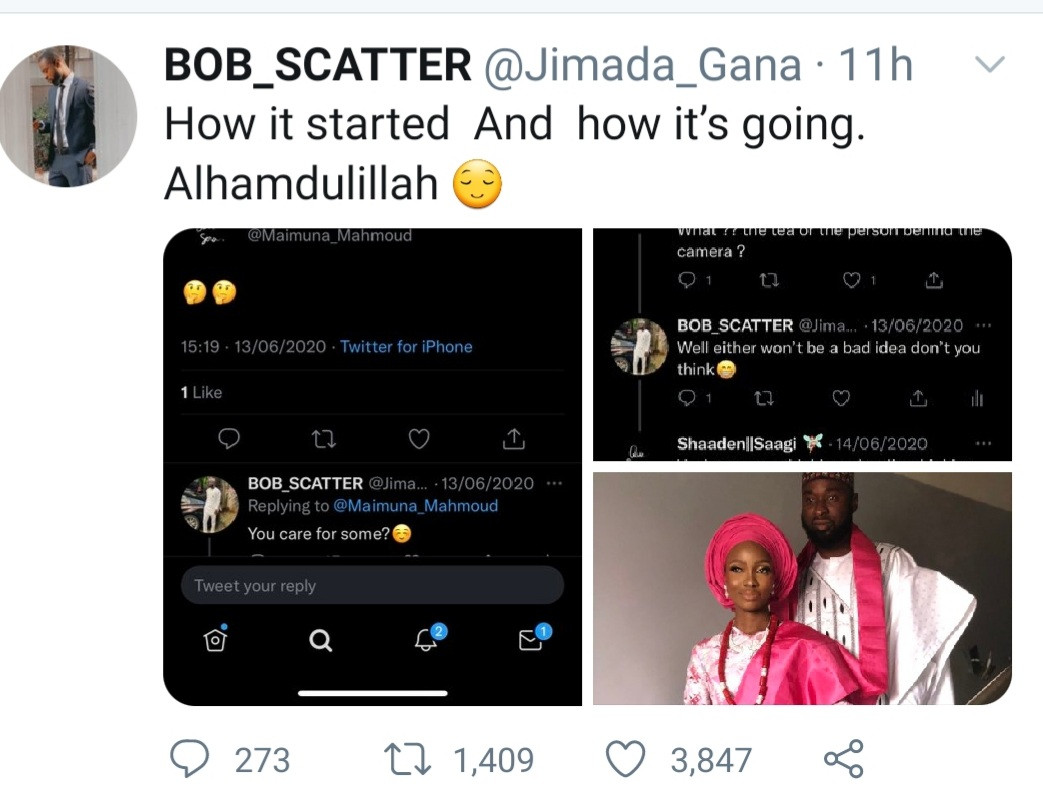 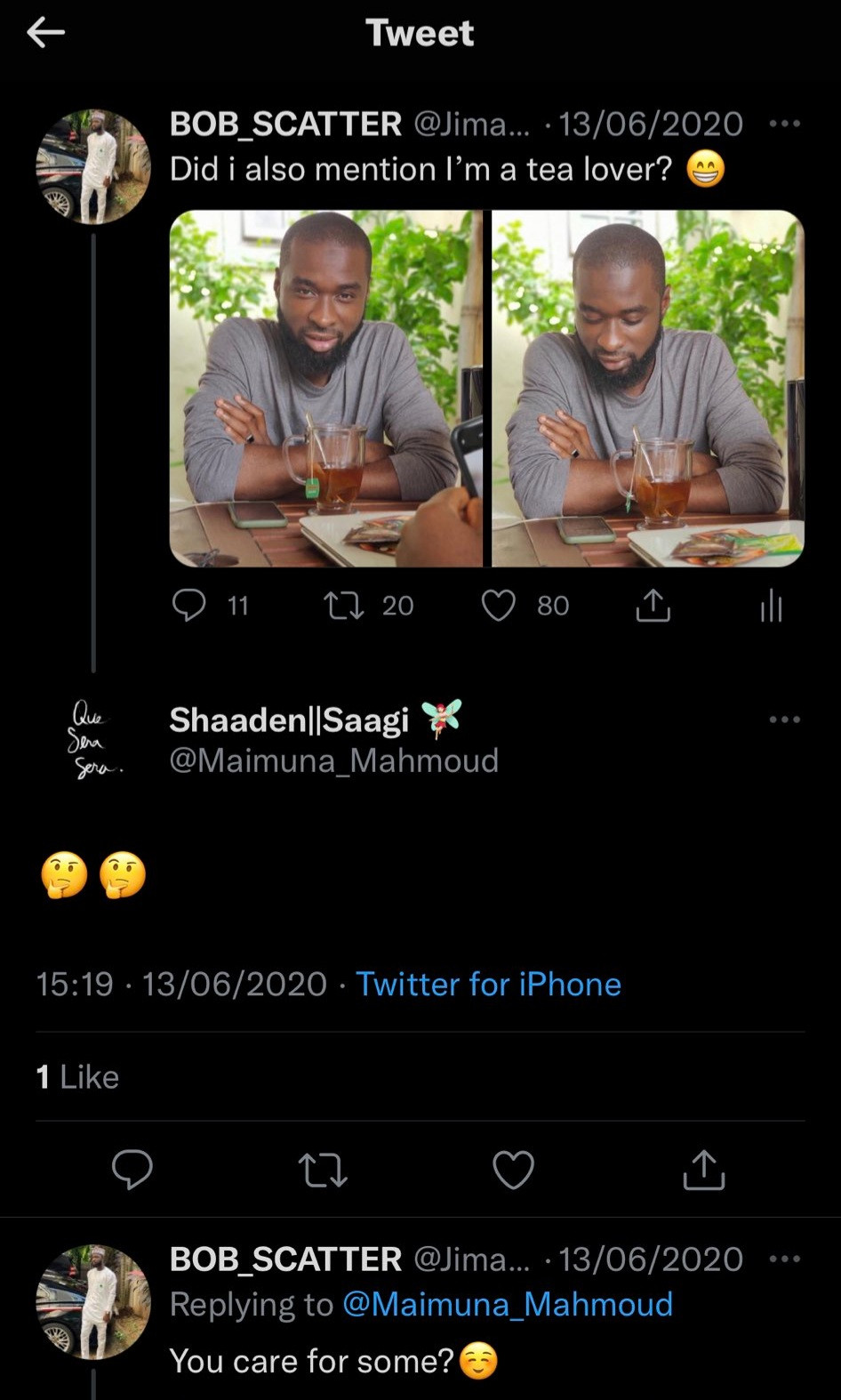 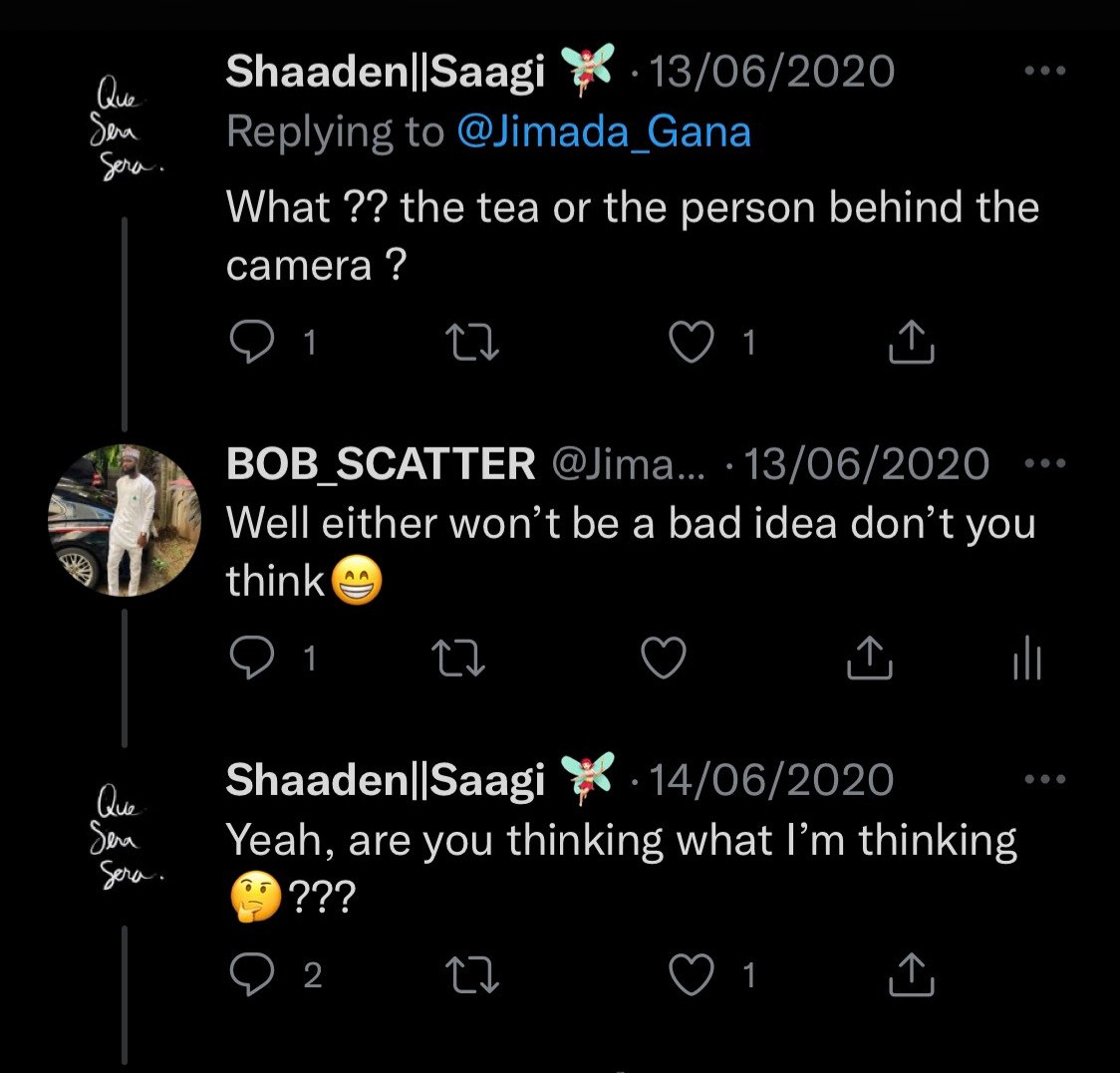 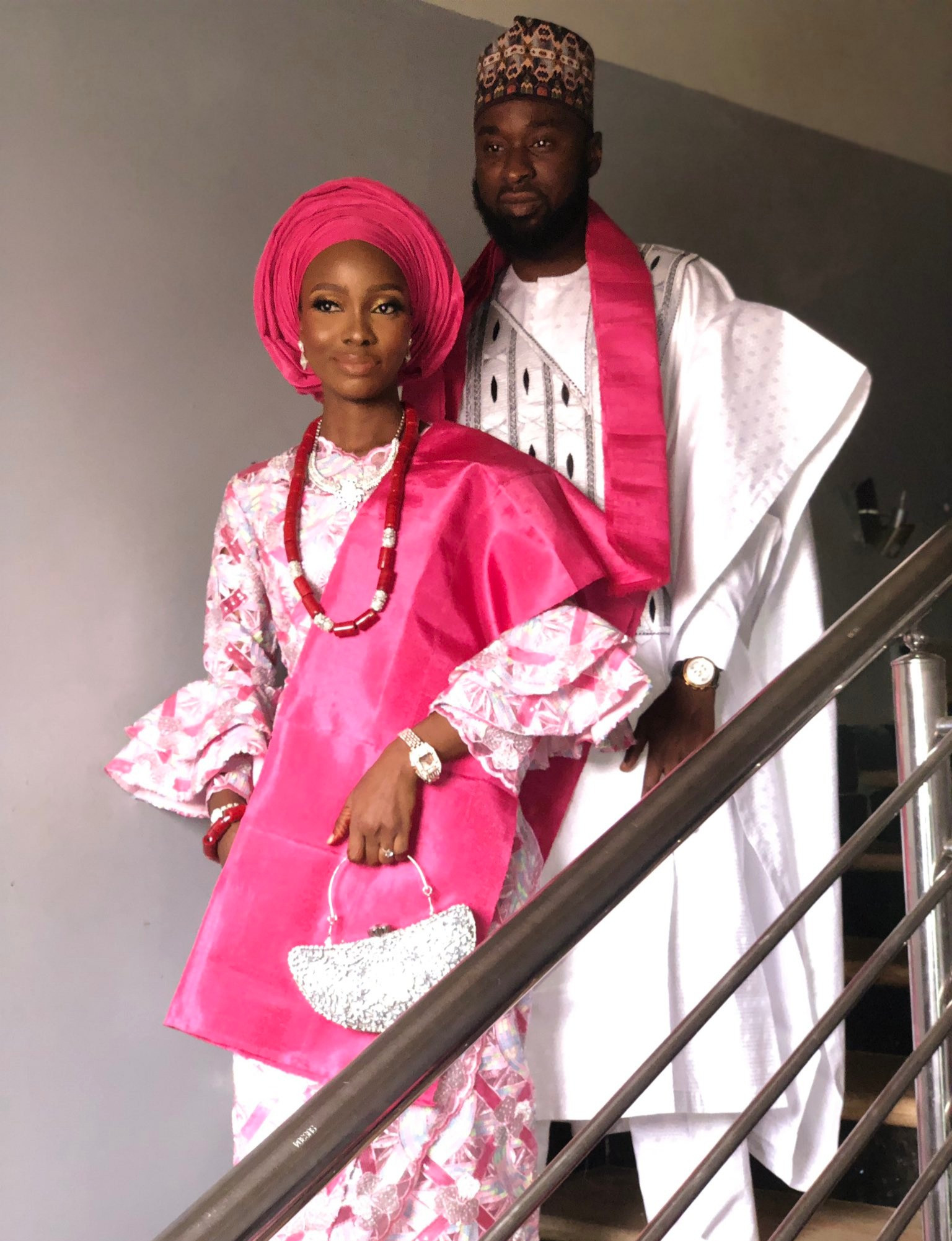