A Nigerian pastor, Shola Adeoye has advised single men against marrying a woman who is addicted to visiting prophets. 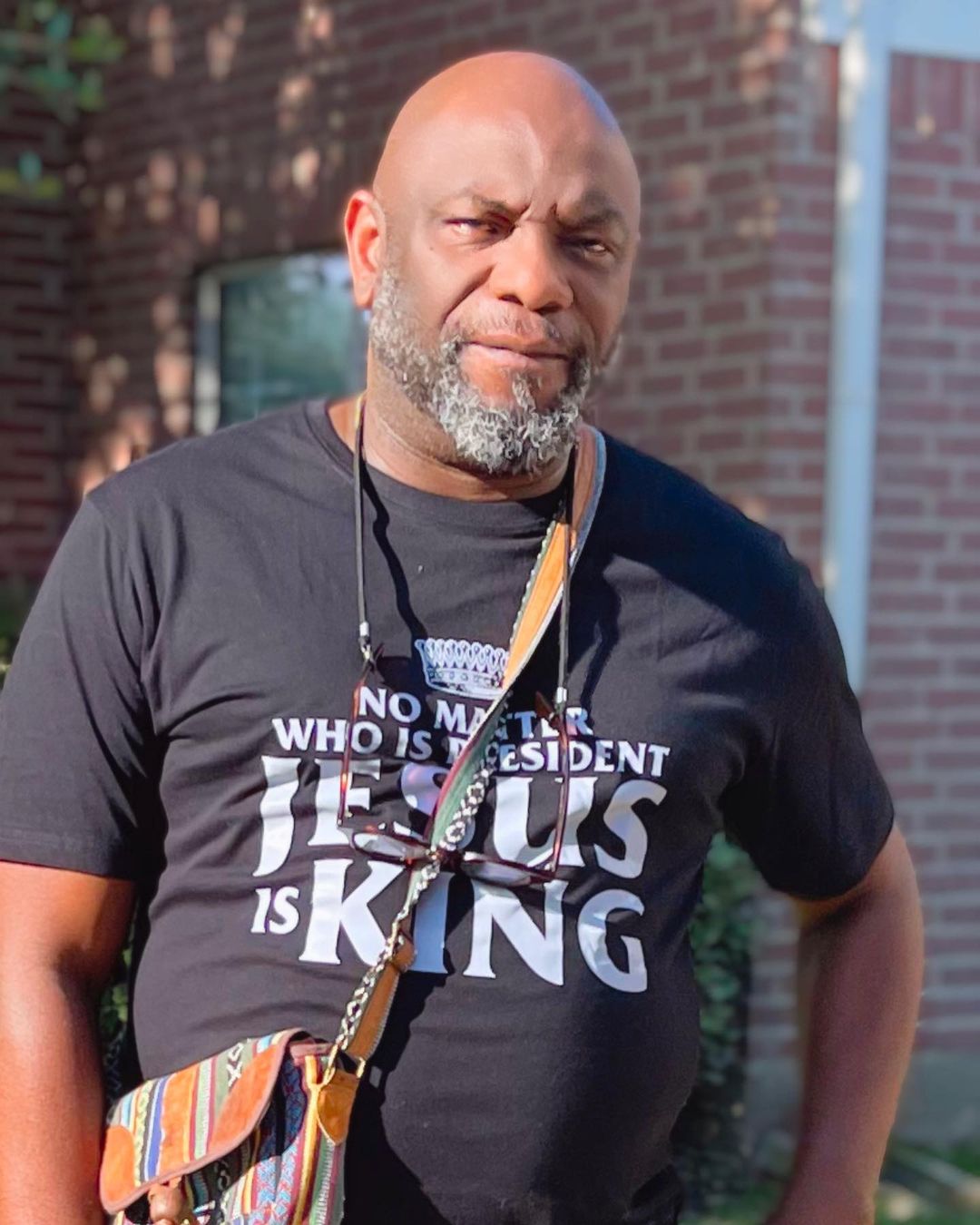 Adeoye in a post he shared on social media averred that a woman who is addicted to visiting different prophets is different from one who knows and trust God.

He noted that a woman who has a relationship with God is best for marriage. According to him, marrying a woman addicted to visiting prophets or whose mother is a spiritual prostitute can be bad for their marital life.

He stated that such a marriage will be controlled by prophecies.

In his words, “Never marry a woman addicted to visiting prophets, or her mother is a spiritual prostitute. Your marriage shall be controlled by prophecy. A woman who knows and trust in God is the best for marriage”. 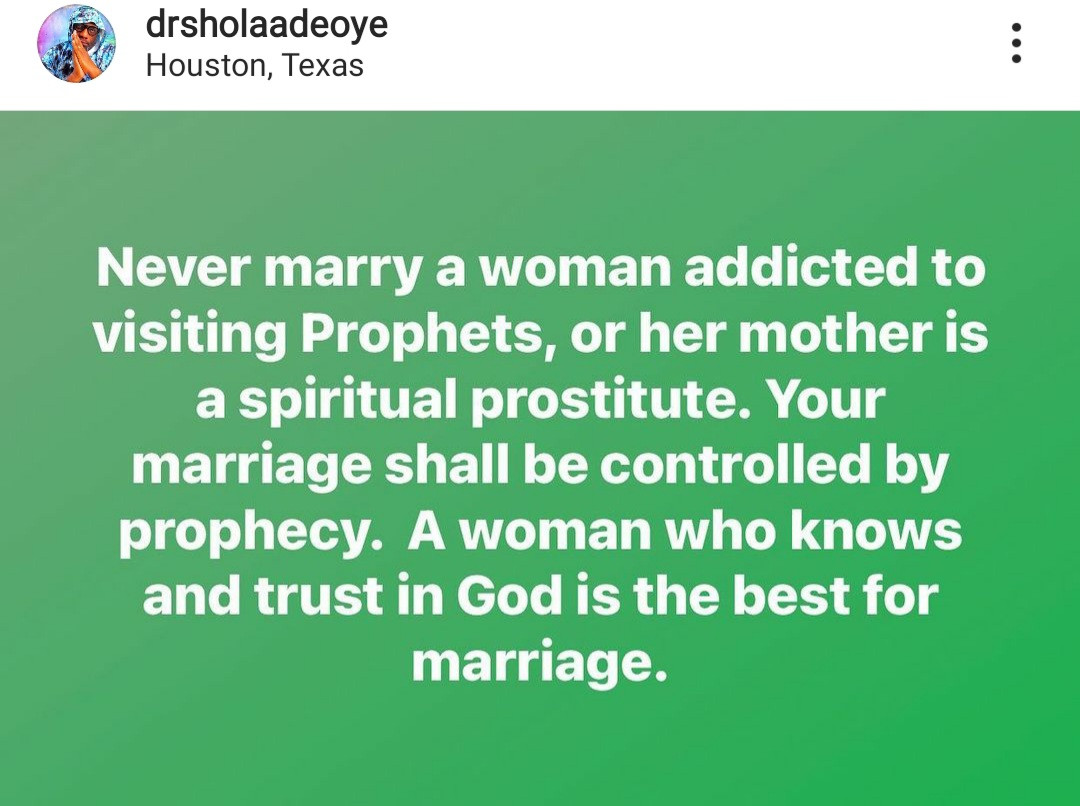 In other news, a Nigerian man has taken to his social media page to advise men to stay away from marriage if they are not financially ready.

According to Twitter user, @oku_yungx, a man would be digging his own grave if he decides to keep a housewife whilst he’s still struggling.