My Name Is Stella Damasus, Not Damascus, Actress Warns Nigerians

Stella Damasus has taken to her social media to give a public notice on her name.

The actress has realized that her name have been often misspelt or pronounced wrongly has finally made it public and let her fans know what her real name is.

Few days ago, Stella remembered her late husband and father of her two children, Jaiye Aboderin who died 16 years ago.

She is still mourning his passing but grateful how far she has come.

Well, even with all these, Stella has made it clear that some of her fans and followers refers to her as ‘Stella Damascus’ instead of ‘Stella Damasus’. 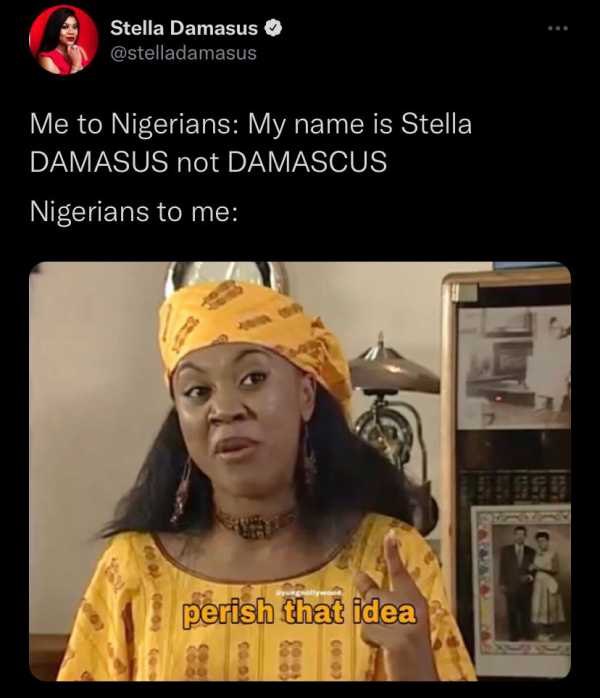 “Thank God We Don’t Look like What We’ve Been Through”- Sandra Iheuwa Writes, Days after Messy Fight with Her Husband