An heartbroken lady has taken to Twitter to lament as her boyfriend of 4 years is set to marry another woman. 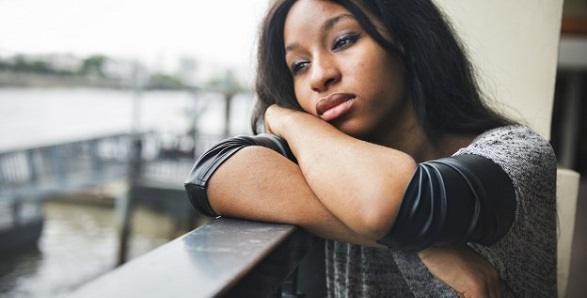 According to the South African lady, her boyfriend met his bride-to-be through her, six months ago and she’s more than shocked to realize they are getting married.

“My boyfriend of 4 years is marrying someone he met through me 6 months ago, i don’t understand.” She tweeted. 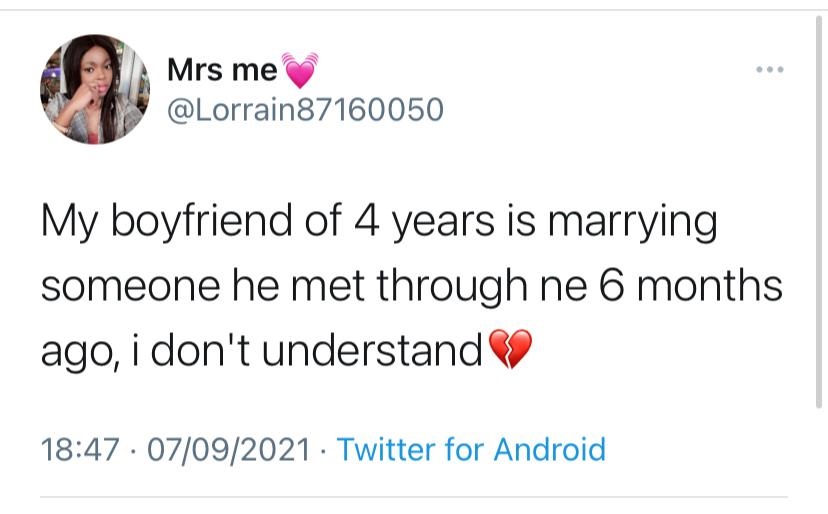 Her tweet has however stirred reactions from tweeps with many consoling her and advising her to take heart.

A Twitter user @sthebeworldwide, “It shows duration isn’t everything, you were not the type he saw to marry, crazy how you still refer him as your boyfriend. He’s getting married..”.

@GMcckey, “The more he got to know you the more he began to question even the smallest of things. He found reasons in his heads why he can’t marry you”.

@Mosiuoar1, “Sometimes it’s ok not to understand some of the things in life. I still don’t understand how can this man be terminally ill for more than 10 years. I mean terminally ill? But I made peace with it”.