Murderer is executed by lethal injection after enjoying last meal of 20 chicken nuggets, 3 large fries with ketchup and large cola

A murderer from Oklahoma has been executed by lethal injection after his request for a firing squad was denied.

Gilbert Ray Postelle, 35, was killed at Oklahoma State Penitentiary in McAlester, Oklahoma, on Thursday at 10.06am for murdering four people at the request of his father when he was a teenager.

Postelle was convicted and sentenced to die for his role in the quadruple slaying of James Alderson, Terry Smith, Donnie Swindle, and Amy Wright, in 2005. 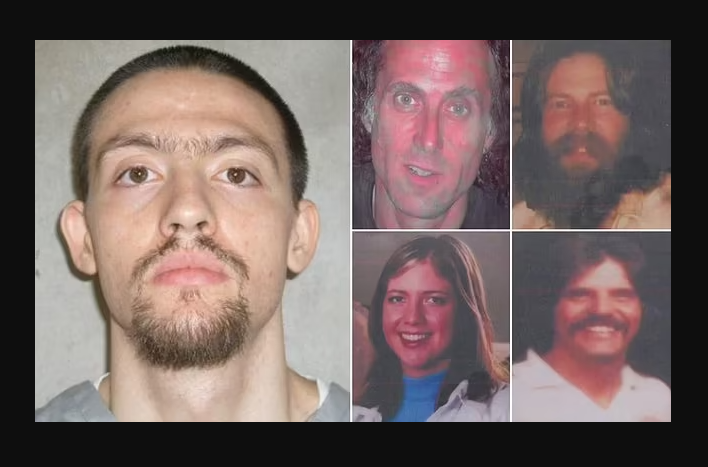 Media witnesses said the execution appeared to have taken place without any complications.

They said Postelle, whose last meal was 20 chicken nuggets, an assortment of dipping sauces, three large fries with ketchup, a crispy chicken sandwich, a chicken sandwich, a large cola, and a caramel frappe, shook his head no when asked if he had any last words.

He required all the plaintiffs in the lawsuit challenging Oklahoma’s lethal injection to select an alternative method of execution.

Postelle’s execution was the fourth in Oklahoma since October – when a nearly seven-year moratorium on executions was lifted – and the third in the United States this year.

According to Mail Online, Postelle and his older brother David were convicted of murdering four people in Del City, Oklahoma, in 2005. Around 60 rounds were fired from assault rifles during the attack on a mobile home where a man named Donnie Swindle was living.

Earl Postelle, the father of the boys, blamed Swindle for a motorcycle accident the previous year that left him severely injured.

Swindle, two other men, and a woman who were at the mobile home at the time were killed.

In a hearing before the Oklahoma clemency board in December, Gilbert Postelle said he had been a methamphetamine addict since the age of 13.

‘My life at that time was filled with chaos and drugs,’ Postelle said. ‘It was a family addiction.’

‘In no way does that excuse my actions,’ he added. ‘I do regret the pain and the loss that I have caused.’

Postelle said he was under the influence of his father, who was declared mentally incompetent because of brain injuries from the motorcycle accident and did not go on trial. He has since died.

‘My dad was everything to me, even with all of his flaws,’ Postelle told the clemency hearing.

Postelle’s brother David was sentenced to life in prison without the possibility of parole for his role in the slayings.

The other man involved, Randal Wade Byus, cooperated with the authorities and was sentenced to six years in prison.