The top prize in world football, the Ballon d’Or 2021 award will be handed out on November 29.

After being suspended in 2020 due to the coronavirus pandemic, the award is back with a bang to honour the male player deemed to have performed the best over the previous year.

Two players are red hot favourites to land the award by the bookies – Lionel Messi & Lewandowski. 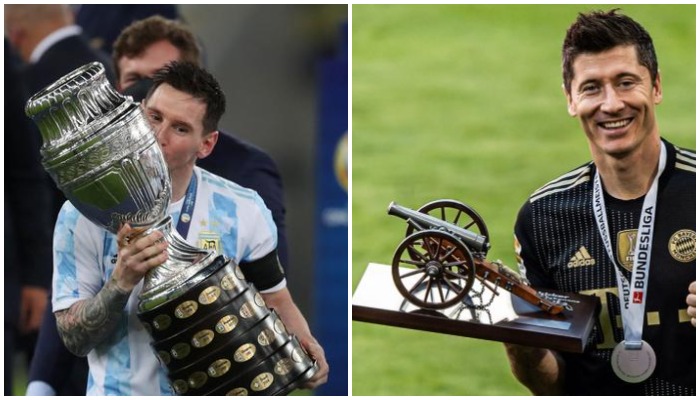 Messi had a strong personal season with Barcelona and securing the Copa America title with his country with pride.

After being robbed in 2020, Lewandowski is again in contention amid his goal scoring exploits at Bayern Munich last season scoring 48 goals in 40 games, winning the European Golden Shoe as his club won the Bundesliga again.

So we are leaving the debate to you all 👇👇

Lets hear from you all

BREAKING!! Cristiano Ronaldo’s Transfer From Juventus To Man United Is Under Investigation

GOD IS GOOD!! Man In Good Health After Suffering Heart Attack During Watford vs Chelsea

I Was Scared Of Meeting Pogba – Chelsea Hero, Frank Lampard Speaks Out