This is coming after a story published in The Mirror described how Maguire and Cristiano Ronaldo are locked in a power struggle regarding who should skipper the side between now and the end of the season.

The report claimed that the United duo have been in conversation with interim boss Ralf Rangnick about the situation, with Maguire reluctant to hand over the armband for fear of losing it permanently.

Addressing The Mirror’s report, Maguire wrote on Twitter: ‘I’ve seen a lot of reports about this club that aren’t true and this is another. Not going to start posting about everything that is written but I needed to make this one clear. We’re united and focused on Sunday. Enjoy your day everyone.’ 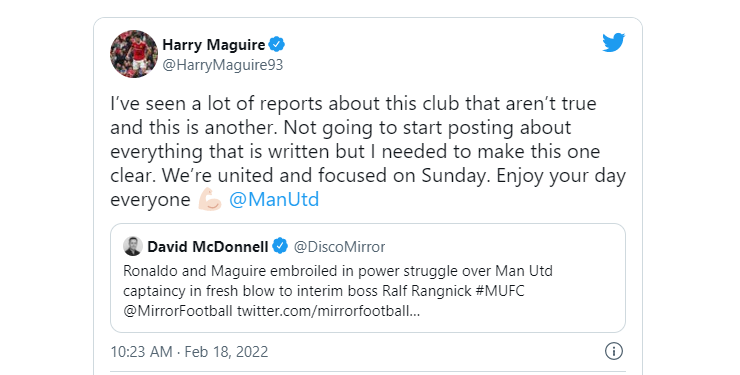