A man, identified as Bobby Ese, popularly known as Aladja Chief Priest, has reportedly committed suicide by jumping into a river in Delta state.

According to reports, the man shared what looked like a suicide note on his WhatsApp before ending his life. He shared a picture of a wire hanging from a ceiling fan and wrote, “I will die today I hate family”.

Concerned friends rushed to his house after seeing the status and saw the wire hanging from his ceiling as shared on his WhatsApp status.

SaharaReporters reports that he attempted to commit suicide by hanging himself but later changed his mind and jumped into Ugbokodo River in Warri South instead. 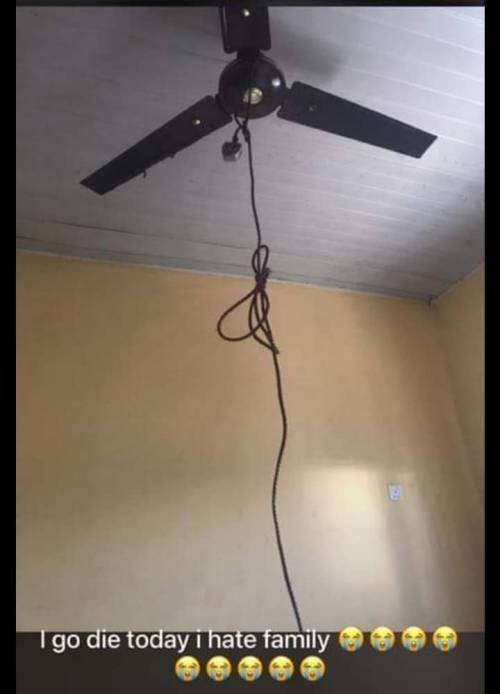 According to the Twitter user identified as Obong Daniel, the cleaner approached him at work on Tuesday, lamenting that he hasn’t eaten a proper meal in a week.

Daniel who revealed he helped him with a token was shocked to hear the news of his death at work today.

It was gathered that the said man committed suicide in his home last night, Thursday, June 18th.