35-year-old Thomas Schreiber has been jailed for life for murdering his millionaire hotelier step-dad and attempting to murder his own mother, who he left paralysed.

Narrating how he carried out the onslaught at Sir Richard’s Dorset country estate, Thomas said he ‘completely snapped’ when his mother shouted at him for being ‘drunk like his father’ during lockdown.

He disclosed that he was angry with his mum for ‘abandoning’ his father, who suffered from depression. Thomas accused his mother of being a ‘gold-digging b****’ for moving in with Sir Richard, who was one of the richest men in the UK.

Schreiber also felt that Sutton treated him unfairly compared with his two sisters despite him receiving a £1,000 monthly allowance and £100,000 towards buying a house.

The court heard that family arguments descended into violence on three previous occasions including once when Sutton hit the defendant with his walking stick in November 2020, causing the cane to shatter and leaving Schreiber “humiliated”.

The convict blamed lockdown for worsening his mental health by forcing him to remain in the “toxic pressure boiler” environment of Sutton’s estate.

In March 2021 he told a friend: “My mind is consumed with hatred of the very worst kind towards my family. I contemplate murdering them all morning day and night.”

Thomas Schreiber blamed the couple for his parents’ separation in 2002 and his father’s eventual death from alcoholism. After months of telling friends that he harboured a murderous grudge, he carried out a frenzied knife attack on his mother in their kitchen, before pursuing an injured Sutton upstairs to his bedroom and stabbing him repeatedly in the heart. 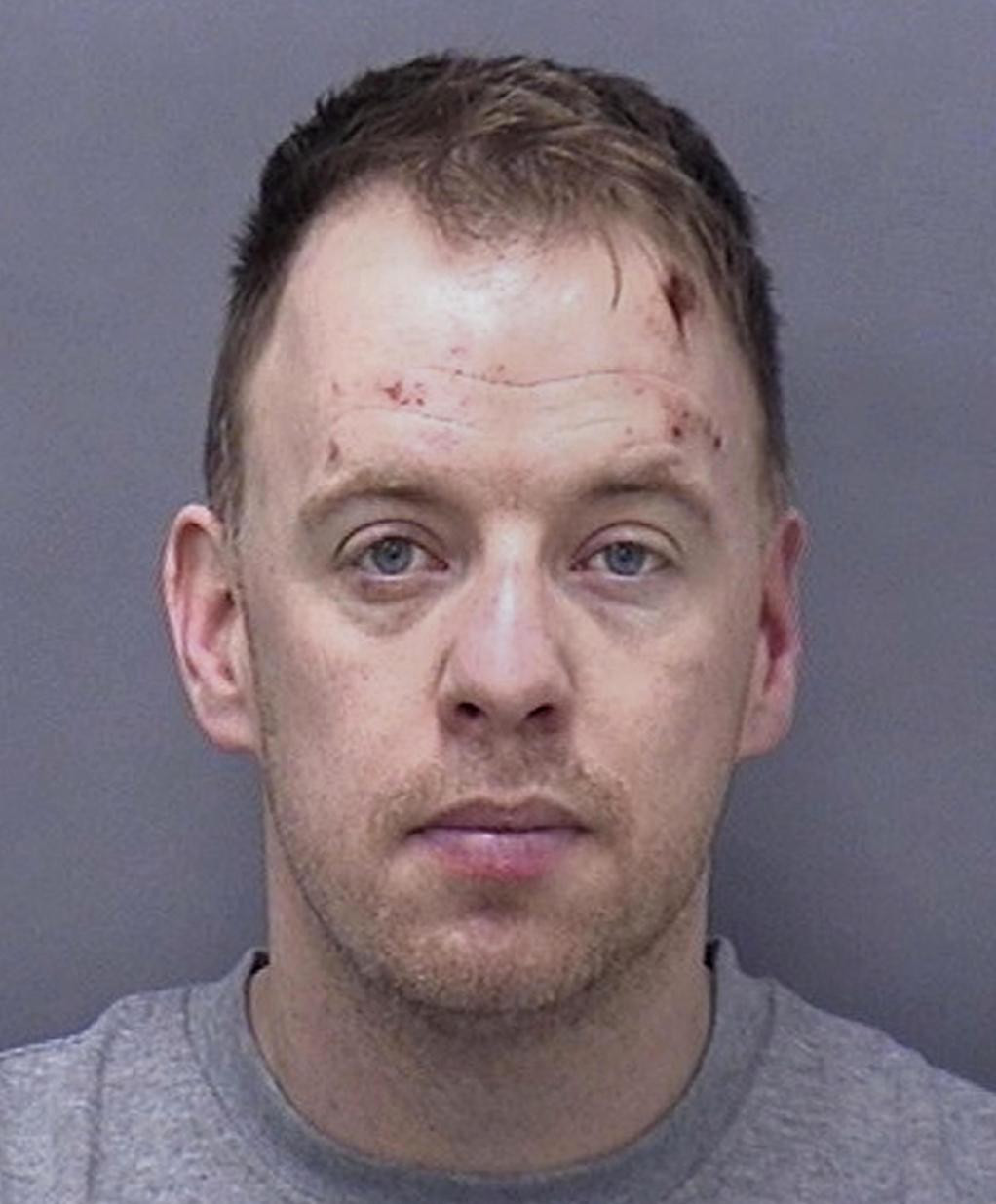 Anne Schreiber who listened to the sentencing proceedings by videolink, survived 15 stab wounds to her face, neck and back and was given 27 litres of blood during emergency surgery after being flown by air ambulance to a hospital in Bristol. She also suffered a partially severed spinal cord which has left her paralysed.

“You took a knife to our world. In doing so you took away Richard, you took away the most innocent and kindest of men in the most brutal of ways. He never stood a chance.

“You also killed our mother. You took her life away and left her trapped in a body she can’t use and is in constant pain.”

With the convict crying in the dock, she added:

“Tom, I love you but I struggle so badly with what you have done. What a waste of all these lives for a moment’s anger.”

Their sister, Louisa Schreiber, added in her statement: “I miss my mother’s touch most of all. It pains me when she asks me to put her arms around me.”

During a break in proceedings, Thomas Schreiber, sobbing, spoke to his sisters from the dock, saying: “I am so sorry, I really am. I love you.”

In a letter to the judge, Thomas spoke of his “heartfelt shame and total disgust” at his actions. He said;

“I have been a coward, hugely arrogant and selfish in my behaviour. I am so sorry for this and wish I had the clarity of thought I have now.

“This was not the actions of a demonic monster but someone in need of help and intervention.”

“This was a senseless act that has taken away the life all too early of a generous, loving, elderly man who only wanted to enjoy his twilight years.”

Thomas was also sentenced for driving dangerously when he failed to stop a Range Rover for armed police in a 135mph pursuit after the killing. When he was detained he stabbed himself in the chest and shouted at officers to shoot him.

AFCON 2021: Nigerians drags Shatta Wale as Ghana crash out after defeat to Comoros