Man U. stars Marcus Rashford, Jesse Lingard and Fred start following scandal-hit Mason Greenwood on Instagram after Cristiano Ronaldo and other players unfollowed him over his arrest

Some Manchester United players have started following team-mate Mason Greenwood on Instagram after his arrest over allegations of rape and assault.

Stars like Cristiano Ronaldo, Paul Pogba and David DeGea unfollowed Greenwood, 20, after shocking claims that he attacked his 18-year-old student girlfriend at the weekend.

The latest to drop Greenwood, 20, was Victor Lindelof, but having unfollowed his colleague earlier this week, the Swedish defender has now restored the striker to a list of people he is following. 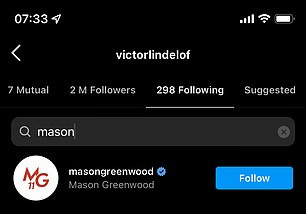 On Tuesday, Lindelof had stopped following his team mate. 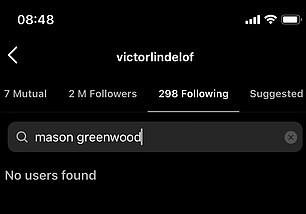 However, on Wednesday February 2 after his release from detention, Greenwood had been restored to the list of people Lindelof is following. 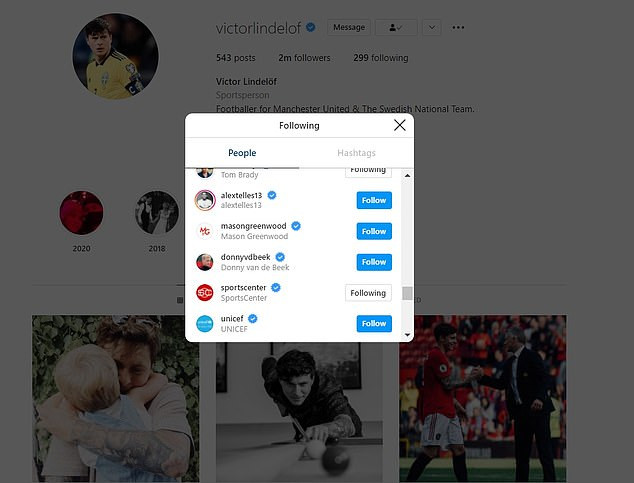 Marcus Rashford, Jesse Lingard and Fred, were not following Greenwood as at Monday January 31, but on Wednesday after the player was released on bail, they added Greenwood to the people they follow on Instagram.

The England striker was first detained on Sunday after distressing pictures and audio circulated on social media alleging he attacked his girlfriend.

On Tuesday, February 1, Greenwood was arrested again by Greater Manchester Police on suspicion of sexual assault and threats to kill and spent a third night in custody.

As part of the blowback following the allegations, Manchester United have also removed all Mason Greenwood merchandise from the club website and Nike has suspended the player’s sponsorship deal.

Cadbury also announced that Greenwood will not feature on any of their marketing products while the striker was removed from FIFA 22 in an update on Tuesday.