A man is trending on Facebook after he expressed his thoughts towards a 14-year-old neighbour.

The user named Nsi Kak revealed that his neighbours are travelling and are trusting him with their 14-year-old daughter who can’t travel with them because she has to go to school.

He went on to sexualize the girl by describing what “she’s carrying front and back”.

He added that he doesn’t trust himself and prays that he will not “Oxlade” the girl while alone with her.

By Oxlade, the Facebook user was making reference to the singer whose sex tape recently leaked. 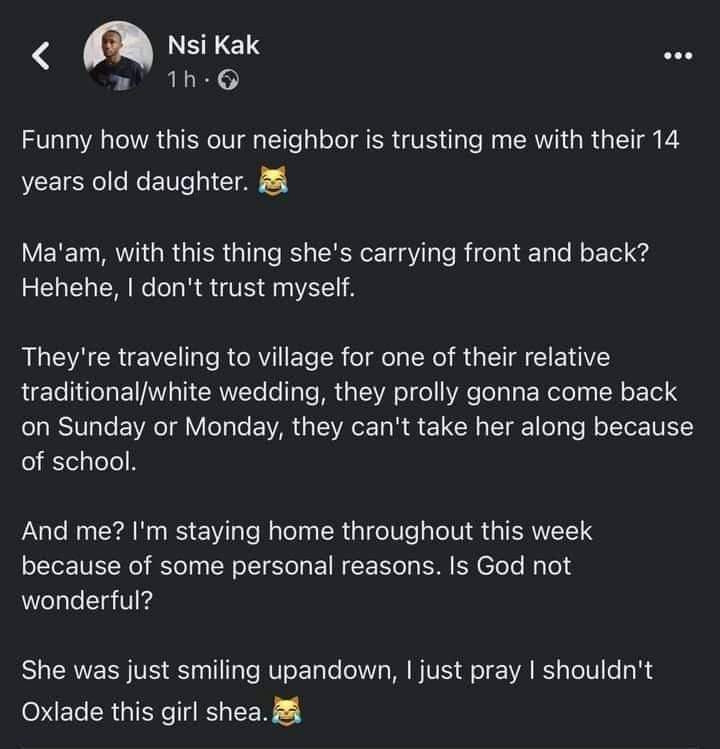