A man has gone viral on twitter after he revealed how he rewards his wife for standing with him when he had nothing.

He shared his story in response to a Twitter user who revealed that she had to leave a man she loved to better her life when she got a chance to go to school in Canada.

The man responded, thanking God that his wife did not have that mindset when he met her.

He tweeted: “Thank God my Mrs did not have this kind of mindset. I was broke, had nothing and she still believed in me and she lifted me. And this is why I tell my side chicks ‘no matter how e sweet reach, I can never leave my wife’.” 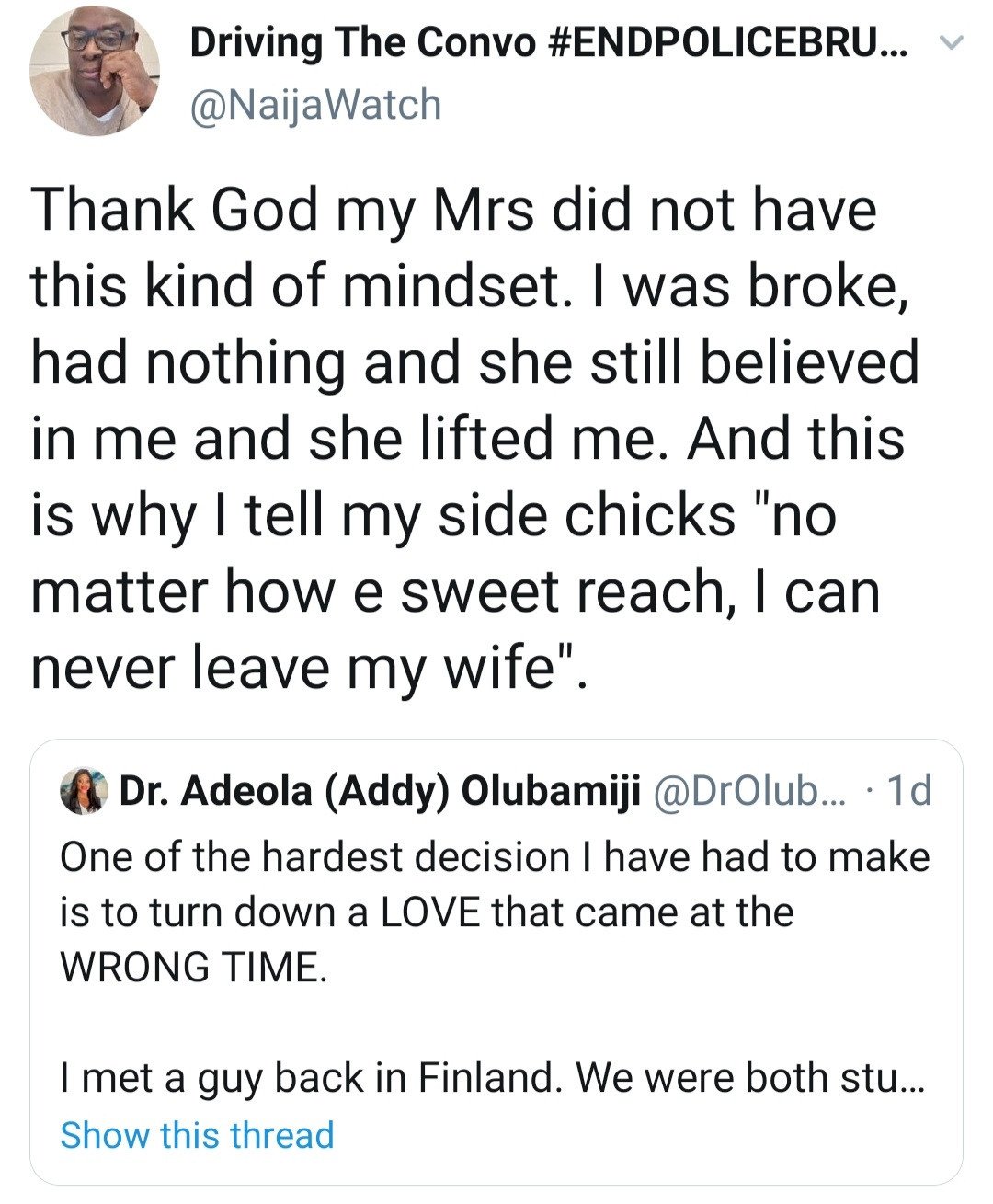 His tweet immediately went viral and while he was hailed by many men, some Twitter users questioned him for being unfaithful to his wife.

To the critics, he responded: “It is how God wired us men.”

Asked how he maintains his home despite his infidelity,  he replied: “Take care of the home first. Put Madam 1st, Pay all the bills and then play small!”

See the rest of his response to critics below. 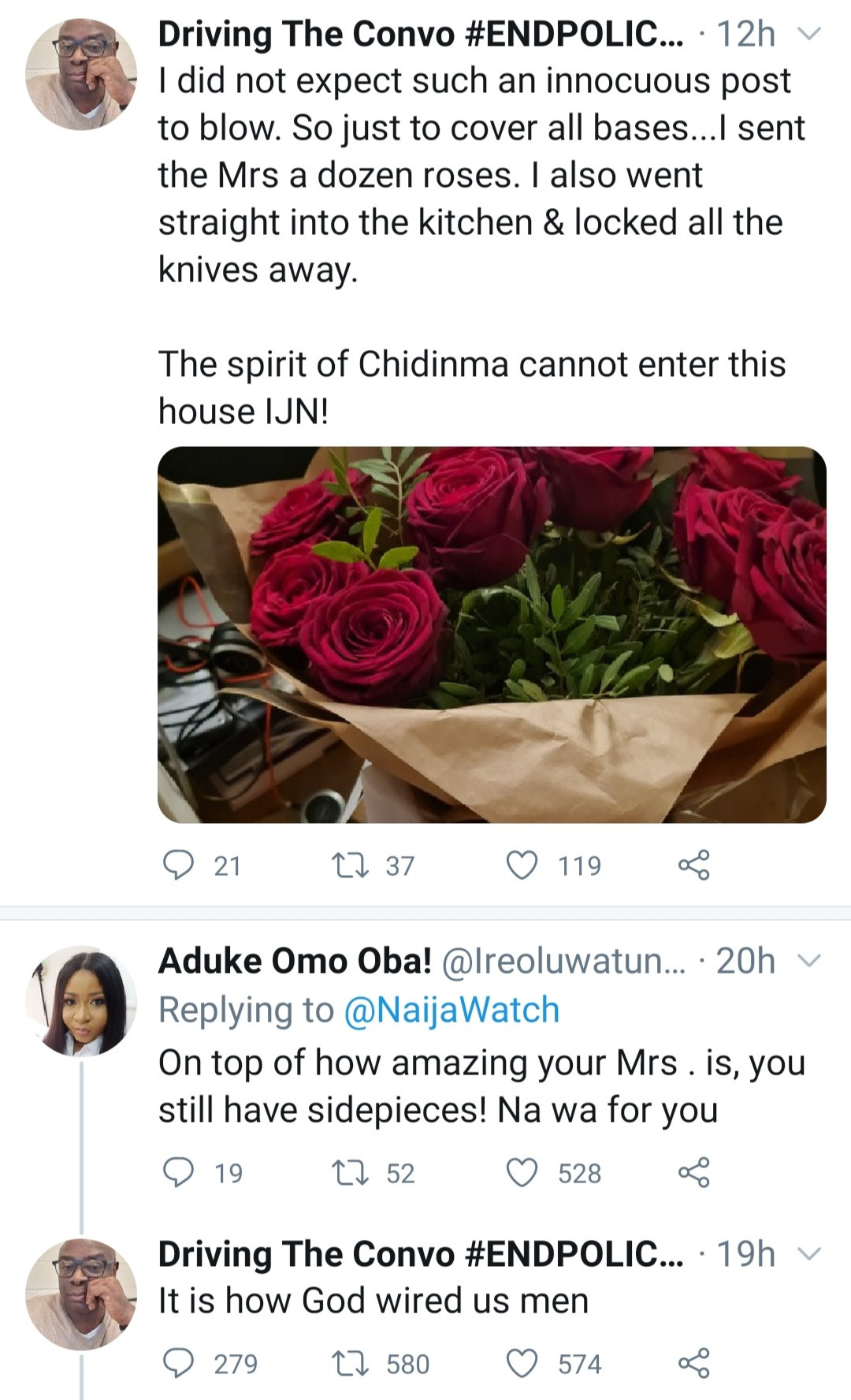 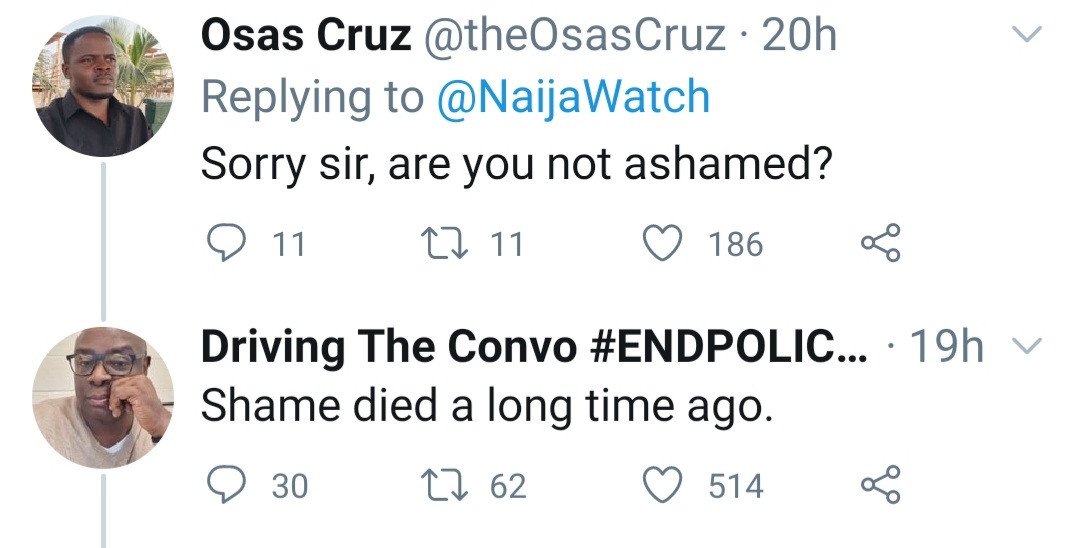 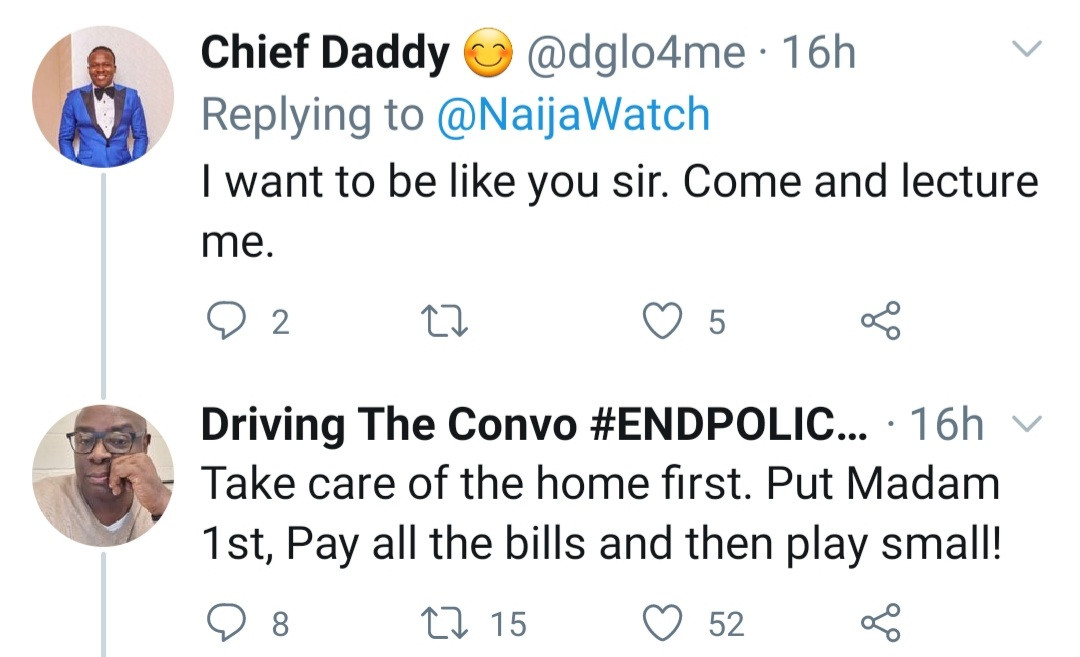 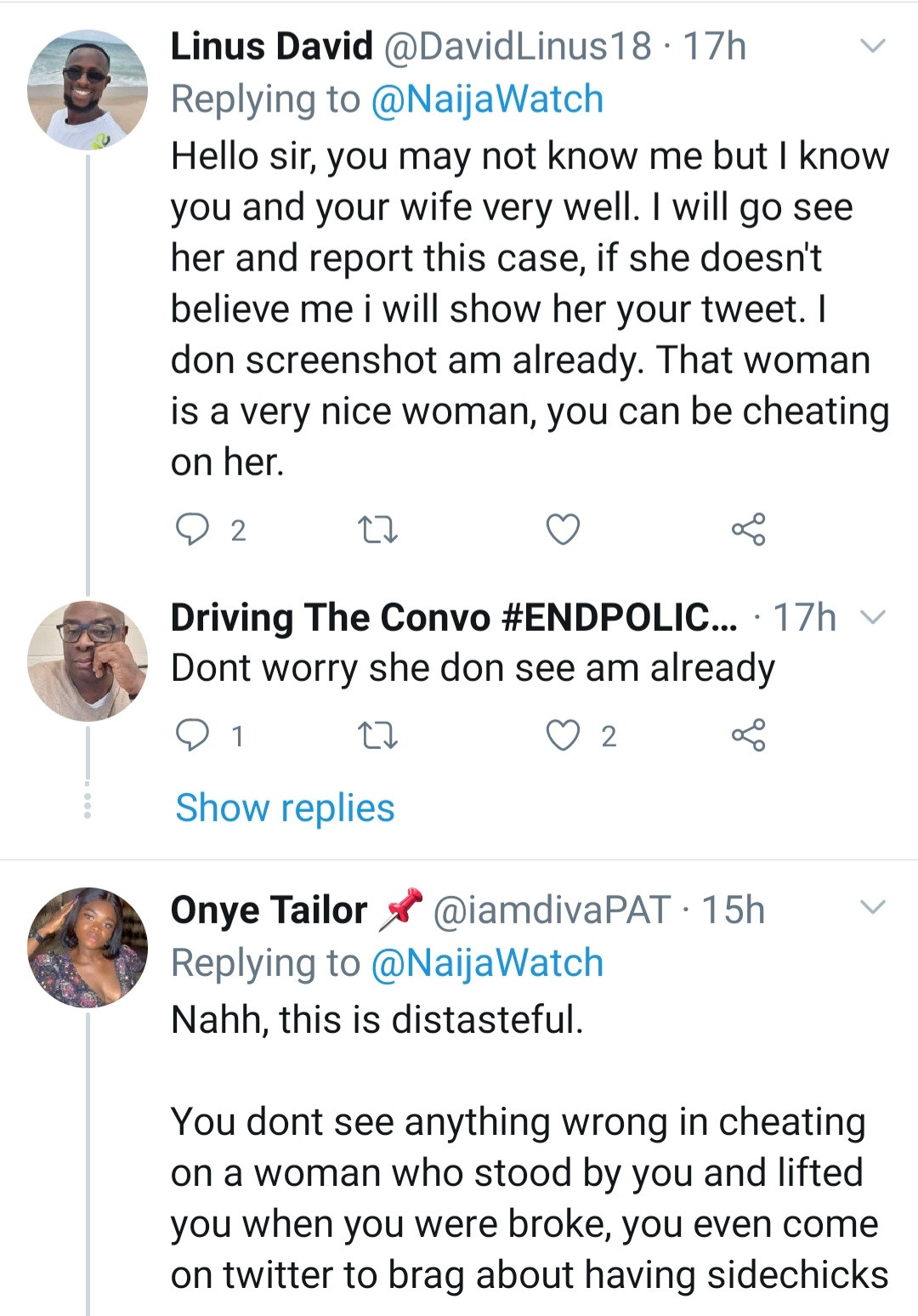 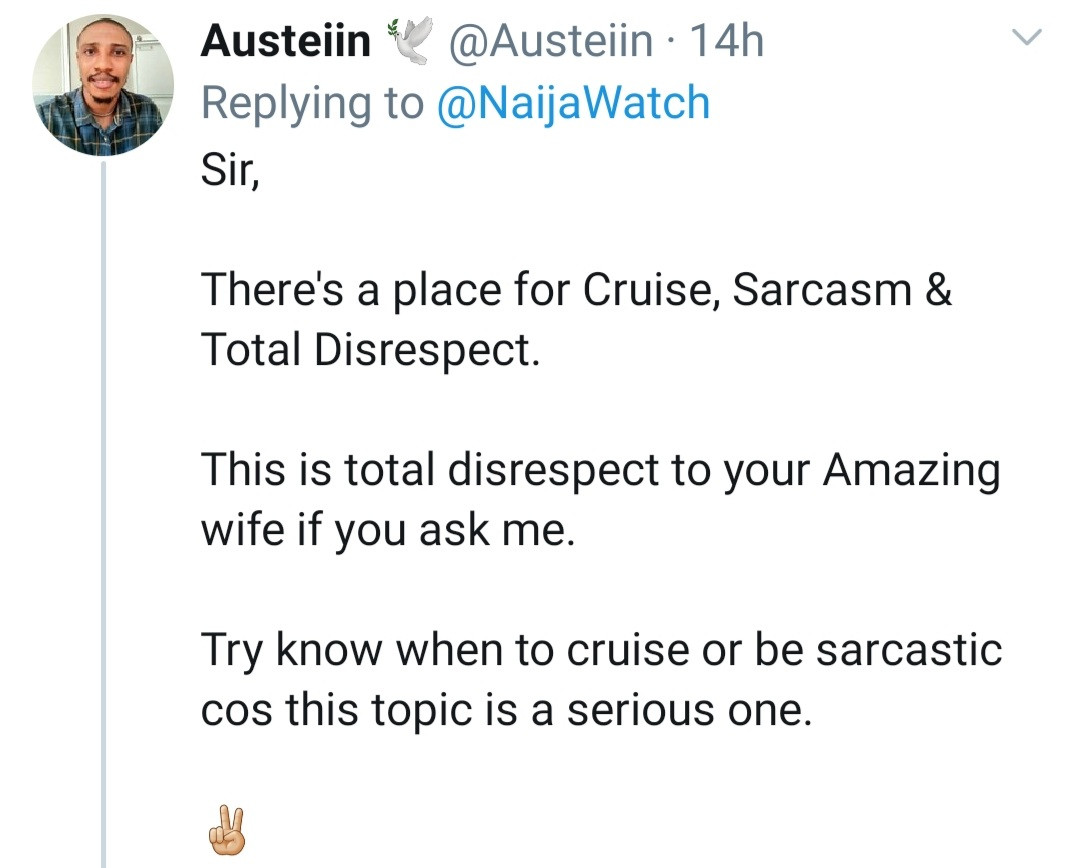