A Nigerian man has taken to his Twitter handle to reveal what he did to a lady who went on a one week vocation with him and refused to have sex with him.

According to the twitter user simply identified as @Mullahco, he took her for a one week vocation and she refused to sleep in his bed.

He later revealed that she called her friend and told her she was coming back in a week time unknown to her that he had other plans.

He further stated that he had to move her return flight ticket for the next day and she had to move from the hotel at 9am for the 4pm flight.

He then sent the reversed flight ticket to her WhatsApp. The action made her to agree to sleep in his bed but guess his mind was already made up.

He stated that the night before the next day, the lady tried all she can to seduce him but his mind was made up, he vowed not to touch her till the next morning.

Mullah went further to said he gave her money for Uber when she arrived but rather she was asking for money money, he got angry and collect back the Uber money.

See the trend below: 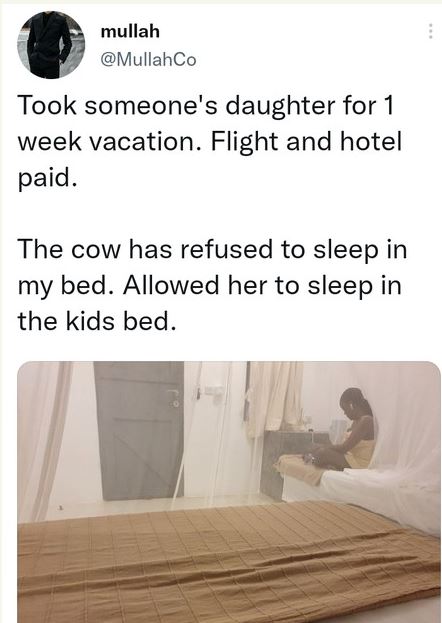 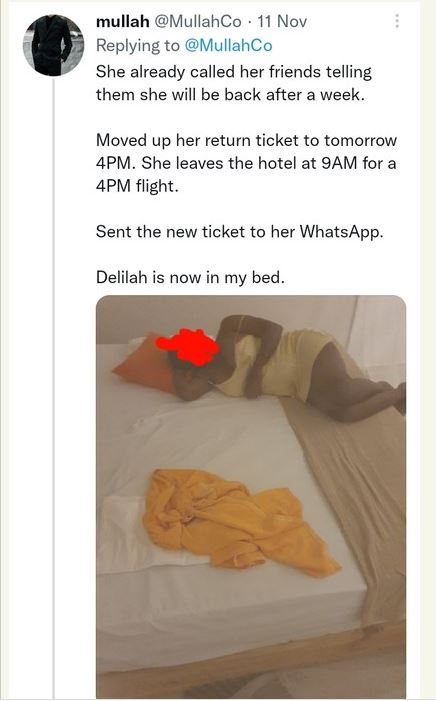 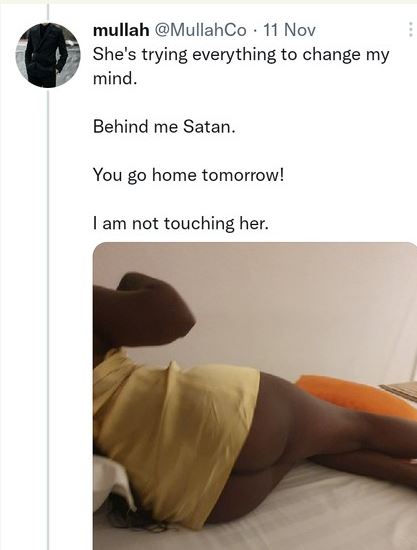 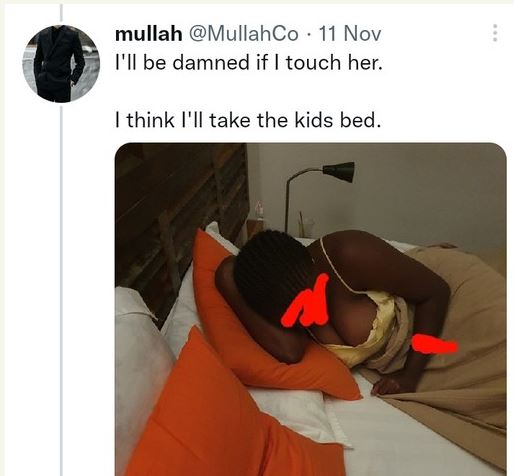 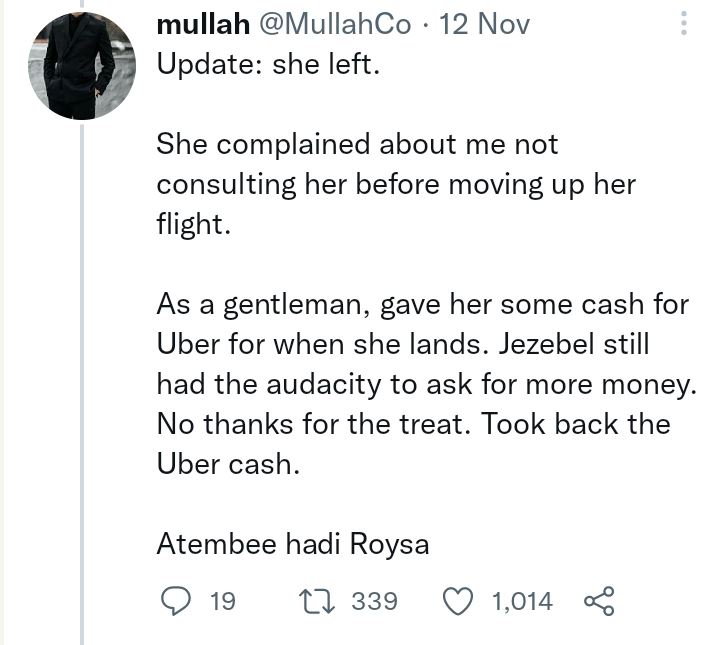 Buhari To Ramaphosa: We Need To End Unhealthy Competition Between Nigeria, S’Africa