A Nigerian tourism promoter has taken to his Twitter handle to express his sadness after a military officer cut his hair at a checkpoint in Kaduna.

He mentioned that when the military officer saw that he wasn’t interested in cutting his hair, he ordered his colleague to use a scissor they had to cut it. The Twitter user mentioned that when he tried to resist them from cutting his hair, he said the officer corked their guns and threatened to shoot him. He said he was forced to allow the military officers to cut his hair against his will. 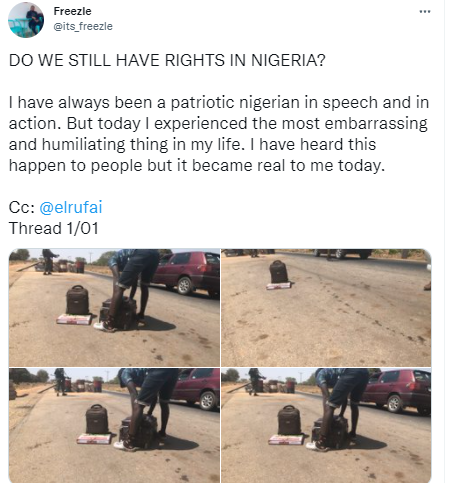 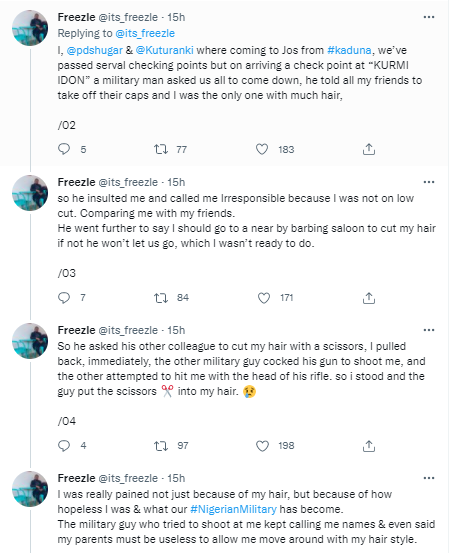 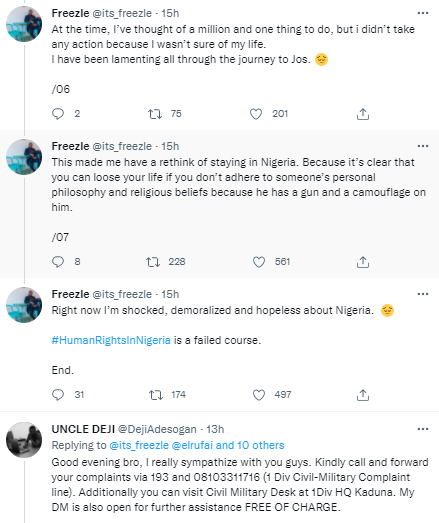