The couple at their prewedding dinner last night

A police officer from Jigawa State, Nasiru Ya’u Abba Kazaure has died in a motor accident a day to his wedding.

It was gathered that the officer was killed in the auto crash while coming back from his pre-wedding ceremony in the early hours of Friday, January 7.

It was further learnt that the deceased was an orderly attached to the Chairman of Kazaure Local Government Area of Jigawa state. 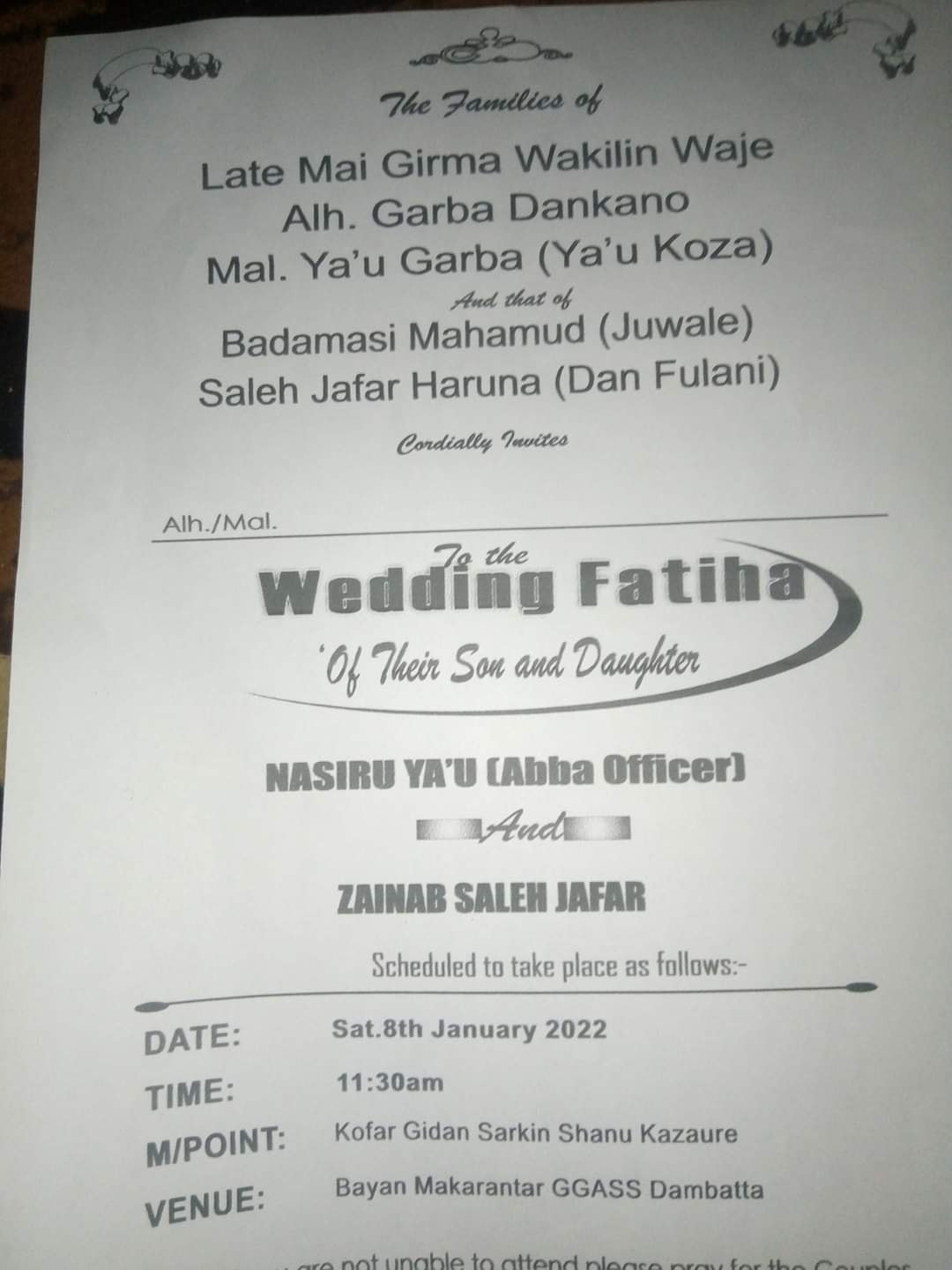 Friends of the deceased officer have taken to Facebook to mourn his death. See their posts below… 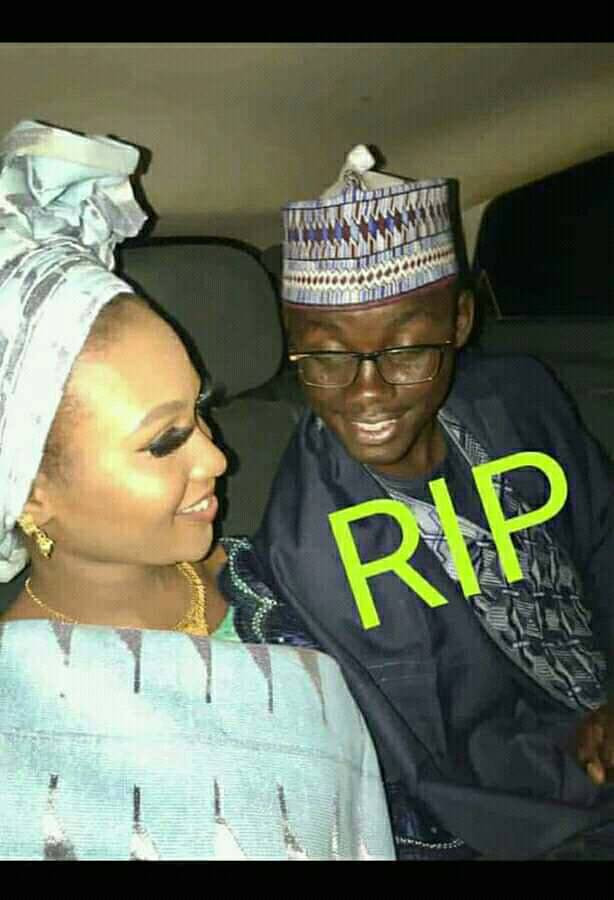 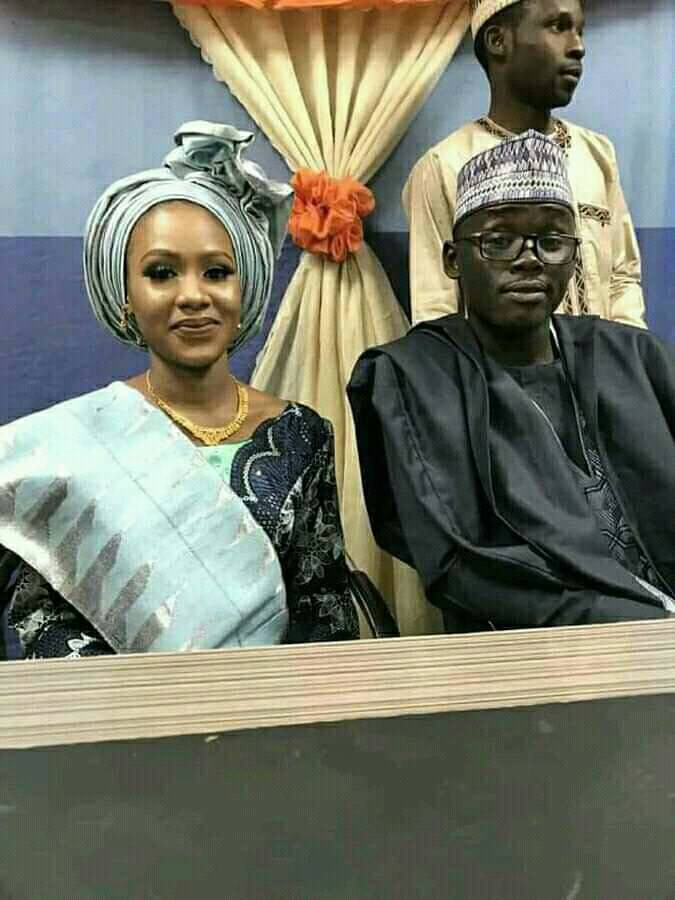 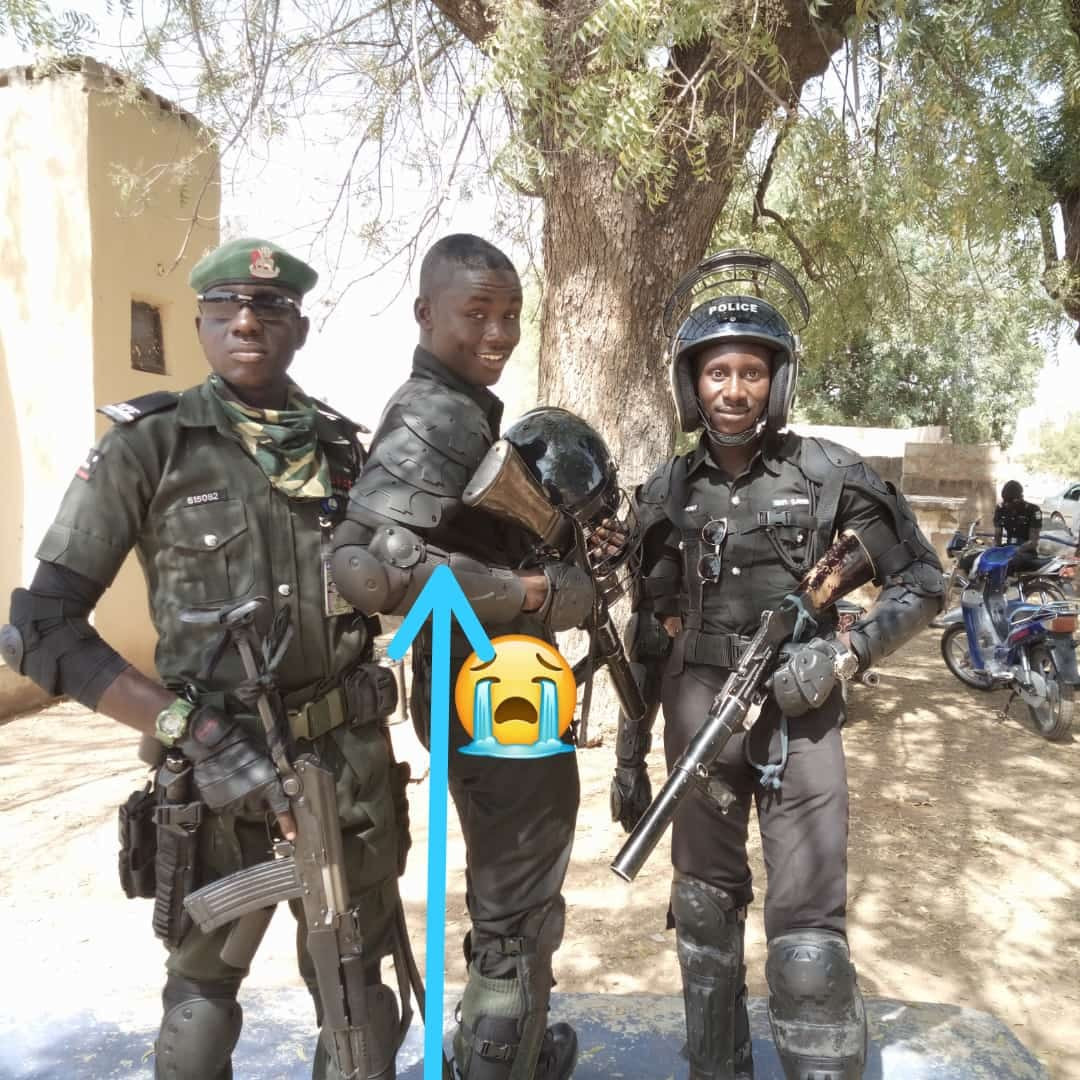 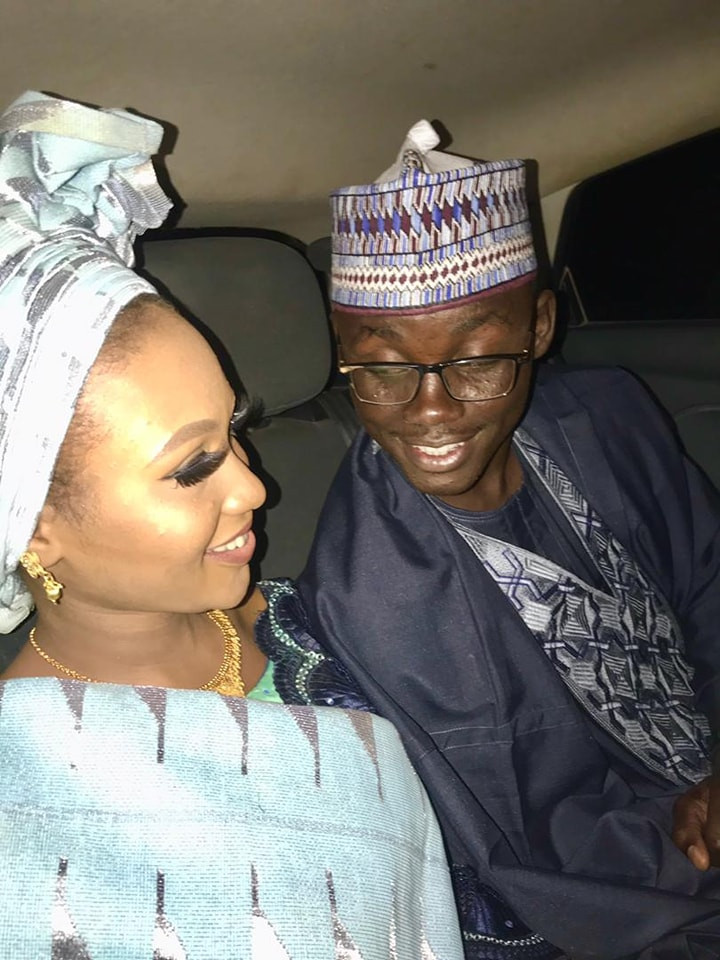 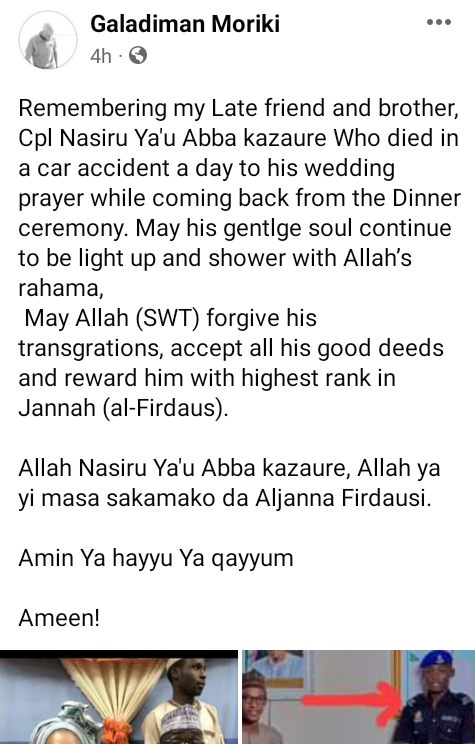 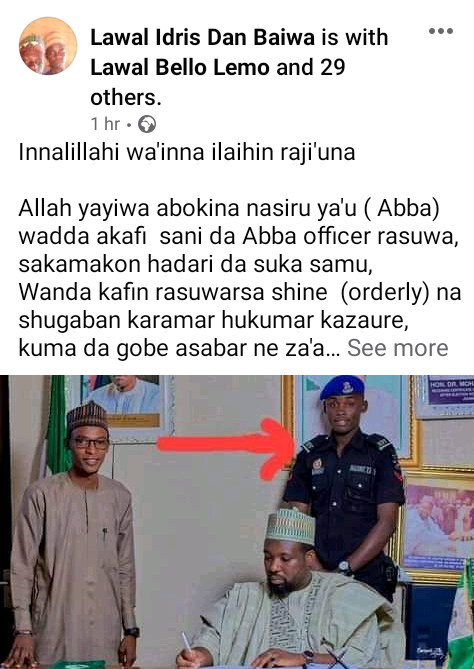 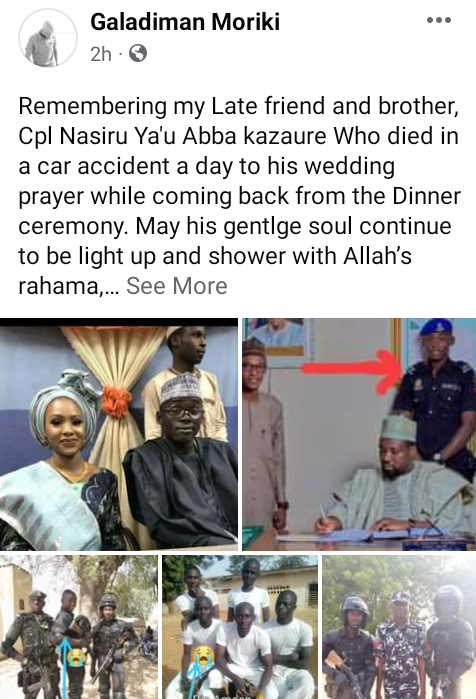 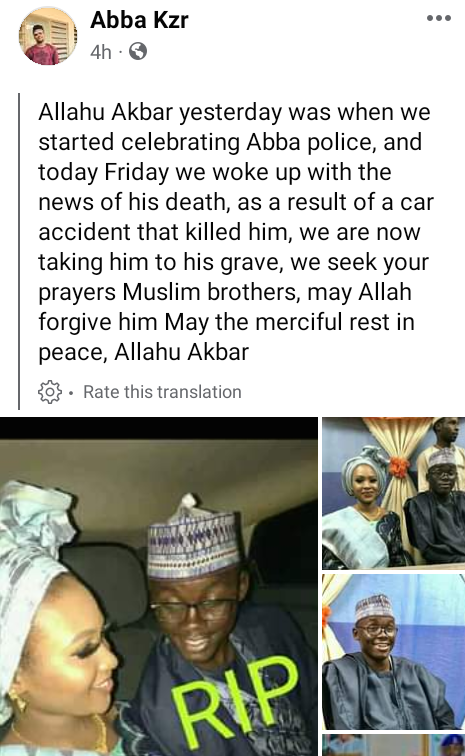 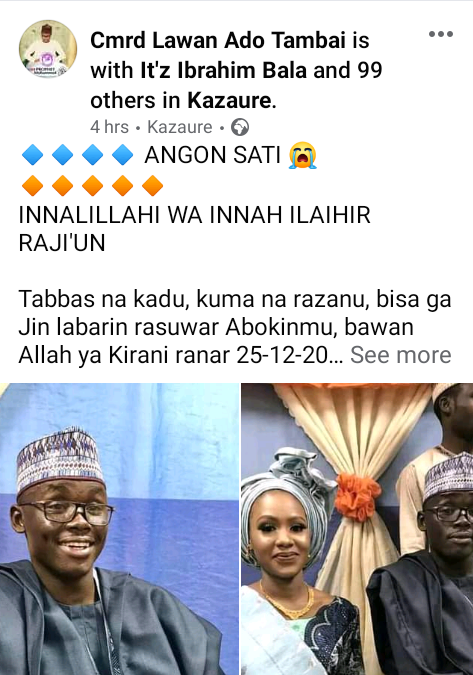 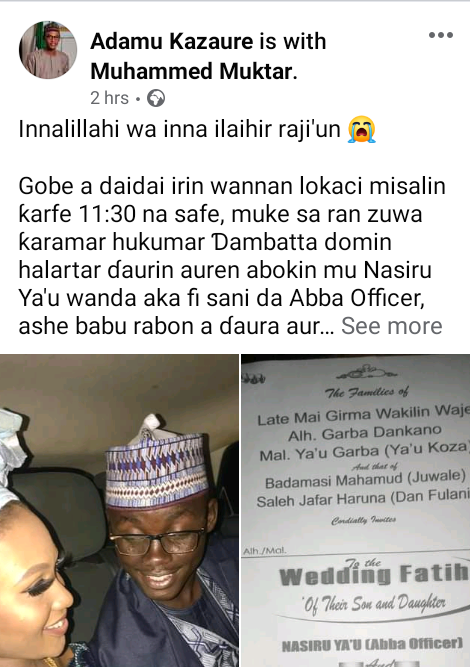 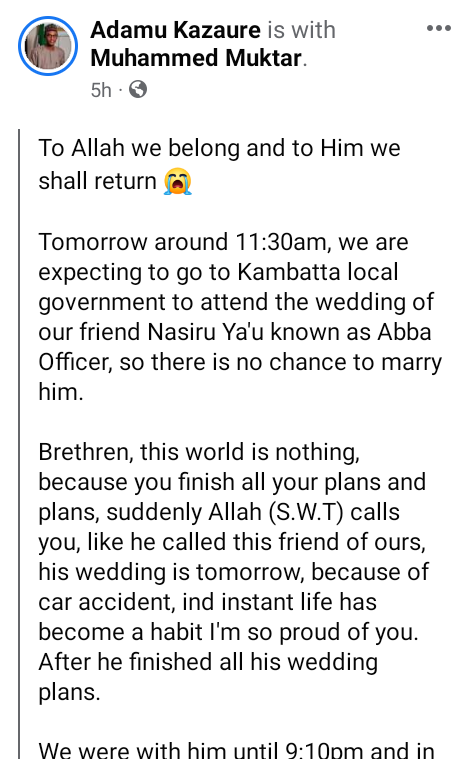