The National Agency for the Prohibition of Trafficking in Persons (NAPTIP) has arrested a private school teacher, Chioma Johnson, who has been allegedly maltreating a 10-year-old boy under her care in Makurdi, Benue State.

The Benue NAPTIP Commandant, Gloria Bai, who confirmed the incident said that the suspect had been granted administrative bail.

“The command received a complaint from a reliable informant about a case of child abuse at Wadata behind Family Health Care, Makurdi. Officers of the command immediately swung into action and a 10-year-old boy was rescued and the suspect arrested,” she stated.

“The suspect, Mrs Chioma Johnson, is a nursing mother who hails from Abia State. The suspect’s husband is an uncle to the victim. Preliminary investigation revealed that the victim has undergone physical abuse; there are lots of scars on the victim’s body and also, a medical evaluation showed that in addition to the physical abuse, the victim was malnourished. The case is still under investigation.” she added.

It was gathered that the victim was brought from Johnson’s husband’s village to live with the couple at their residence on Zakibiam Street in the Wadata area of Makurdi.

Human rights activist, Ukan Kurugh, who alerted NAPTIP,  said that the woman popularly known as mama Ifeoma, has allegedly been abusing, torturing and starving the boy for about three years.

“Mrs Chioma who is a private school teacher has maltreated and abused this little child for about 3 years now. The boy is a son of a relative from her husband village, and he has no one to take care of him in the village. That is why the woman is maltreating him,” he said.

“She denied the boy of an education. While her four biological children attended school, this child is locked up inside the house.

“If one takes a casual glance on this child, one can easily see the gravity of the body injuries she has inflicted on him. And how malnourished he looks, as a result of not been fed most time.

You can see the scars on his buttocks and on his head as a result of the hot leather she poured on him. She used razor to scrape the boys head before pouring the hot leather on him, so that he will get to feel the pain more. She will heat her kitchen knife and use it to burn the skin of this child

“When we try to intervene, she refused to stop unleashing mayhem on the child. She claims the boy stole soup from the pot, and she will punish him as much as she wants, and nobody can stop her

“The child never leaves the house, when ever she and her children go out, they lock up the boy in the house; he will stay at the window and beg passerbys for water and food

Her husband, is fully aware of the situation, and does nothing to stop it. Although he wasn’t at home when we arrived to make an arrest, but a call was put across to him to come to the Makurdi NAPTIP Office. The woman and the child is now in the custody of NAPTIP, for the law to take its due course. 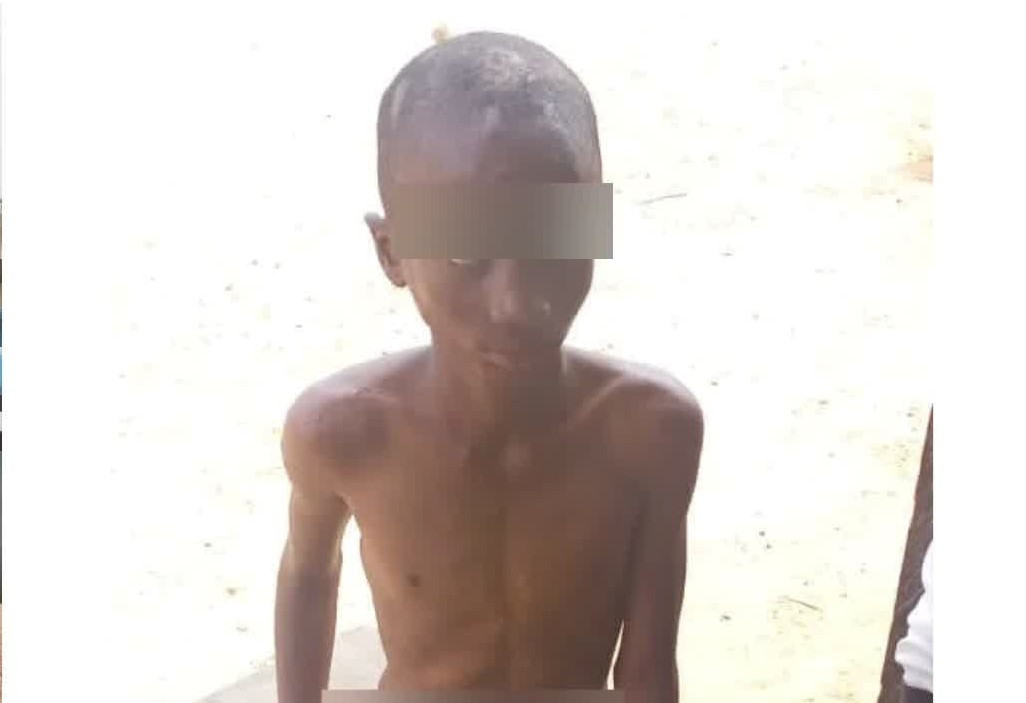 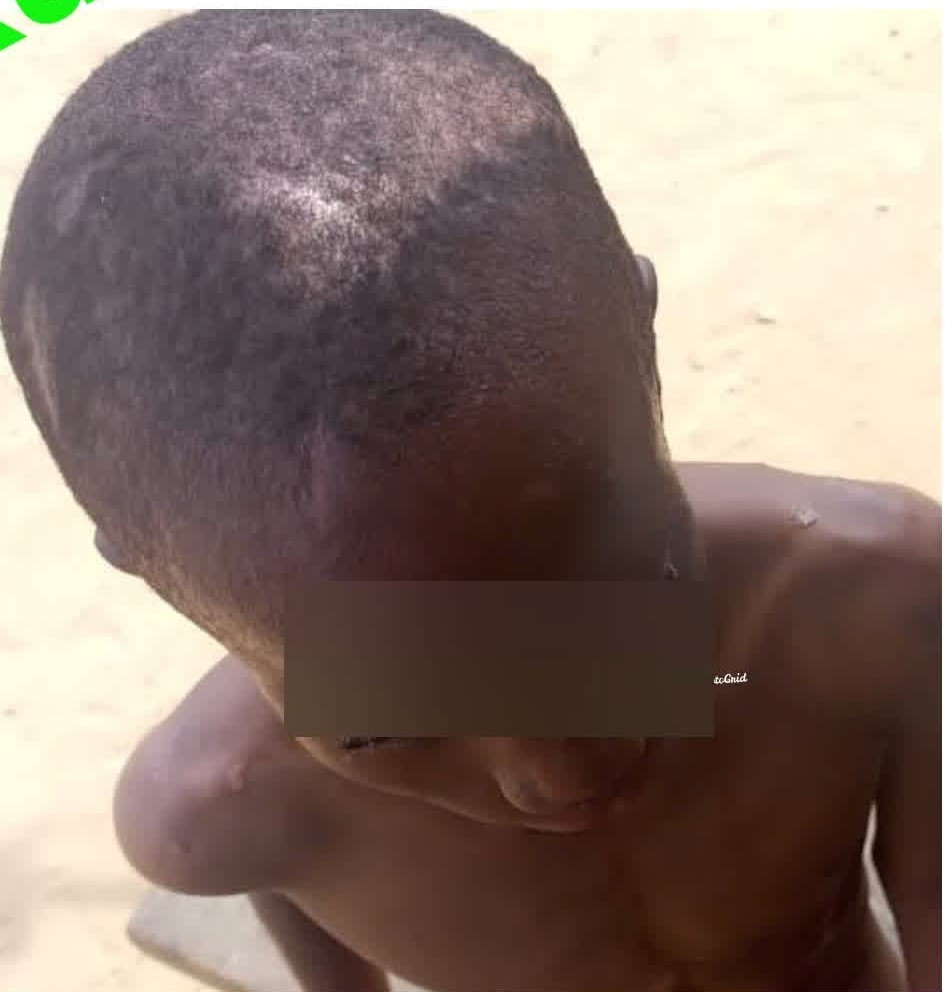