Makeup artist and model, Nara Ozim insists she was sexually assaulted by photographer after Twitter users accused her of making a false claim

Nigerian makeup artist and model, Nara Ozim has insisted that she was sexually assaulted by a photographer after Twitter users accused her of making a false claim.

Nara was called out by Twitter users for returning to the platform where she took a short break from, without apologizing for allegedly falsely accusing a photographer of sexually assaulting her.

Reacting to being dragged on the social media platform, the model insisted that she has worked with so many brands and can’t just wake up and accuse any photographer of sexual assault.

Admitting that owner of the brand she was shooting for stated that she never noticed any sexual abuse on the set, Nara maintained her personal assistant is her witness if the case ever gets to court.

She also disclosed that her mother reaching out to the photographer to beg him after he threatened to file a lawsuit, made it look like she cooked up her story. She further maintained that she stands by what she accused the photographer of.

See her tweets and the video evidence she presented……….. 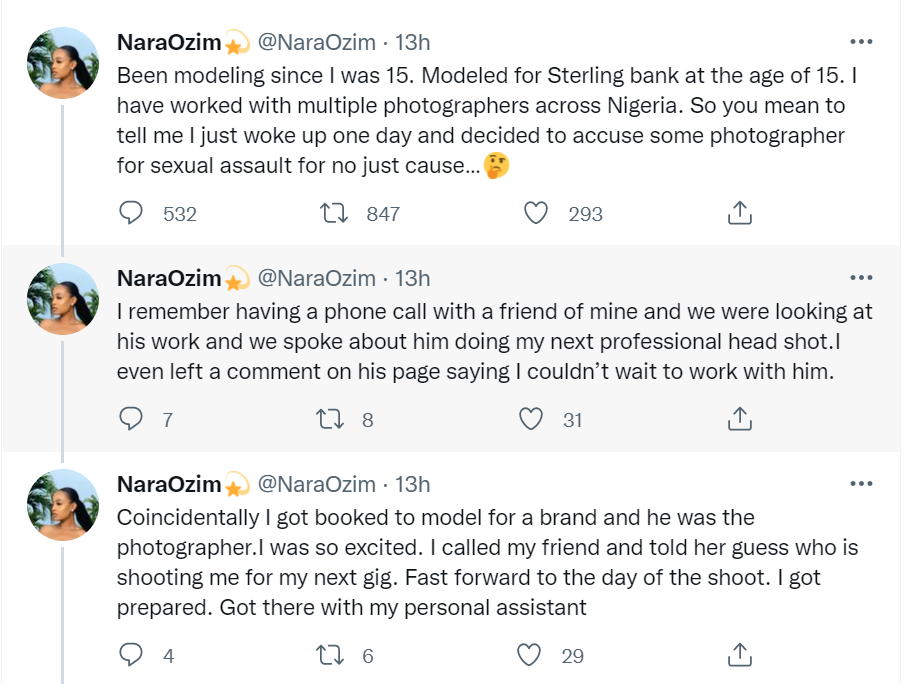 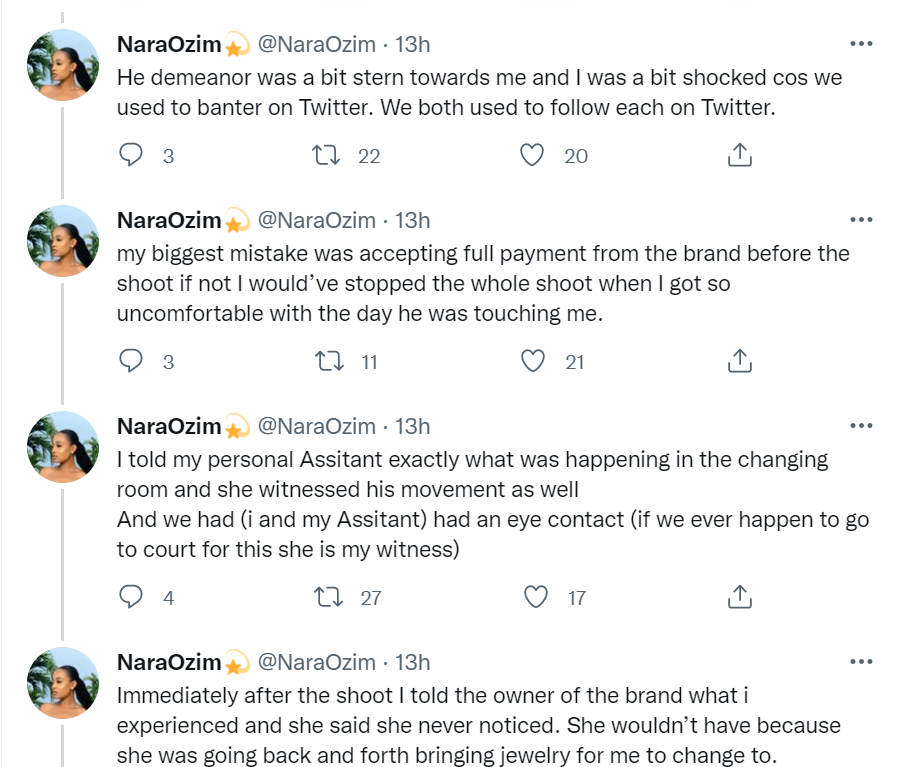 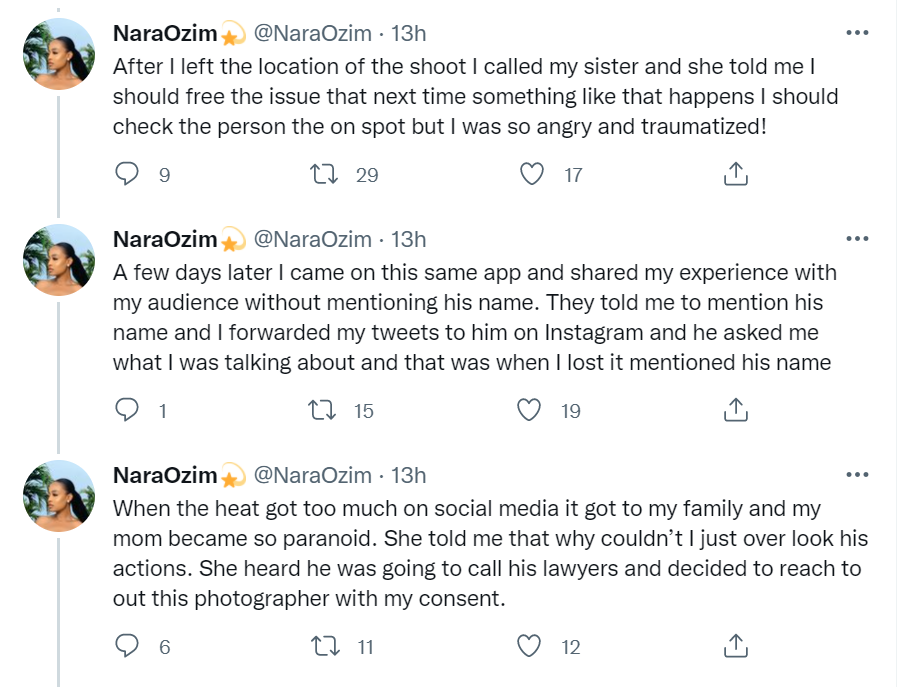 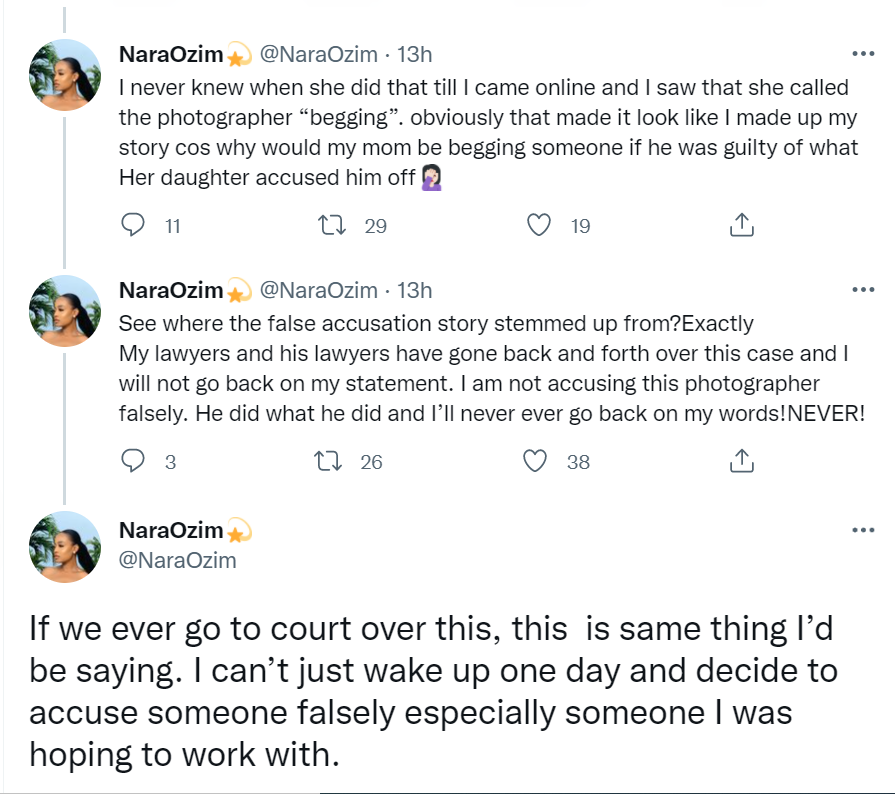