“Less perfection, more authenticity in 2022” – DJ Cuppy writes as she shows off her bare face

Billionaire daughter and Disc Jockey, Florence Otedola popularly known as DJ Cuppy, has taken to social media to show off her bare face.

The gelato crooner in an Instagram post stated that she would focus on being authentic this year, rather than being perfect.

Cuppy, who has repeatedly been a victim of cyberbullying, added that she promised her mum that she wouldn’t post negative comments about herself this year.

According to her, she will focus on loving herself publicly. 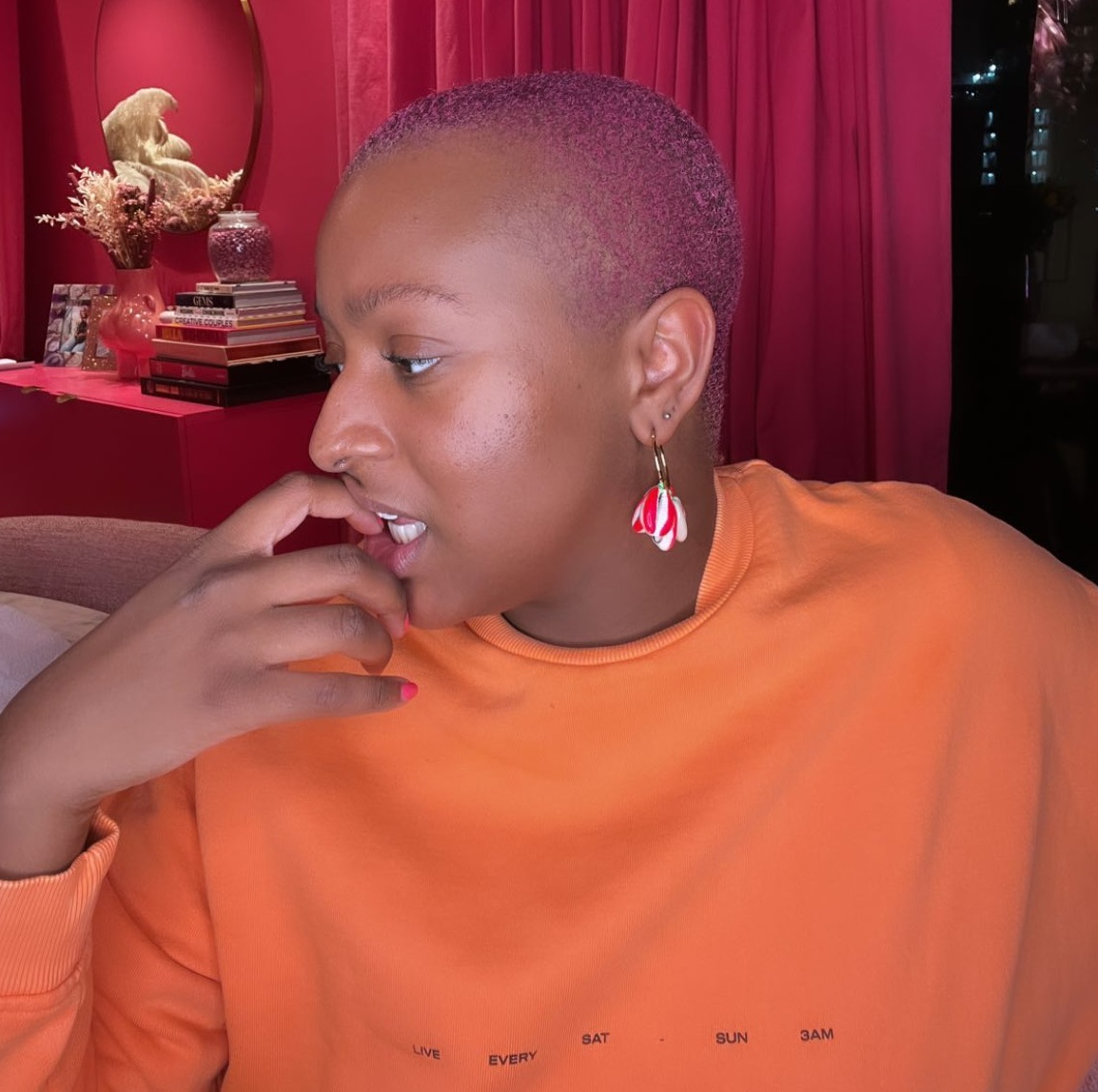 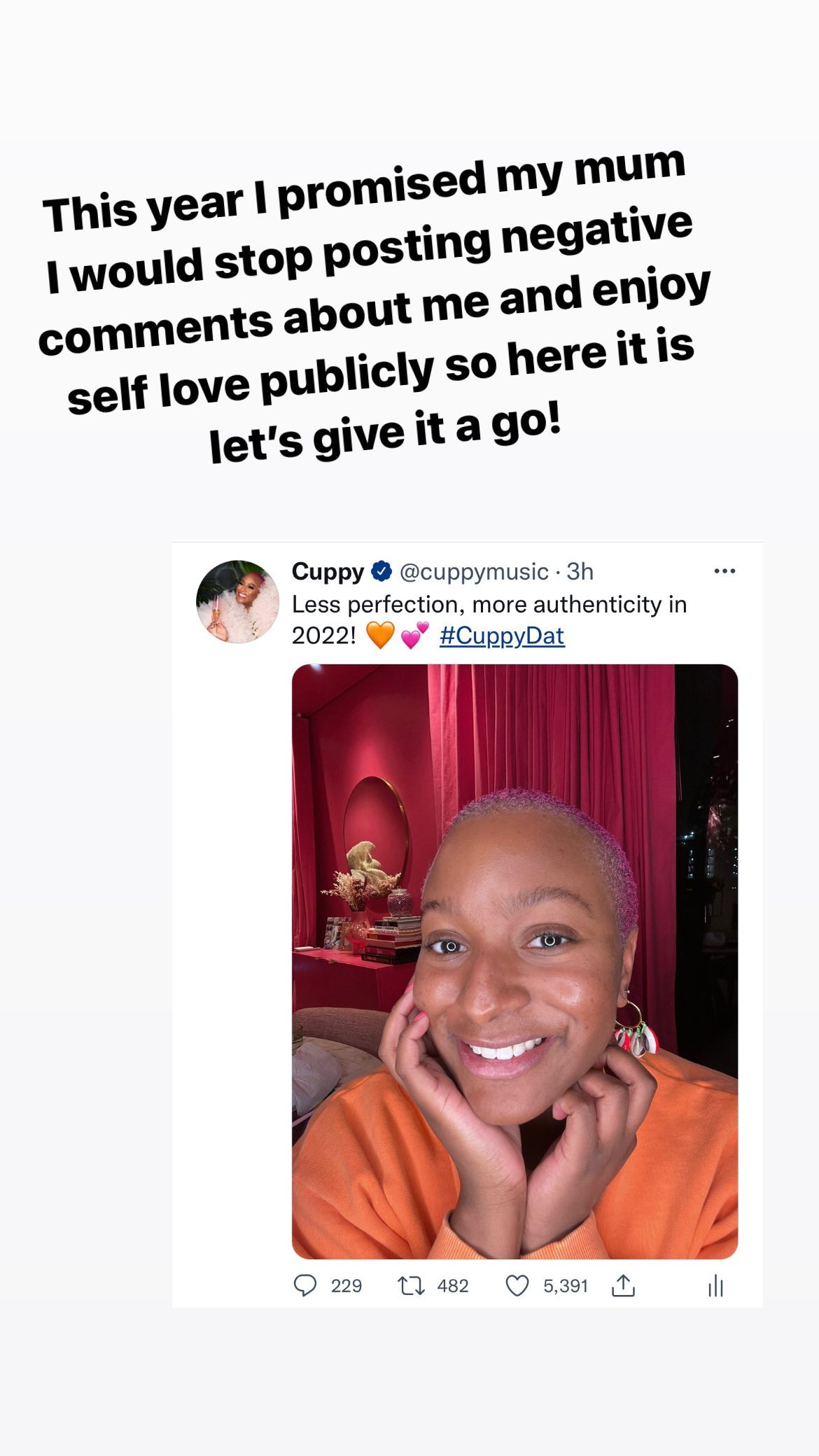 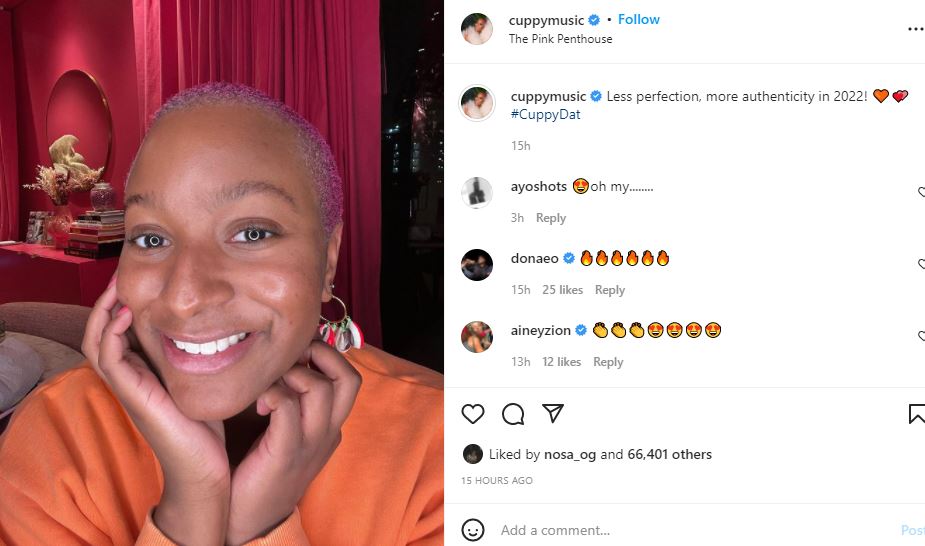 A while ago, DJ Cuppy recently reacted after she was body-shamed by a troll on Twitter.

She had taken to the micro-blogging platform to share adorable photos of herself as she vacations in Dubai.

However, while fans gushed over Cuppy’s beauty a troll decided to make unflattering comments about her looks.

“The face and the rest of the body colour don’t match.Legs like an athlete, bloated tummy like a pregnant woman,excess fat on the upper body”. the troll wrote.

When one would have expected Cuppy to lambast the troll, she simply sent her hugs and kisses in her response.