A Nigeria lady has shared the response of an alleged bully after she was called out by her alleged victim.

According to @tejumania on Twitter, the victim who was a student of the Federal Government College, Ogbomoso, took to Instagram to call out a lady who allegedly bullied her in school.

In reaction to this, the alleged bully simply identified as Abiodun, slid into her DM and hurled insults at her for labelling her a ‘bully’. She also insulted her parents and called her unprintable names.

Sharing screenshots of the messages, @tejumania stated that students who attended the school between 2005 and 2010 were scared of Abiodun and her clique because they were allegedly bullies.

“Someone from my secondary school mentioned her bully on IG, look at what this girl & her friends did. Bully as teenagers, Bully as adults. If you attended FEGGO between 2005 to 2010, you shld knw “Olabisi girls”, even if u have no personal encounter with them, you dread them.”

This comes on the heels of the controversy surrounding the death of 12-year-old Dowen College Student, Sylvester Oromoni, who was allegedly attacked by his school mates.

Read the messages below, 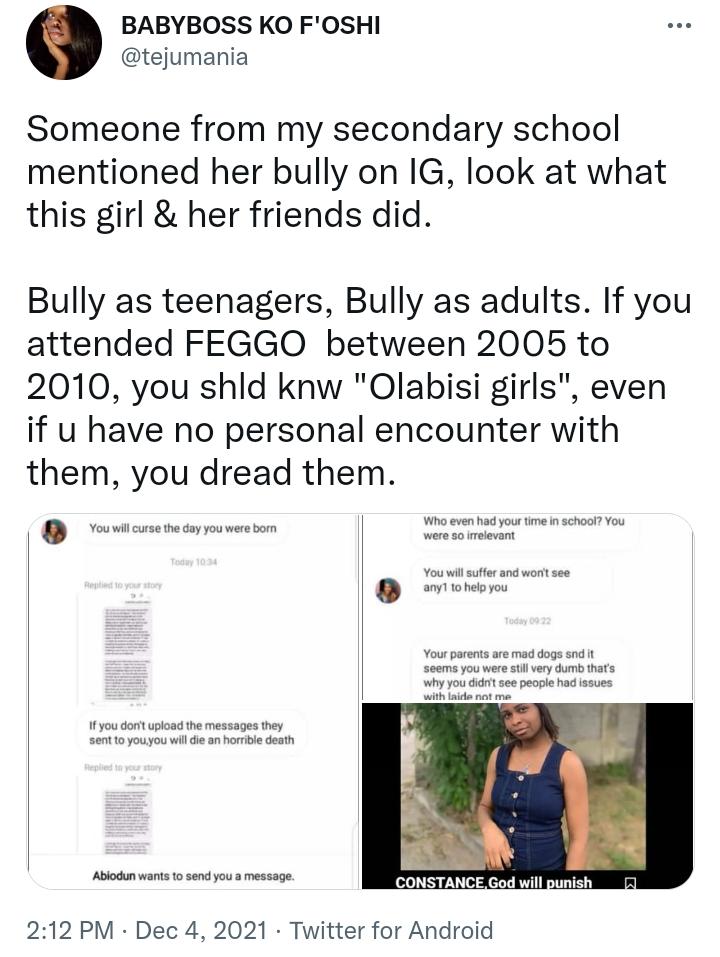 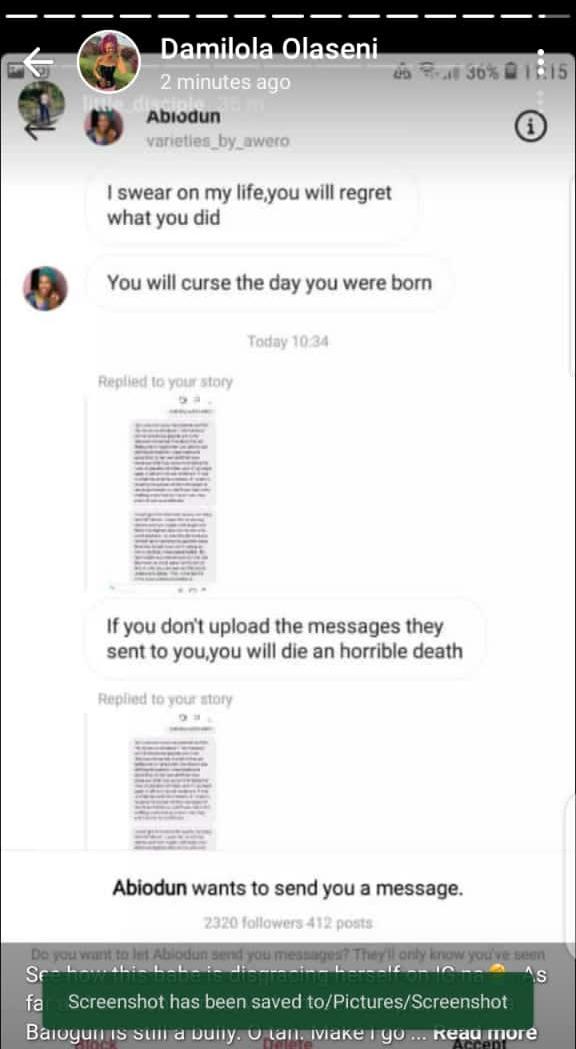 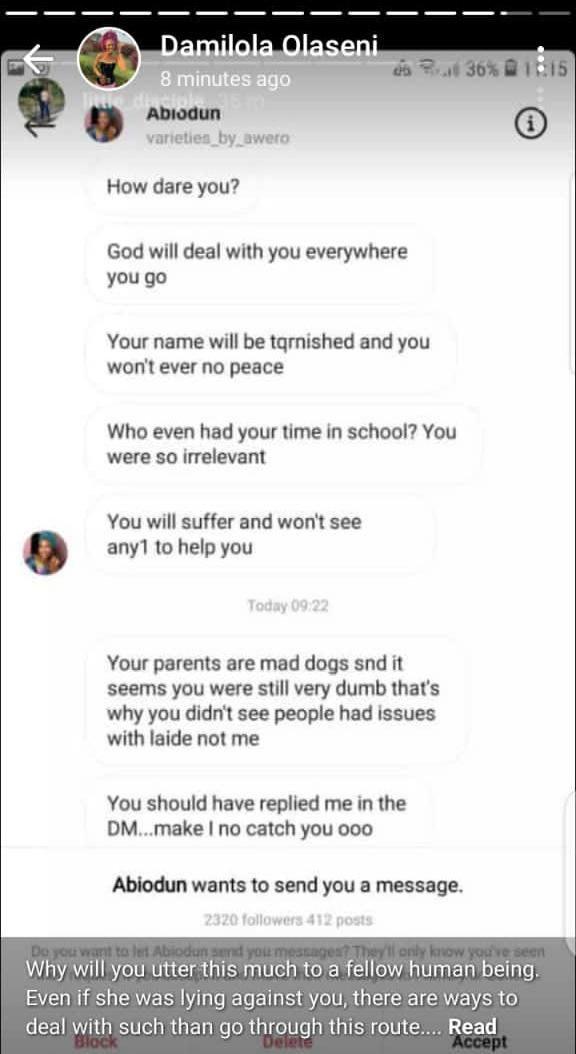 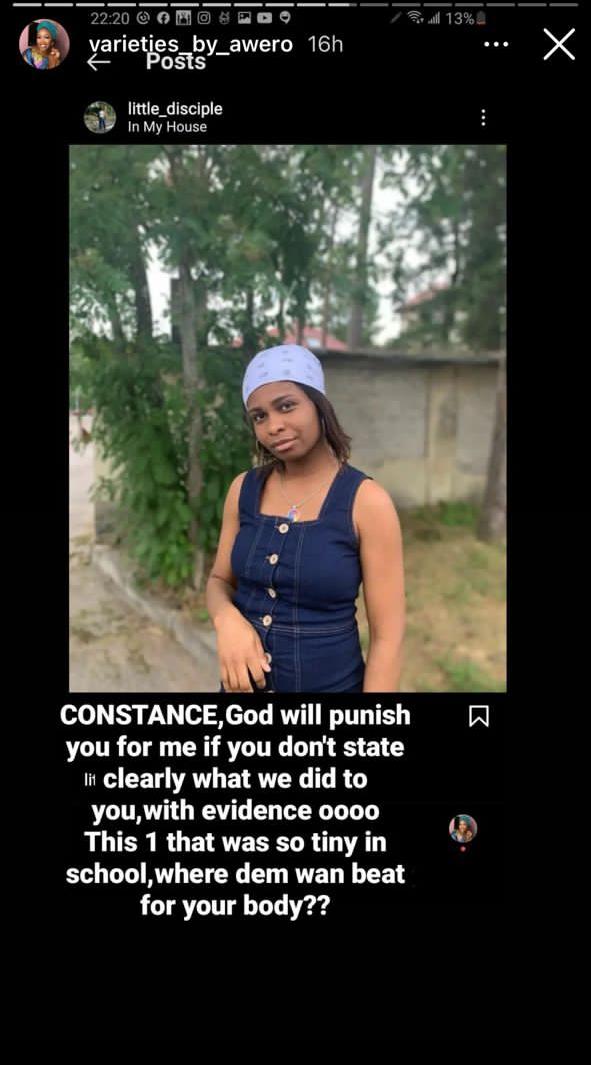