A Twitter user has given an update two months after showing off her “amazing” boyfriend she claimed turned her world around.

@Ch0colate937 had in December 2021, expressed how much she loves her boyfriend she met off Twitter, and also listed some of the “romantic” things he’s been doing for her.

She wrote at the time;

I met this man off Twitter and he turned my entire world around. I love this man more than I’ve ever loved anyone before. My birthday has been AMAZING from the moment I woke up and he keeps the surprises coming!! He’s even feeding me my dinner y’all

Giving an update now, she noted that she bragged so much about her man and all she got was getting cheated on and unreciprocated energy. The Twitter user also attached the hashtag “#single”.

I bragged on this nigga HARD and all I got was cheated on and unreciprocated energy. #Single 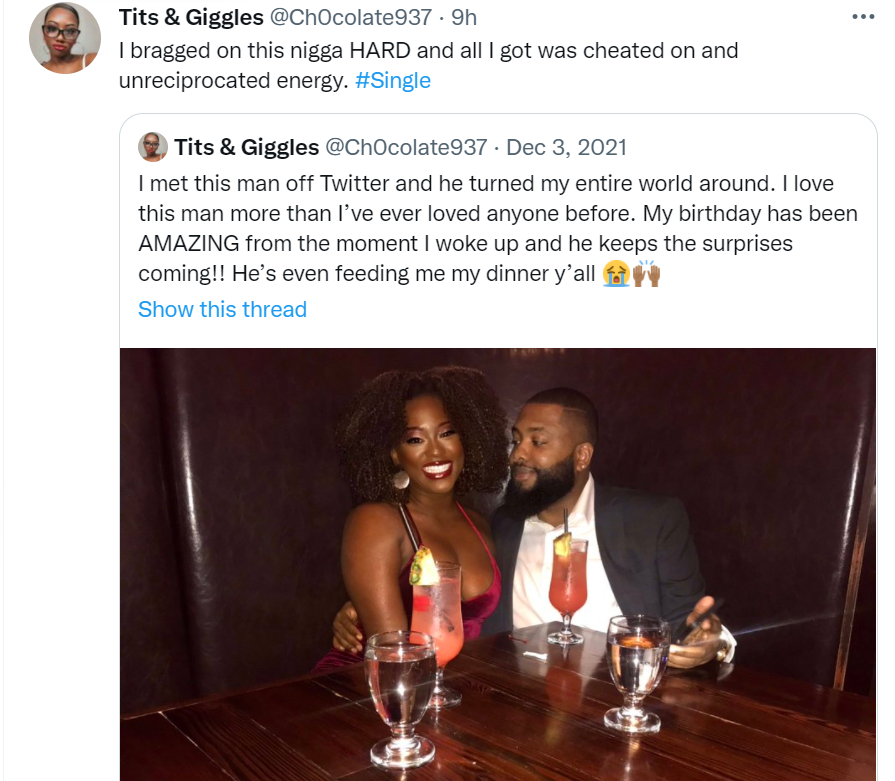